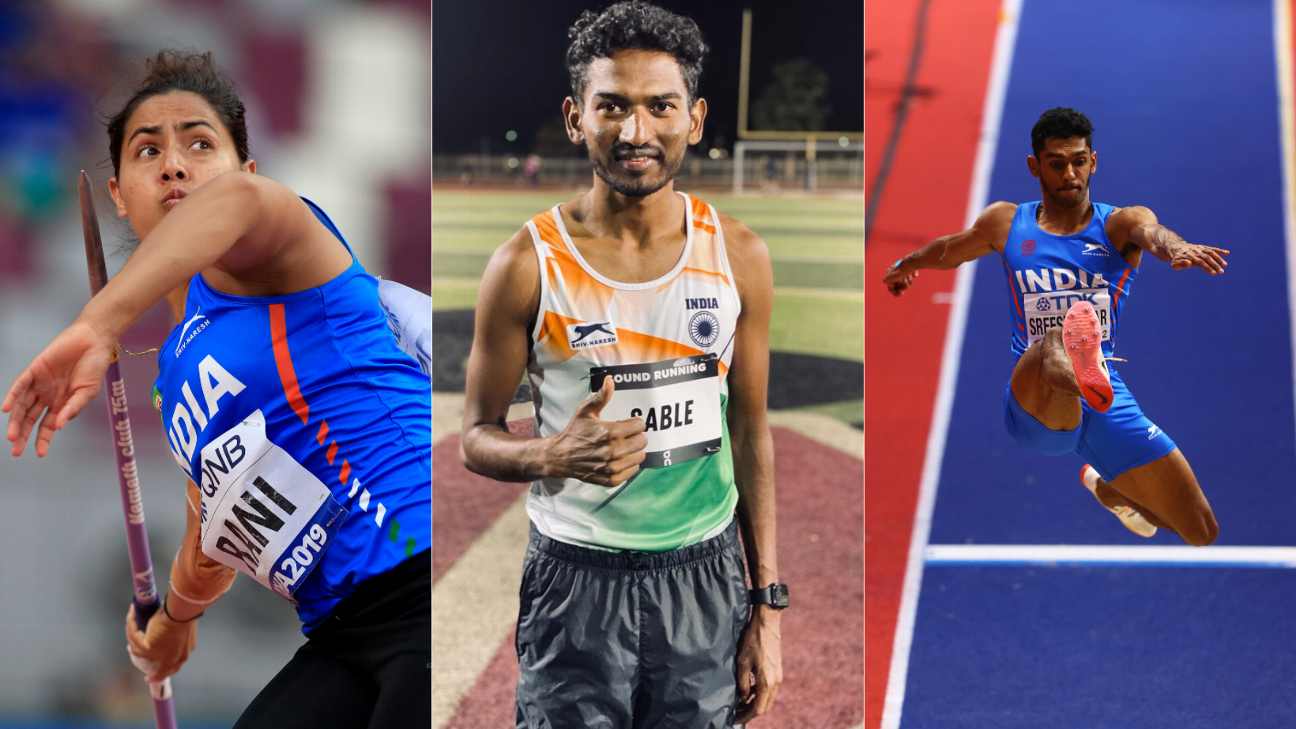 On Tuesday, Jyothi Yarraj broke the women’s 100m hurdles national record while winning the Cyprus International Meet in Limassol. Over the past few months quite a few track and field national records have been broken, but just how many?

Here, we simply list out the athletics national records broken in the calendar year 2022 (up till May 11 – we will continue to update this list through the year):

We start with Yarraj who smashed the two-decade-old record on Tuesday (May 10). She had, in fact, ‘broken’ the record twice before, when she ran 13.09s in the Federation Cup earlier this year and in 2020 when she ran 13.03s at the Inter-University championships. The first was not counted as the wind speed was +2.1 m/s (just more than the permissible 2.0 m/s) while the second was discounted because NADA didn’t test her and the AFI didn’t have a technical delegate on ground. Now, finally, the record is hers.

Rani broke her own NR en-route winning gold in the Indian Open Javelin Throw competition in Jamshedpur on May 8. Rani had taken part in the Tokyo Olympics, where she’d finished 14th, with a below-par 54.04m throw. Her latest throw, though, appears to be evidence that she has put that disappointment behind her.

Sable is, by a distance, India’s greatest ever steeplechase runner. And he’s getting faster every year. In March, at the Indian Grand Prix 2, he broke his own national record for the SEVENTH time, running nearly two seconds faster than his previous record set in the Tokyo Olympics.

How good do you have to be to own one event (domestically, at least) and then go and break a 30-year-old record in a whole other one? Sable-good, it appears. The army man was at it again when smashed Bahadur Prasad’s 30-year-old 5000m national record at the Sound Running Track Meet in USA on May 7. Sable’s record, though, is still quite a way off the world mark. In fact, he finished 12th in the American meet.

On a day of high drama in February, Murali Sreeshankar bested his own national record, and won silver in the men’s long jump competition at the Federation Cup. Jeswin Aldrin’s gold medal winning jump (0.01m more than Sreeshankar’s) but officials ruled that he had been aided by a tailwind of 4.1 m/s (above permissible speed of 2.0 m/s), while Sreeshankar had jumped with a tailwind of 1.5 m/s. Incredible scenes on an incredible day for Indian track and field: you can read more on that here.

Channeling his inner Goku, Borgohain smashed the previous NR as he won gold in the 200m at the Federation Cup in February. After the race, he was pretty philosophical about it too – “The main goal is to inspire others. I may not be the Olympic champion but I think someone else from India can be. Muhammad Anas set the 200m record at 20.63 seconds and I saw it and broke it. I think someone will want to break what I did. Now someone will see 20.52 and they will break it. And then eventually one day, we will have an Olympic medal.”