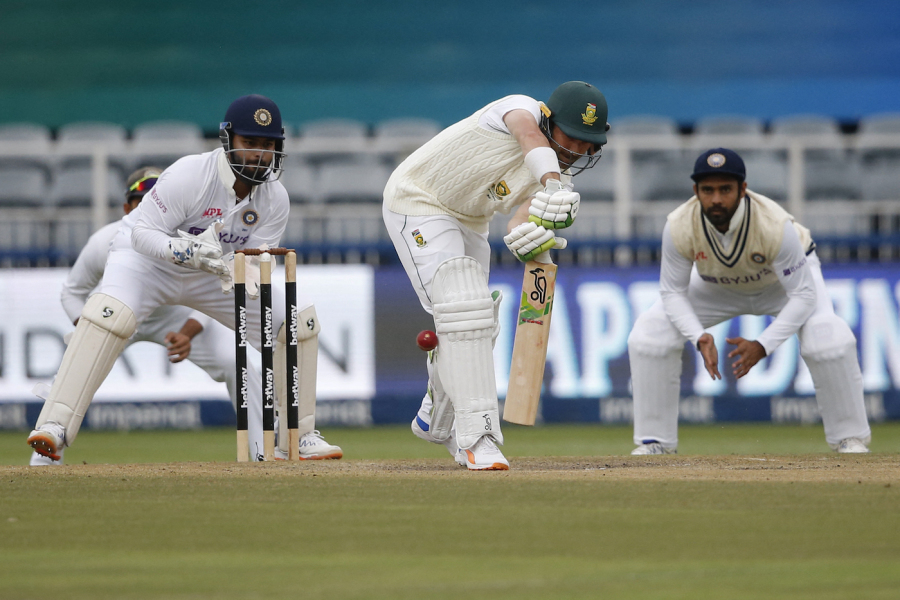 Dean Elgar struck a gritty, unbeaten 96 as South Africa chased down 240 with seven wickets in hand to consign India their first-ever defeat in Johannesburg. The victory also meant South Africa kept the three-match series alive, going into the third Test in Cape Town.

On Wednesday, Elgar had put his body on line, taking blows on the gloves and shoulder as he tried to save his wicket. He was more fluent today, especially towards the end of the chase, when he and Temba Bavuma struck a flurry of boundaries to wrap up the chase.

Earlier, the rain had washed out the first two sessions and play started only at 3.45pm local time. A minimum of 34 overs to be bowled in the day. As it turned out, South Africa needed only 27.4 over those to knock off the remaining 122 runs.

Jasprit Bumrah kicked things off with a jaffa, beating Rassie van der Dussen’s outside edge with a ball swinging away, but otherwise he didn’t look as threatening. R Ashwin started from the other end, bowled two overs before Mohammed Shami replaced him.

With the outfield still wet, India struggled to keep the ball dry. In the third over of the day itself, they made a request for the ball to be changed but the umpires didn’t entertain it.

After multiple requests, the umpires finally changed the ball in the ninth over of the day. However, the subsequent over, bowled by Shami, produced 14 runs. van der Dussen first flicked him to the square leg boundary and then unleashed a ferocious pull to deposit the next ball in front of square leg. Shami went even shorter but ended up conceding five wides as the ball sailed over Pant.

Shardul Thakur replaced Bumrah from the other end and got a couple to rear up towards van der Dussen from the cracks around the good-length mark. van der Dussen not just kept them out but also found two boundaries in the over.

Shami, who had earlier beaten both Elgar and van der Dussen’s outside edges, got his reward when the latter nicked one to second slip. South Africa needed another 65 at that point.

Bavuma got a life on the second ball he faced when hit one back towards Thakur. The bowler stretched his right hand out and even had the ball in his hand momentarily but it popped out.

Elgar took over after van der Dussen’s departure and struck Shami for successive fours to bring the target down to 50. From the other end, Bavuma hit two cover-driven boundaries to further chip away at the required runs.

By now, the wheels had come off for India. Elgar hit three fours in Mohammed Siraj’s one over, which also included five wides. That was the third time in the innings a wide flew over Pant. The pitch was still misbehaving but India didn’t have enough runs left to play with. A couple of overs later, Elgar flicked Ashwin to the midwicket boundary to take his side home.