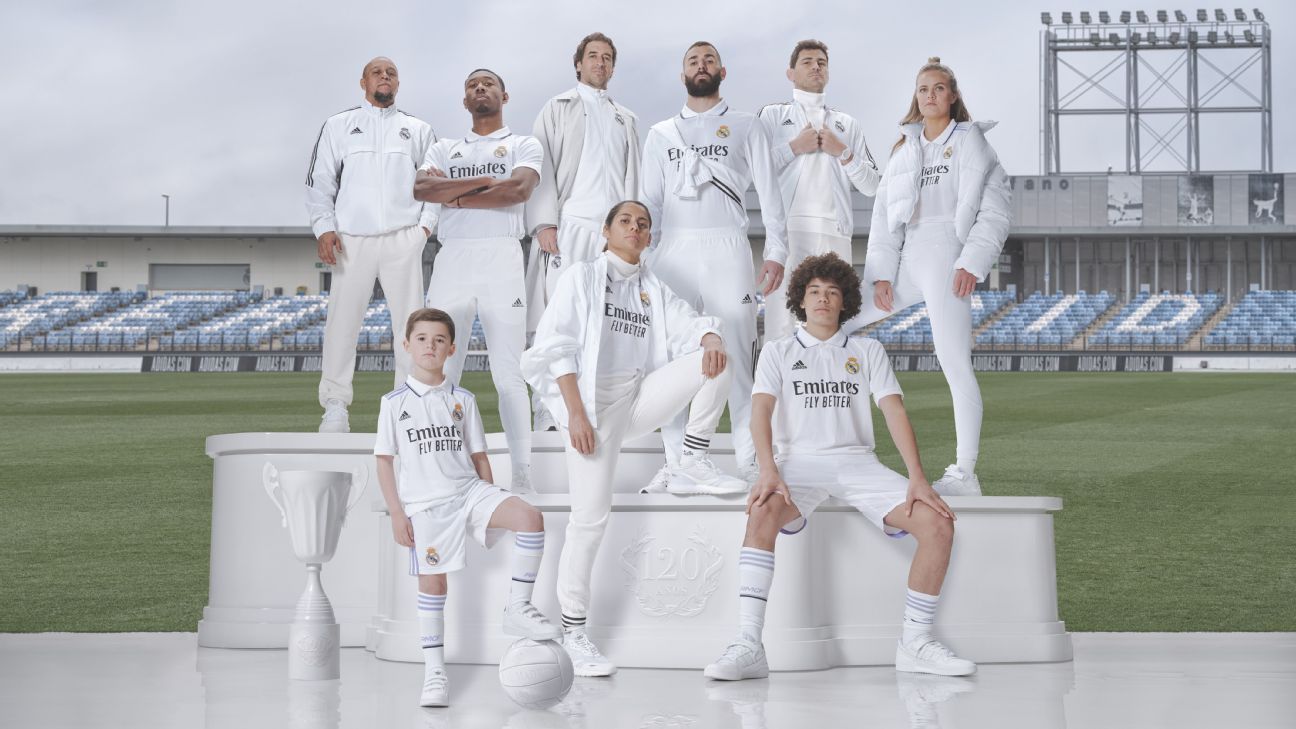 Real Madrid have launched their new home kit for the 2022-23 season which serves as a nod to the Spanish club’s grand, success-laden history on what will be their 120th anniversary.

✨ What do you think of our new kit?
👕 @adidasfootball pic.twitter.com/bk3JfTjBrq

Unsurprisingly, the new strip is predominantly white but it does bear the return of purple trim for the first time in well over a decade. Indeed, the colour combination hasn’t been used since the 2007-08 home design worn by the likes of Fabio Cannavaro, Wesley Sneijder and Arjen Robben.

The 2022-23 shirt also carries the image of Los Blancos‘ famous club crest in a tonal pattern printed all over it which is intended to represent the notion of “Grandeza” — the spirit of greatness that has inspired Real players since 1902.

Indeed, several of those past luminaries were brought in to help model the latest kit with club legends Roberto Carlos, Raul and Iker Casillas stationed alongside current stars Karim Benzema, David Alaba and Caroline Moller.

With a record-extending 35th LaLiga title already in the bag, Carlo Ancelotti’s side will no doubt be hoping that the spirit of “Grandeza” propels them to further glory when they face Liverpool in the Champions League final later this month with a league-European Double on the line.