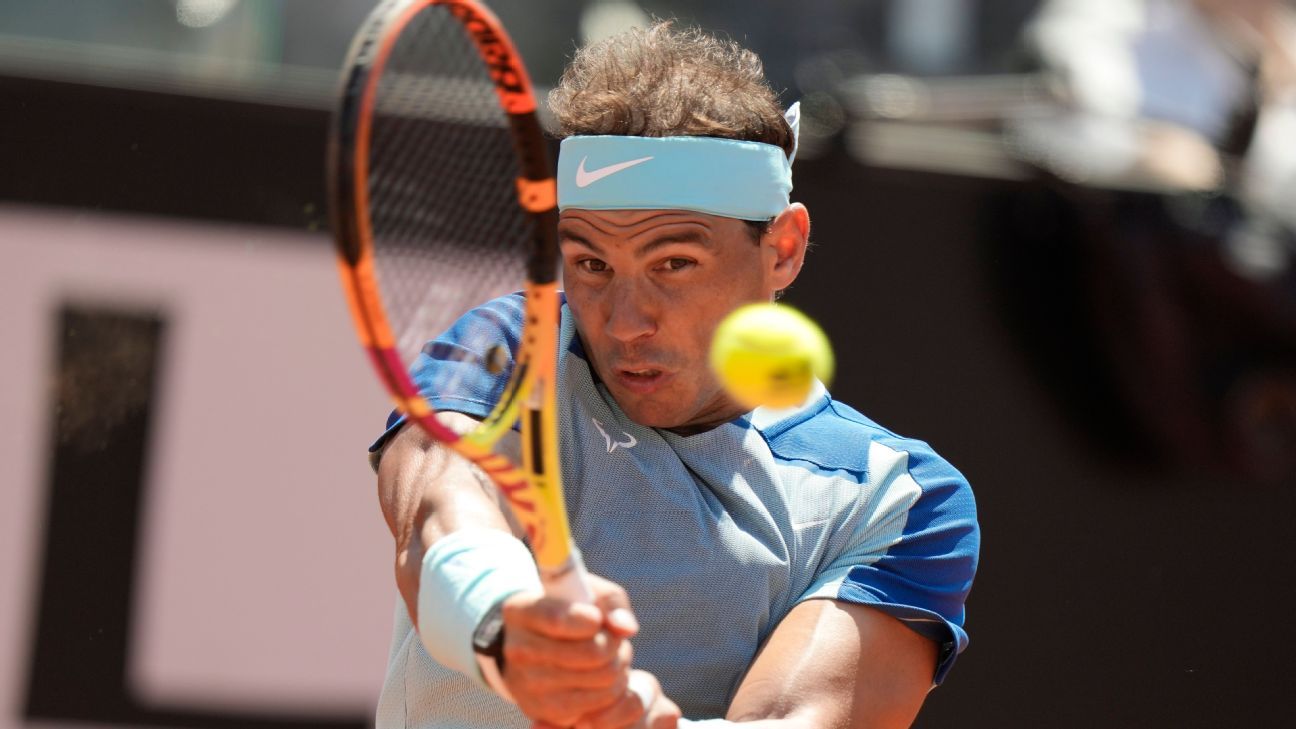 ROME — Once is enough when it comes to beating Rafael Nadal on a clay court.

Throughout his career, Nadal has never lost consecutive matches on his favorite surface. He extended that perfect record Wednesday by beating John Isner 6-3, 6-1 to reach the third round of the Italian Open.

Nadal was coming off a loss to Spanish countryman Carlos Alcaraz, 19, in the Madrid Open quarterfinals last week. After a first-round bye, he improved to 44-0 in matches on clay following a loss on the surface.

Perhaps more importantly, Nadal regained some confidence as he works his way back from a rib stress fracture that kept him out for six weeks before the tournament in Madrid.

While he would clearly love to add to his record total of 10 Italian Open titles, Nadal’s bigger objective is regaining his top form in time for the French Open, which starts in less than two weeks. Nadal has won 13 of his 21 Grand Slam titles at Roland Garros.

The match with Isner was essentially decided during one brief stretch.

Nadal struggled on his serve at 3-3 in the first set, missing a forehand into the net then double-faulting to set up break points for Isner. But the American made unforced errors on both of his break-point opportunities and Nadal eventually held.

“I finished better than I started — without a doubt,” Nadal said. “He had some chances on the returns. I was in his hands in that moment. Lucky that he missed those shots.”

Nadal improved to 19-0 against Americans on clay, having been forced to a deciding set only twice — both times by Isner, who pushed Nadal to five sets at the 2011 French Open and three sets at the 2015 Monte Carlo Masters.

Up next, Nadal meets Denis Shapovalov, the Canadian he beat at the same stage last year in a grueling three-set comeback victory in which the Spaniard saved two match points.

“Super lucky,” Nadal said, reflecting back to playing Shapovalov last year. “I know how dangerous he is. I need to play better than today.”

Second-seeded Alexander Zverev, who was routed by Alcaraz in the Madrid final on Sunday, beat Sebastian Baez 7-6 (6), 6-3 to end the Argentine qualifier’s eight-match winning streak.

Madrid finalist Jessica Pegula advanced when Anhelina Kalinina withdrew before their match because of an upper back injury. The American will next face third-seeded Aryna Sabalenka.