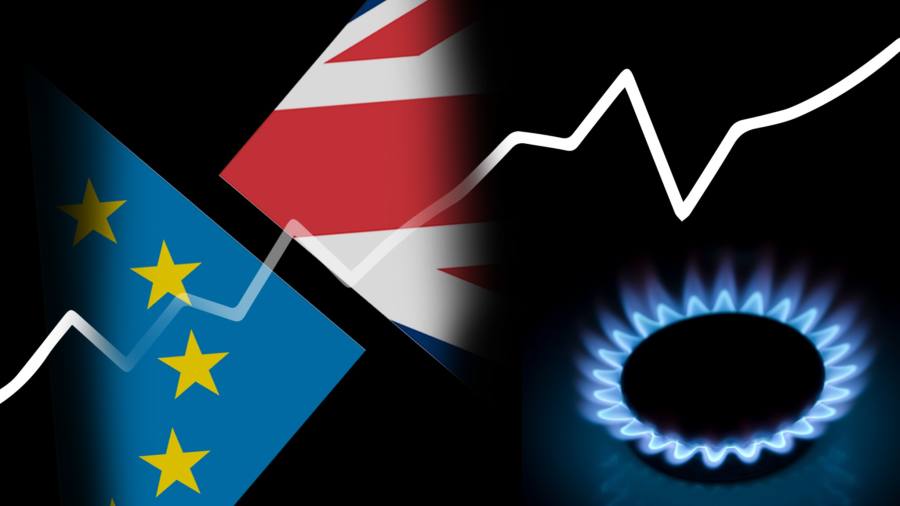 Boris Johnson’s government has set out a new legislative agenda that promises to deliver on its twin electoral themes of “levelling up” the UK and providing a post-Brexit economic dividend.

In the Queen’s Speech on Tuesday, the government included 38 headline bills to be introduced over the next year, pledging to regenerate the economy and drive strong growth in the face of rising global economic headwinds.

Here the FT outlines the key areas of policy that the Johnson administration will focus on ahead of the next general election that is widely expected in 2024.

Business and the economy

Ministers promised a post-Brexit shake-up of regulations in a financial services and markets bill, but business chiefs expressed frustration at the slower pace of reform in areas such as audit and employment, and the lack of help with rising input costs.

Financial service regulators will be asked to create a new culture focused around international competitiveness, while the rules that regulate UK capital markets will be reformed to encourage investment.

Industry welcomed the moves, albeit with warnings against any “bonfire of red tape” that would weaken protection for investors and companies. David Postings, chief executive of UK Finance, which represents British lenders, said the bill should create a more competitive sector post-Brexit.

The government also pledged to modernise the business rates system to encourage investment in property and decarbonisation. But there was no mention of a tax on online sales as part of reform of business rates to boost England’s high streets.

The UK infrastructure bank will be put on a statutory footing, while public procurement reforms will create legal obligations to deliver value for money and maximise public benefit. The government will take steps to force banks to reimburse victims of payment scams.

The tax system, including the apprenticeship levy, could be reformed to incentivise businesses to invest in more training for workers. However, a long-awaited employment bill was not included in the Queen’s Speech, while reforms to audit and digital competition were only included in draft form.

Chris Turner, campaign director of the Better Business Act coalition, said: “The Queen’s Speech leaves us none the wiser as to what role the prime minister wants business to play in helping Britain recover from the pandemic. We needed a feast of ideas; instead we got a thin gruel.”

The government set out other areas, beyond financial services reforms, where the UK could reap so-called “Brexit opportunities”, including data management, gene editing, cryptocurrency and reduced business regulation to attract investment.

A data reform bill will overhaul how data are shared, creating a new UK data protection framework that aims to cut the cost of complying with complex rules inherited from the EU’s general data protection regulation (GDPR) regime.

But businesses have warned of the risks of diverging too far from the EU rules, prompting Brussels to withdraw a post-Brexit agreement that guarantees the free flow of information between the two jurisdictions. Rafi Azim-Khan, head of data privacy at Pillsbury law firm, said there would be “quite a bit of nervousness” for businesses in the weeks ahead.

A genetic technology bill to enable gene editing of plants and animals will also be introduced. The bill, which is a departure from historic EU policy, has been welcomed by farmers, but is fiercely opposed by environmental groups. Richard Benwell, chief executive of Wildlife and Countryside Link, said “much stronger evidence, debate and review” was needed.

The government also plans to scrap the Human Rights Act and introduce a new bill of rights, clarifying that British judges no longer have any requirement to follow the case law of the European Court of Human Rights in Strasbourg when making their decisions.

Ministers said the move was necessary to curb the “abuse of the human rights framework” in cases involving illegal immigrants and prisoners. Many in the legal profession and human rights groups have called it a “power grab” by the state.

Overall, Joël Reland, of the UK in a Changing Europe think-tank which tracks UK divergence from the EU, said the bills were a rehash of familiar ideas. “It doesn’t get us any closer to understanding how it will manage the many trade-offs involved,” he added.

A levelling up and regeneration bill will form the backbone of the government’s defining election promise to reduce regional inequalities across the UK. The legislation will enshrine in law the 12 levelling-up targets the government set out earlier this year and will create the legal framework for more English devolution, including more city mayors and so-called “county deals”.

It will also include innovative ideas, such as compulsory rent auctions of vacant high street properties to spur the revival of fading towns. The bill proposes using a portion of the infrastructure levy on new developments to directly fund local facilities, like schools and doctors’ surgeries.

Will Tanner, director of the centre-right Onward think-tank, said the bill had provided the “policy meat” of the Queen’s Speech and would create a set of legally binding targets that governments would be bound to over future parliaments.

Further measures will be introduced to simplify England’s planning system, giving communities a greater say over development, but these will stop some way short of the sweeping reforms proposed in August 2020 following pushback from southern Conservative MPs and campaign groups.

A renters reform bill, first promised in 2019, will end so-called “no fault” evictions that enabled landlords to throw out their tenants with eight-weeks’ notice.

Following Russia’s invasion of Ukraine, an energy security bill promises to shrink the UK’s dependence on imported fuels and speed up the construction of domestic low-carbon technologies.

The bill is intended to drive the decarbonisation of the UK electricity and gas systems and enable new financing models to deliver technologies like carbon capture and storage and low-carbon hydrogen for high-emission industries, such as chemicals.

Ministers will be handed powers to “give directions” and provide financial assistance to “core fuel sector businesses”, such as major oil suppliers and infrastructure operators, to limit the risk of supply disruption.

However, industry experts said the bill did not address short-term concerns over household bills. “There is nothing in the draft bill that will help with the cost of living crisis . . . or help improve energy efficiency, which is the most cost-effective way to permanently reduce energy bills,” said Simon Virley, head of energy and natural resources at KPMG.

Also driven by Russia’s assault on Ukraine, a national security bill will seek to modernise the Official Secrets Act to make it easier to prosecute foreign agents, and tackle theft of trade secrets and state-backed sabotage.

More controversial are potential reforms that could prevent the press from receiving or publishing information from legitimate whistleblowers. Civil liberties organisations, such as Big Brother Watch, said they were “deeply concerned” about the possibility.

New measures in an economic crime and corporate transparency bill will also make it harder for “kleptocrats, criminals and terrorists” to engage in money laundering and financing terrorism in the UK. Companies House, the UK’s corporate registry, will be provided with greater powers of investigation and enforcement.

The UK Anti-Corruption Coalition, a campaign group, said that without more resources for enforcement agencies the UK would “still be fighting an uphill battle” against the dirty money of oligarchs and kleptocrats.