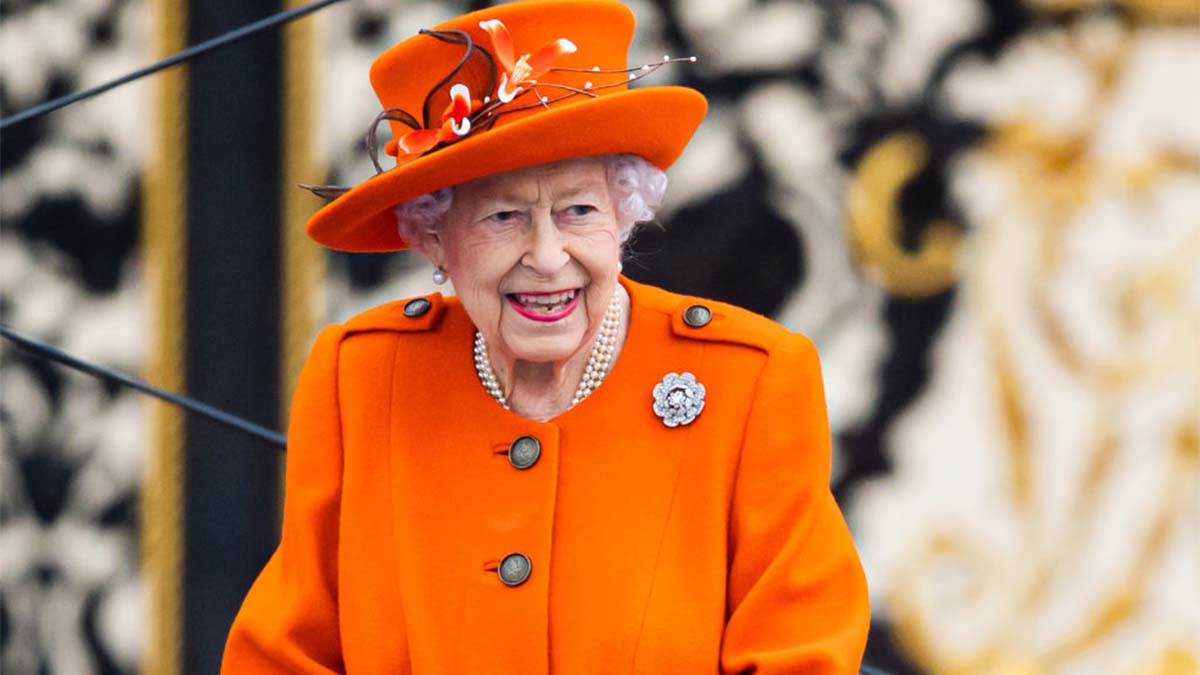 What’s more, she signed a special message to the Commonwealth that was placed inside the Queen’s Baton. The baton will be taken to host city Birmingham, UK via 72 Commonwealth territories and nations including Australia, and her message will be read at the games’ Opening Ceremony next year. Unlike batons of the past, this “smart” baton features a 360-degree camera, a heart-rate monitor, LED lighting, and GPS tracking.

Dressed in a bright orange ensemble, the Queen looked radiant as she spoke with athletes including Paralympian and gold medallist Kadeena Cox, who left Buckingham Palace as the first Baton bearer. However, there was a subtle nod to her late husband Prince Philip in her outfit through her jewelry.

The Queen accessorized her look with her Nizam of Hyderabad diamond rose brooch — a piece that was originally part of a tiara gifted to Elizabeth and her husband on their 1947 wedding day. The tiara featured three roses that could be detached as brooches. However, the tiara was deconstructed to create the Burmese Rubies tiara.

Kate Middleton famously wore the jaw-dropping matching Nizam of Hyderabad diamond necklace in 2014 at a royal engagement at the National Portrait Gallery.

When the pandemic hit, the Queen spent most of her time isolating at Windsor Castle. However, she spent the last two months at her Scottish estate, Balmoral, during the summer, and returned to Windsor last weekend. Just the day before her Commonwealth outing in London, the 95-year-old was all smiles as she visited the Royal Regiment of Canadian Artillery at the Guardroom at Windsor Castle.

This article originally appeared on our sister site, Now to Love.