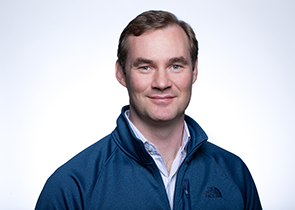 The Bay Area-based makers of quantum computers and processors announced Wednesday that it will merge with a SPAC called Supernova Partners Acquisition Company II in a deal that values Rigetti at $1.5 billion.

Supernova raised $345 million in March to pursue a SPAC deal. It is led by ex-Zillow CEO Spencer Rascoff, in addition to Alexander Klabin, Robert Reid and Michael Clifton. Klabin formerly led Senator Investment Group and will soon become executive chairman of Sotheby’s. Reid spent 21 years at Blackstone. Clifton was most recently a senior investment professional at The Carlyle Group.

This is the second SPAC deal for the group, which previously acquired real estate company Offerpad and took it public earlier this year.

Also known as “blank check” companies, SPACs typically do not have an established business and are used to raise funds via public offering for a future merger or acquisition by a specific deadline. There was a SPAC boom starting in 2020 that continued into this year, with 456 SPAC IPOs in 2021, according to SPACInsider. But the aftermarket performance of SPACs has steadily fallen over the past several months.

Even with more regulatory scrutiny and high-profile SPAC “blowups,” many investors are still bullish about SPACs, The New York Times reported in August.

Rigetti is led by founder and CEO Chad Rigetti, who previously worked in the quantum computing group at IBM and earned his Ph.D from Yale. The 8-year-old company previously raised more than $200 million and plans to receive about $458 million as part of the SPAC merger.

The coming era of quantum computers could bring about enormous changes to the way products and services are built, assuming its potential can be fully realized.

“In the next decade one Rigetti quantum computer could be more powerful than today’s entire global cloud,” Rigetti said in a statement. “Rigetti is the leading innovator in this space. Our team has solved the most pressing scientific problems associated with bringing quantum computing to market by creating a scalable computer and high-performance integration with existing computing systems. We plan to use this capital to accelerate our product development and accelerate our goal to bring this transformational computing capability to every major industry.”

IonQ, a competitor to Rigetti, went public earlier this week via its own SPAC deal that valued the company at $2 billion.

Rigetti has more than 130 employees. It plans to trade under the ticker RGTI on the New York Stock Exchange. See the company’s investor presentation here.