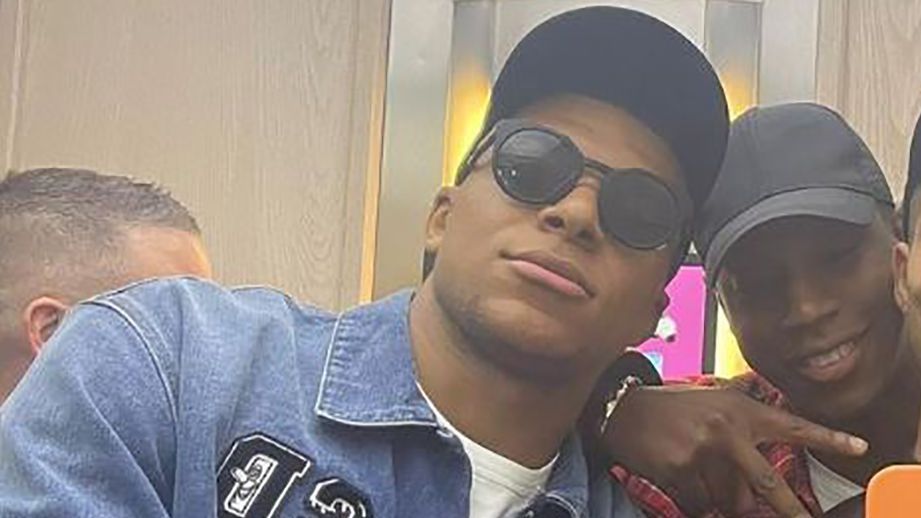 Kylian Mbappe has long been linked with a transfer to LaLiga giants Real Madrid, so news that the Paris Saint-Germain striker had been spotted in the Spanish capital this week really made waves.

What’s more, the France international was pictured just down the road from Real’s Santiago Bernabeu stadium on Monday, fuelling speculation that he was close to sealing a summer move.

Mbappe is out of contract this summer, but PSG are hoping he will stay and sources have told ESPN that talks between PSG president Nasser al Khelaifi and the 23-year-old player’s representatives were held in Qatar last month.

However, the lure of the 13-time European champions, who could extend their record tally when they face Liverpool in the Champions League final in Paris on May 28, could still see him make one of the biggest free-transfer moves in the history of the game, and RMC Sport reported on Friday that Mbappe’s representatives would be travelling to Madrid this week for talks.

Cadena COPE was the first outlet to report the sighting, with a grainy and heavily watermarked picture of Mbappe entering one of Madrid’s top restaurants, Leña, which is located just down the Paseo de la Castellana from the Bernabeu.

– LaLiga on ESPN+: Stream LIVE games and replays (U.S. only)

If one found it necessary to pop from the restaurant, owned by Michelin-starred chef Dani Garcia, to the iconic stadium, for whatever reason, it wouldn’t take long. It’s only two stops on Metro line No. 10 from Gregorio Maranon to Santiago Bernabeu, or just over a mile on foot. Of course, if you are a high-profile, World Cup-winning footballer, then you could make the journey in a chauffeur-driven car in less than 10 minutes.

COPE reported that Mbappe was dining with his PSG teammate Achraf Hakimi, a former Real player who hails from Madrid, and later that afternoon Mbappe confirmed they were together in the city with a picture posted on his Instagram along with a one-word caption: “OFF.”

Having already wrapped up the Ligue 1 title, Mbappe and the rest of the PSG squad were given a few days off this week between Sunday’s 2-2 draw with Troyes and Saturday’s trip to Montpellier, before they bring their season to a close at home against Metz on May 21.

When asked by a reporter from Cadena SER why the PSG players had travelled to Madrid, Navas replied: “We’ve got a few days of holidays.”

The Costa Rica goalkeeper was guarded when asked specifically about Mbappe potentially joining Real Madrid this summer, and he answered by saying: “I would love to say something about it, but I have no idea. I hope he stays with us. Those are personal issues and I haven’t spoken to him.”

Whether the purpose of Mbappe’s trip to Madrid was primarily for business or pleasure, he certainly could have picked a more low-key way to spend his midweek break.