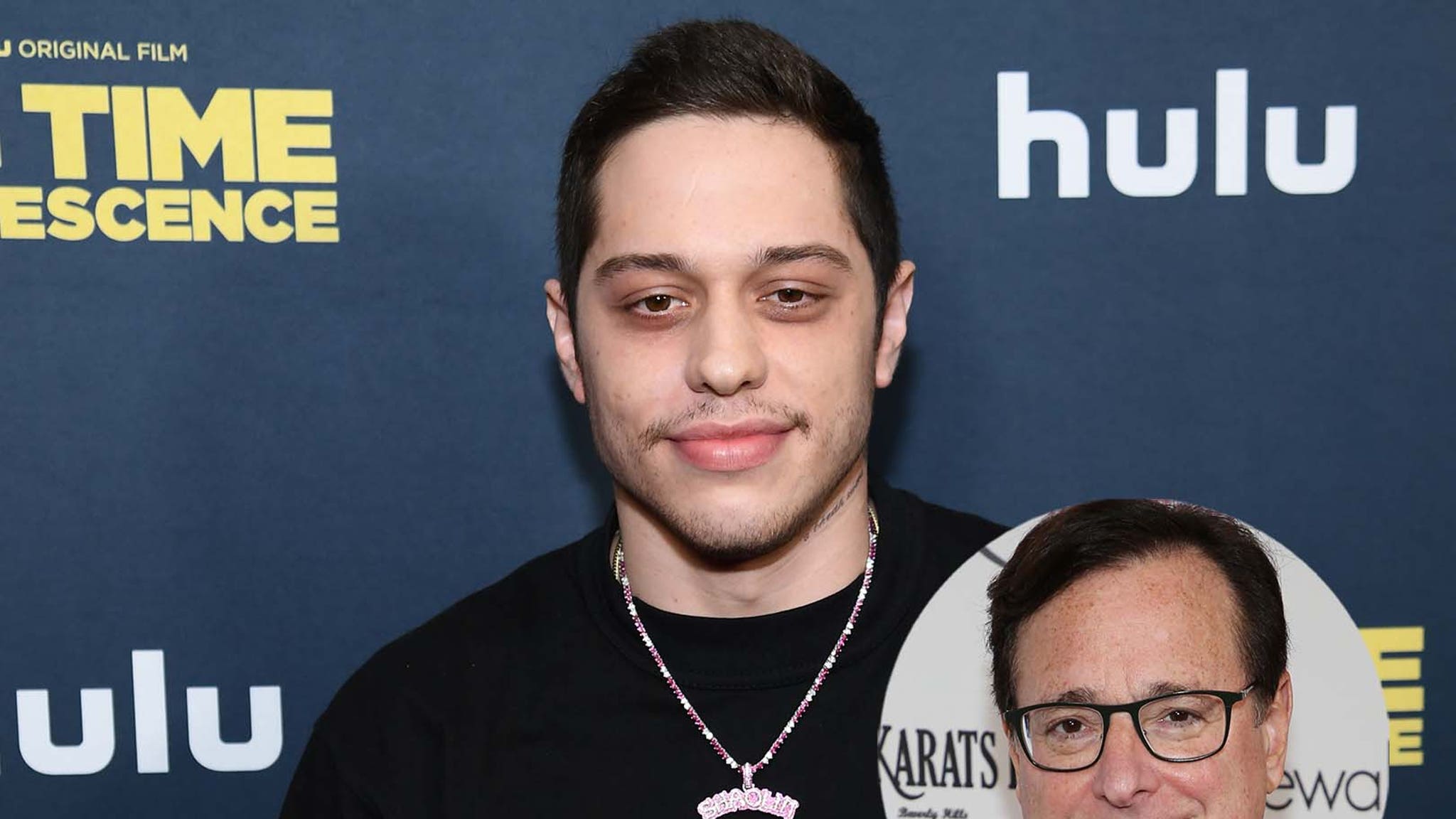 “Bob Saget was one of the nicest guys on the planet.”

Pete Davidson briefly returned to social media to dedicate an emotional tribute to Bob Saget, after the news of his sudden passing.

Although the “SNL” star’s Instagram remains deactivated, Davidson shared a statement to the app via “SNL” writer Dave Sirius’ account that detailed the role Saget had played within the “King of Staten Island” actor’s life.

“I don’t have social media so I asked Dave if he could post this for me,” the message began. “Just wanted you guys to know that Bob Saget was one of the nicest guys on the planet.”

Davidson revealed that the late comedian had a big hand in helping him deal with his mental health troubles. The 28-year-old has previously shared that he had been diagnosed with border like personality disorder.

“When I was younger and several times throughout our friendship he helped me get through some rough mental health stuff,” he continued.

“He stayed on the phone with my mom for hours trying to help in anyway he can – connecting us with doctors and new things we can try. He would check in on me and make sure I was okay.”

Pete concluded his statement on a note of love and gratitude, “I love you Bob it was an honor to know you. Thank you for your kindness and friendship. My condolences to the family.”

Saget, best known for his role as Danny Tanner on ABC’s classic sitcom “Full House,” as well as the recent “Fuller House” revival, passed away suddenly on Sunday while on tour, per TMZ.

His final social media post come over the weekend, after he’d finished his Saturday set in Jacksonville, Florida. He was found by hotel security around 4 p.m. ET at the Ritz-Carlton hotel in Orlando the next day, per the outlet. The circumstances of his death are unknown at this time.

“Loved tonight’s show,” Saget wrote in his final post. “Appreciative audience … I did a 2 hr show tonight. I’m happily addicted to this s— again.” He then invited fans to check out his website for upcoming dates.

A longtime standup comedian, Saget found a whole new audience, and a new identity as America’s dad, during his tenure as widower Danny Tanner on the centerpiece of ABC’s TGIF lineup from 1987-1995. Saget would return to the role in a recurring capacity for the sequel series, focusing on his character’s daughters, on Netflix from 2016-2020.