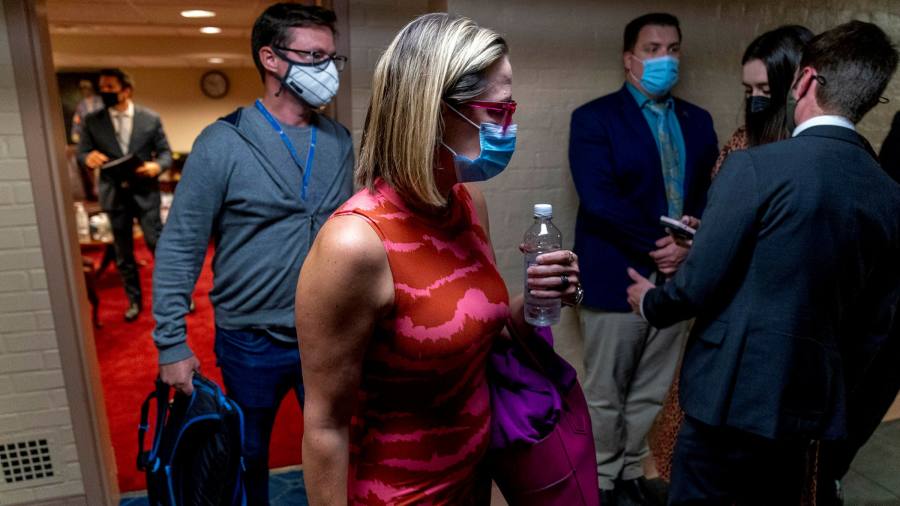 We’ll send you a myFT Daily Digest email rounding up the latest US politics & policy news every morning.

Nancy Pelosi has given her warring party one more month to pass a $1.2tn infrastructure bill after the party failed to come to an agreement on Joe Biden’s spending plans despite a week of frantic negotiations on Capitol Hill.

The Democratic speaker of the House of Representatives wrote to Democratic Congressional colleagues on Saturday morning urging them to pass the bipartisan bill, which forms a central part of the US president’s legislative agenda.

Members of the House passed an emergency measure on Friday to continue funding for federal road programmes for another 30 days. That measure was due to be put to a vote in the Senate on Saturday in order to avert 3,500 federal transport workers being immediately furloughed.

But Democrats have not yet agreed over whether to pass the larger infrastructure measure – something Pelosi said on Saturday she wanted to happen before the end of the month.

“There is an October 31st Surface Transportation Authorization deadline, after last night’s passage of a critical 30-day extension,” she wrote. “We must pass the [infrastructure bill] well before then – the sooner the better, to get the jobs out there.”

Joe Biden has put the infrastructure bill at the heart of his domestic agenda, alongside a separate $3.5tn package to boost social welfare spending, which is opposed by Republicans but can pass solely with Democratic support.

Biden went to Capitol Hill on Friday in an attempt to forge an agreement between the two sides. By the end of the day he and Pelosi had decided not to put the infrastructure bill to a vote without an agreement on the larger spending package, which Biden appeared to concede would need to come down in size.

That decision to tie votes on the two measures marked a victory for the left of her party, which has insisted the two bills pass together, and was met with anger from the right.

Kyrsten Sinema, one of two key moderate swing votes in the Senate, called the move “inexcusable, and deeply disappointing”.

She added in a statement on Saturday: “Over the course of this year, Democratic leaders have made conflicting promises that could not all be kept — and have, at times, pretended that differences of opinion within our party did not exist, even when those disagreements were repeatedly made clear directly and publicly.”

Her comments mirrored those made on Friday by Josh Gottheimer, the Democratic representative from New Jersey. Gottheimer said in a statement: “A small far-left faction of the House of Representatives undermined that agreement and blocked a critical vote on the President’s historic bipartisan infrastructure bill.”

Biden tried on Saturday to cool the tensions in his own party. “Everybody is frustrated. It’s part of being in government — being frustrated.”

Referring to himself in the third person, he added: “Biden is going to work like hell to make sure we get both of these passed, and I think we will get them passed.”