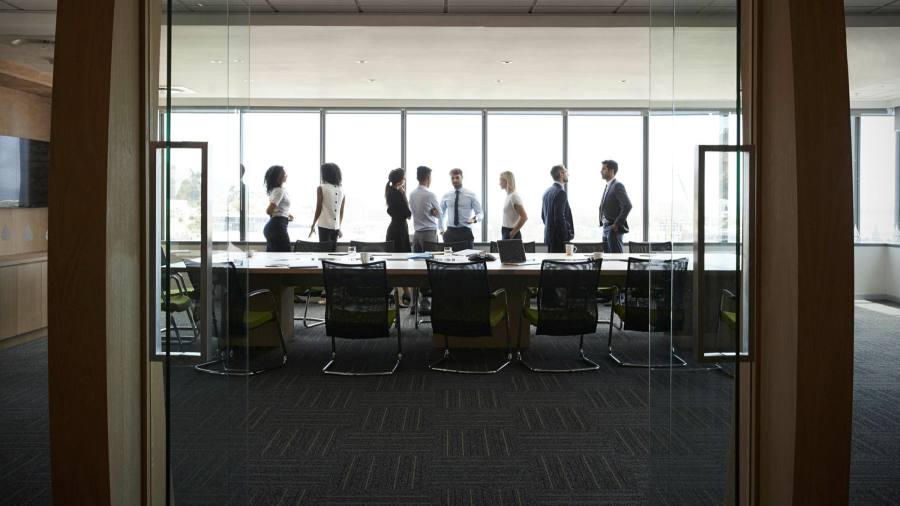 The gap between chief executives’ pay and UK average earnings narrowed in 2020, as companies hit by the pandemic cancelled bonuses and investors stepped up their scrutiny of pay policies.

Median pay for chief executives of FTSE 100 companies was 86 times that of the median annual wage for a full-time worker, according to research published on Friday by the High Pay Centre think-tank.

Although that remains a huge gulf, it is a considerable drop from the previous two years, when FTSE 100 chief executives’ earnings were almost 120 times those of average UK workers.

This reflects temporary pay freezes and bonus cuts announced by many companies after the initial Covid-19 lockdowns, with average CEO remuneration falling from £3.25m in 2019 to £2.7m in 2020.

UK average earnings for full-time work also fell between 2019 and 2021, although the data have been skewed by furlough and other pandemic-related effects. While wage growth has now picked up, it looks likely to be outpaced in the coming months by soaring inflation.

The High Pay Centre said that based on its figures, 2022 would be the first year in a decade when chief executives would need to work into the fourth day of the new year to earn the same amount an average worker would take home in the full year.

Executive pay had already begun to level out in recent years, following a period of explosive growth that led to greater political scrutiny and the introduction, from 2020, of requirements for large companies to disclose the ratio of their chief executive’s pay to that of workers at different levels.

Companies have since come under pressure from investors to ensure that bosses’ pay reflects the experience wider stakeholders, including shareholders and employees, had during the pandemic.

Public attitudes have also hardened: research conducted by the High Pay Centre and the polling company Survation found that a majority of people believed high earnings were the result of educational and social privilege, not a reflection of harder or more valuable work.

“Some of the lowest-paying jobs have played the most important role to keep society functioning through the pandemic. With the value of the UK economy reduced, there’s also greater pressure to share what we do have more evenly,” said Luke Hildyard, the High Pay Centre’s director, adding: “In this context, vast CEO to worker pay differences may be harder to justify.”

It remains to be seen whether the shift towards greater pay restraint will last. The High Pay Centre said that most FTSE 100 companies had not yet announced reported chief executive pay for the financial year ending in 2021, but a majority of those that had were reporting increases on 2020.

The campaign group is backing calls from unions and opposition parties for further policy reforms to discourage excessive pay at the top — including by requiring companies to bring elected worker representatives on to remuneration committees, an idea considered by Theresa May’s government, but since shelved.

Frances O’Grady, general secretary of the Trades Union Congress, said the figures showed the need for “big reforms to bring CEO pay down to earth”, not only by including workers in pay committees but also by replacing incentive schemes for directors with profit-share schemes benefiting companies’ entire workforce.