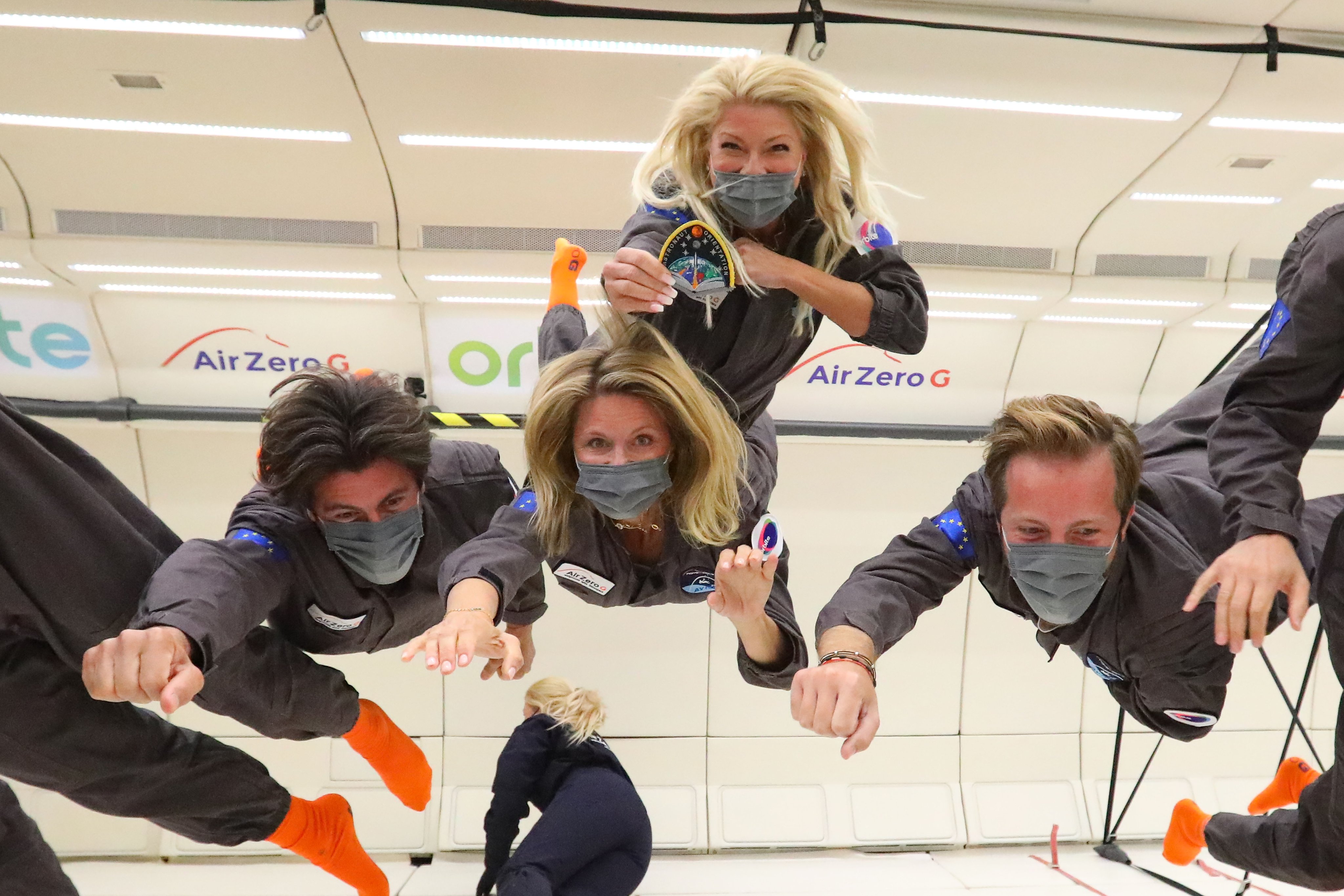 The French designer who created the look for Virgin Galactic, Spaceport America and Axiom Space’s orbital habitat has taken on yet another space-centric project: the space training complex planned by a Seattle-based venture called Orbite.

Orbite says Philippe Starck will design its Astronaut Training and Spaceflight Gateway Complex, which is expected to consist of multiple buildings and go into operation at a U.S. location in late 2023 or 2024.

For now, that’s about all that can be said about the project. Further details, including the site selected for the complex and the specifics of Starck’s vision for the facility, will be announced in the months ahead.

“We will have to wait a little more during the winter,” Orbite co-founder Nicolas Gaume told GeekWire. “We thought it was great to announce that such an amazing designer, who shares so much of our vision for astronaut orientation, preparation and training, could be disclosed.”

The 72-year-old Starck has designed projects ranging from hotels and yachts (including a yacht for the late Apple co-founder Steve Jobs) to bathroom accessories. But he’s best-known for his space-related projects, including the Virgin Galactic logo that incorporates a close-up of billionaire founder Richard Branson’s iris.

“Space is the future,” Starck said today in a news release. “With the Astronaut Training and Spaceflight Gateway Complex, I am honored to be able to give individuals rare educational opportunities to step into astronauts’ shoes and prepare for thrilling orbits in space.”

Starck said the Orbite project is “inspiring and groundbreaking.”

“I am delighted to be collaborating with Orbite on this one-of-a-kind project that is advancing the opportunities for civilization to encounter the wonders of space and celebrate the uniqueness of Earth,” he said.

Gaume and the privately funded venture’s other co-founder, veteran space entrepreneur Jason Andrews, aren’t merely waiting for Starck to come up with a set of drawings. Orbite (pronounced “Or-beet,” French-style) already conducted an initial “space camp for grownups” in France in August, and the next training session is due to take place in Florida early next month.

The sessions are more expensive than your typical teenage space camp: August’s five-day, four-night program carried a price tag of $29,500, and the prices for December’s three-day, two-night session start at $15,000.

But Gaume, whose family runs a boutique hotel in France that was renovated under Starck’s guidance, knows how to blend luxury and space experiences to create value for an upscale clientele. August’s program, for example, featured a space-food tasting session as well as zero-G and high-G airplane flights.

Trainees also donned virtual-reality headsets to get a feel for four kinds of space tourism experiences, including the suborbital flights offered by Blue Origin and Virgin Galactic, an orbital trip on a SpaceX Crew Dragon, and a round-the-moon excursion on SpaceX’s yet-to-be-built Starship.

Andrews, who presided over Seattle-based Spaceflight Industries before joining up with Gaume, says Orbite is carving out a special niche in the nascent market for spaceflight training.

“We’ve positioned ourselves as this neutral third party,” he said. “We have this ‘try before you buy’ opportunity, to say, ‘You’re about to spend hundreds of thousands of dollars, if not tens of millions of dollars. Maybe you should understand what you’re getting yourself into and what type of adventure you want.’”

Eight customers took part in August’s inaugural training program, and Gaume guessed that about a third of them will be taking an honest-to-goodness spaceflight in the years to come.

Andrews said the August session was something of an experiment.

“We designed our entire facility around class sizes of 10, so it was an opportunity to test that hypothesis,” he said. “Is that the right size? Is it too big? Is it too small? The way we thing about that is, most of these people, if they go [on a spaceflight], it’s only going to be four participants at a time, or five or six. So you take two capsules’ worth of five people and put them together.”

The experience “really validated the class size, and what we want to do going forward,” Andrews said.

2021 is the year when space tourism finally took off, largely due to Branson’s Virgin Galactic voyage; the Blue Origin trips taken by Jeff Bezos and William Shatner, and Inspiration4’s orbital mission in a SpaceX Crew Dragon. Andrews hopes all those flights — plus Axiom Space’s first mission to the International Space Station, which is set for early next year — will get more people thinking about training with Orbite.

“You saw William Shatner when he got off the Blue Origin flight — he was just overcome by the grandness of it,” Andrews said. “And that’s really what Orbite does. It prepares people for those opportunities.”