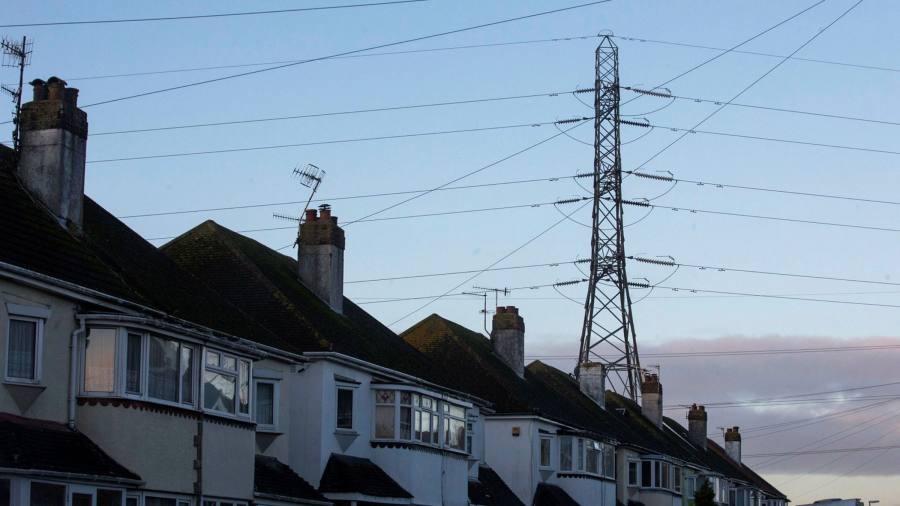 Britain’s energy regulator has warned electricity and gas providers it will work with the police and the UK’s fraud authorities if it suspects companies and their directors of actions that result in a “material worsening” of a supplier’s financial position.

Ofgem’s head of retail, Neil Lawrence, sent a strongly-worded letter to all retail energy suppliers this week reminding them of their responsibilities to “minimise any costs” that might end up being spread across all consumers’ energy bills when a supplier folds.

The letter, a copy of which has been seen by the Financial Times, was sent a day before three further suppliers went bust on Wednesday in the face of record wholesale gas prices. The list of casualties in Britain’s crisis-hit retail energy industry has now risen to 10 since the start of August.

The strength of Ofgem’s oversight of the market has come under scrutiny in recent weeks, with some larger energy companies and analysts claiming that there had been a disaster waiting to happen in the industry as a number of suppliers had weak business models and inadequate hedging strategies.

Lawrence warns in the letter that Ofgem will consider using the “full extent” of its enforcement powers in respect of “any action taken by a supplier and/or its directors that could reasonably be seen to result in a material worsening of a supplier’s financial position, increase of the risk of that supplier exiting the market in a disorderly fashion, or increasing the costs at risk of being mutualised across the sector”.

“Where relevant, we will work with other public bodies, including the Insolvency Service, the police or Action Fraud, to address that behaviour,” Lawrence adds, referring to the UK’s national fraud and cyber crime reporting centre.

The letter was sent to suppliers on Tuesday alongside a 12-point questionnaire that indicated the regulator was stepping up its surveillance of the industry.

Questions include: “Please confirm that the company’s assets exceed its liabilities as at the end of the most recent complete month.”

When asked to comment on the letter, which was delivered by email, Ofgem said: “Our number-one priority is protecting customers and, as companies exit the market, it is right that as the regulator we remind suppliers of their legal obligation and avoid unnecessary additional costs to the sector and ultimately consumers. We stand ready to take action where suppliers fail to oblige.”

Igloo Energy and two other smaller suppliers on Wednesday became the latest companies to fold, with more than 225,000 additional households set to be transferred to new providers.

Matt Clemow and Henry Brown, Igloo’s co-founders, announced that the company would cease to trade, saying the market was “sadly no longer sustainable for Igloo”. Symbio Energy and Enstroga, also collapsed.

The UK retail energy sector was thrown into crisis this month as it became clear that a large number of suppliers were in danger of quickly going out of business as wholesale gas and electricity prices surged well above levels they could pass on to customers. With the latest departures, at least 1.7m customers have now lost their supplier in the past two months.

UK natural gas prices are trading near £1.80 per therm, more than three times higher than they were at the beginning of the year amid fierce competition for supplies globally.

The sector has sought a rescue package from the government, but business secretary Kwasi Kwarteng has ruled out a bailout of any company and said the wider sector must first try to resolve the situation through existing processes.

Ofgem is helping to allocate orphaned customers through the so-called supplier of last resort system, which moves them on to new providers. But there are questions as to whether this will continue to be feasible as more companies fold, given that most customers are lossmaking for suppliers at current wholesale prices.

At present, there is a difference of more than £500 between how much suppliers would be allowed to charge under the UK’s annual price cap, which rises to £1,277 from October, and the near £1,800 cost of buying energy for new customers at present wholesale prices.

Any customers that were on cheaper fixed-price deals could also see their bills rise by hundreds of pounds to the level of the price cap.

The potential cost to other households of rescuing the customers of failed energy retailers is also coming under the spotlight.

Research published by Investec this week suggested that the cost of rescuing the 1.5m customers whose suppliers had gone bust before Wednesday could translate into every household billed together for both electricity and gas paying in the region of £30 each.