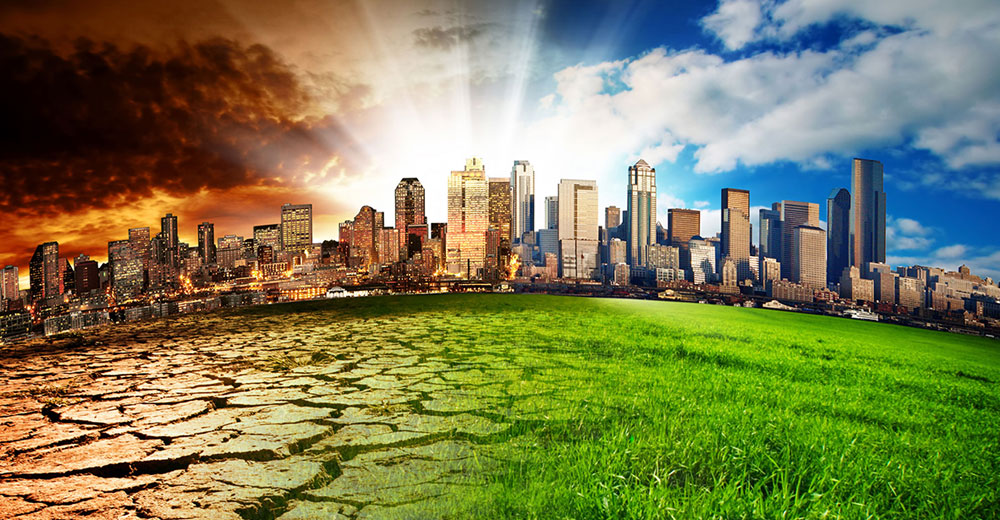 Nvidia’s big GTC conference took place last week. This event has become more and more interesting over the years, with less and less emphasis on Nvidia’s GPU business — which makes me wonder if it is time to change the name.

While Facebook certainly caught much interest with its name change to Meta, Nvidia builds much of the required infrastructure to create the metaverse. One of the most important efforts was mentioned at the end of Jensen Huang’s keynote, creating a new world.

Nvidia is building a focused supercomputer tasked with creating Earth 2, a full-on global 3D metaverse simulation of the Earth to predict climate change more accurately. We need a better model of the planet because existing models are incomplete and result in inaccurate predictions.

To fight something as nebulous as climate change, you need to understand it deeply, and Earth 2 has the potential to be the most powerful weapon in the fight to slow climate change. This enhanced model will provide a far more accurate ranking of the causes. It can then help devise solutions and model the remedies to determine the most significant positive impact for the least amount of money of all the alternatives.

Let’s talk about Earth 2 this week. We’ll then close with my product of the week, a new workstation service from HP that potentially opens up metaverse development to everyone.

If there is one event I look forward to every year, it is GTC. Nvidia uses its technology during the event and there is always at least one surprise. This year Nvidia not only constructed CEO Jensen Huang’s kitchen using the Omniverse tool, it also constructed its latest office building and once again made me wish I had access to this kind of resource to make my virtual backgrounds as impressive as Huang’s.

You really can’t tell these things are rendered. The textures look natural, the shadows and lighting look real, and it is only when the virtual stage is digitally deconstructed, taking you to a background grid right out of “Star Trek: The Next Generation,” that you have your “wow” moment.

This year’s GTC was all about the metaverse and applied AI — and the show didn’t disappoint. Presentations included demonstrating Level 4 autonomous driving using a modified Mercedes, several robotics demonstrations, and the promise of an accurate digital assistant who could finally do what Cortana does in the game “Halo.” However, they used what looked like an alien kid in an egg. Personally I’d prefer more of a Cortana character.

Nvidia spoke to efforts that would allow us to explore the dark side of the moon virtually, monitoring and fighting pollution from space, AI predictive models that could predict the future, advancements addressing global hunger, AI in hospitals resulting in more accurate and timely diagnoses, LED walls that could transform buildings into virtual events, AI to write books and creating music, and considerable advancement in realistic avatars for remote meetings.

All of this was amazing, but at the end of his keynote, Huang said Nvidia was building a unique supercomputer that would create Earth 2 — an entirely accurate simulation of the planet’s ecosystem.

None of the existing climate change models are very accurate. They are extrapolations of some limited set of environmental figures which are never comprehensive and thus cannot generate anything close to the detail needed to predict our future and potentially correct the problem.

Most do predict a bleak future. But, given they lack accuracy, using those to drive changes in behavior has not been ideal. Things they can’t capture, like the ability of clouds to block sunlight and heat, or the collapse of the upper atmosphere, aren’t included, and these things could have a massive impact on the predicted timeline.

That impact suggests that predictive models aren’t even close to telling us what we need to know. When those predictions evaporate, it causes people to distrust science and scientists, which is problematic if you want people to change their behavior.

But suppose you could use Omniverse to create a true digital twin of the Earth. With such a tool, you could create predictive models that would be accurate and test the suggested remedies in the resulting simulation to decide which would be the most effective for the money.

You could walk the world through the coming changes, and the related predictions would gain in accuracy as the various elements were added to the model. More importantly, we’d get a clear idea of when critical events would occur that might cause the process to escalate dramatically, driving more urgency into our conservation efforts and focusing those efforts on the things that would prevent these potentially catastrophic outcomes.

Creating Digital Twins of Ourselves

Eventually, Earth 2 would need to be populated. Ideally it would be populated by digital twins of us. While in Earth 2, they’d have to die as we do, but nothing says they have to stay dead. Once those virtual people pass from the Earth 2 model, they could end up in the Earth 3 afterlife. There they’d be free to visit the digital twins of our loved ones that have passed and have them as a resource for help and advice.

Each potential afterlife could be crafted to match the needs of the respective person, or they would be frozen in time until such time an heir or researcher needed them. They could eventually be copied and implanted in robotic bodies for space exploration or create a human population of robots living in very hostile environments. This future race could become our legacy, lasting long after the sun burns out.

While that is some time off, there is something I think would be even more interesting; we could model our future lives.

I watched a recent episode of the series “Fantasy Island” when it returned for one season a couple of years back. One of the episodes was about a young woman who couldn’t decide between marrying her current boyfriend or letting her parents fix her up with a wealthy doctor.

Through the TV magic of “Fantasy Island” she explored both life paths, only to discover neither was ideal for her, and her path to true happiness was opening and running a restaurant and remaining single for an extended time.

Our lives are mainly unplanned events that drive us to a future we can’t imagine when we are kids. But if we could imagine our alternative futures, we could model our lives, figure out what future we’d most enjoy, and then focus on creating that future. Our educational, relationship and job experiences could be optimized against our ideal future, a future designed with our unique needs in mind.

With a plan, we’d have a far higher probability of not only reaching a better future but of enjoying the path to that future as well.

While you might think this interesting but pointless, what you learn could be used to improve the tool’s predictive accuracy and help it learn to qualify outcomes based on personalities, as well as improve the tool’s ability to estimate how your personality and priorities will change over time. You see, the future we might think is ideal at age 18 may not be the same future we think is ideal at 40 or 50.

Wrapping Up: Building a Better World

The world currently advances in a somewhat haphazard fashion. Massive numbers of people, governments, and systems interact over time to create a future we can’t predict and often don’t like.

But what if we could predict the future based on our planned actions and then see how various choices would enhance or detract from that future? Granted, we’d have to assure that this prediction was unbiased and as accurate as possible instead of fiction created to advantage a country, industry, or individual. Still, with a fully simulated Earth, we can avoid our worst decisions by modeling the result based on massive levels of analysis.

Also, entertainment options open up. For instance, a digital “Westworld” or “Jurassic Park” becomes possible and creates alternative worlds that might favor Hobbits, Harry Potter-like wizards, or even the Avengers. We might even find our path to digital immortality.

Nvidia’s GTC gives me a taste of what is coming, and that’s why I never miss this conference. What is coming will be a fantastic metaverse experience that could protect the planet and give us a path into virtual worlds we can only imagine today.

Let’s say you want to get in on this global effort to create Earth 2. You’ll need a powerful workstation, software licenses, and help putting this all together.

HP has anticipated that need and created a cloud bundle of virtual workstations running Ubuntu Linux and Windows (for productivity tools), creating a virtual platform for metaverse developers.

Built using Teradici’s CAS (Cloud Access Software) platform (HP just completed the acquisition of Taradici), this service is an ideal on-ramp for those who want to develop for the metaverse but don’t have or want to make the capital investment in hardware that this would otherwise require. If you don’t enjoy the work, discontinue the service. No harm, no foul.

The offering is a one-year subscription that includes Teradici CAS, HP ZCentral Software, HP ZCentral Remote Boost Sender and Receiver, HP ZCentral Connect and Support, and an Nvidia Omniverse license. Buy select Z by HP Workstations and you’ll get a similar bundle of Windows Subsystem for Linux 2 (WSL 2) and a three-month Nvidia Omniverse Enterprise license set, along with a Teradici trial for up to 50 licenses.

It will take hundreds of thousands of developers to build out not only the planned Earth 2 effort mentioned above but all of the alternative metaverse worlds as well, making this a substantial potential long-term opportunity for someone who wants in on the cutting edge of what appears to be a potentially more significant wave than the internet was.

HP has provided a path to the future that Nvidia and others are attempting to create with their real-time collaboration and co-creation for high-performance workflows solution (RTCCCHPWS?). Despite the scary acronym, whatever this is called, it is my product of the week.

The opinions expressed in this article are those of the author and do not necessarily reflect the views of ECT News Network.