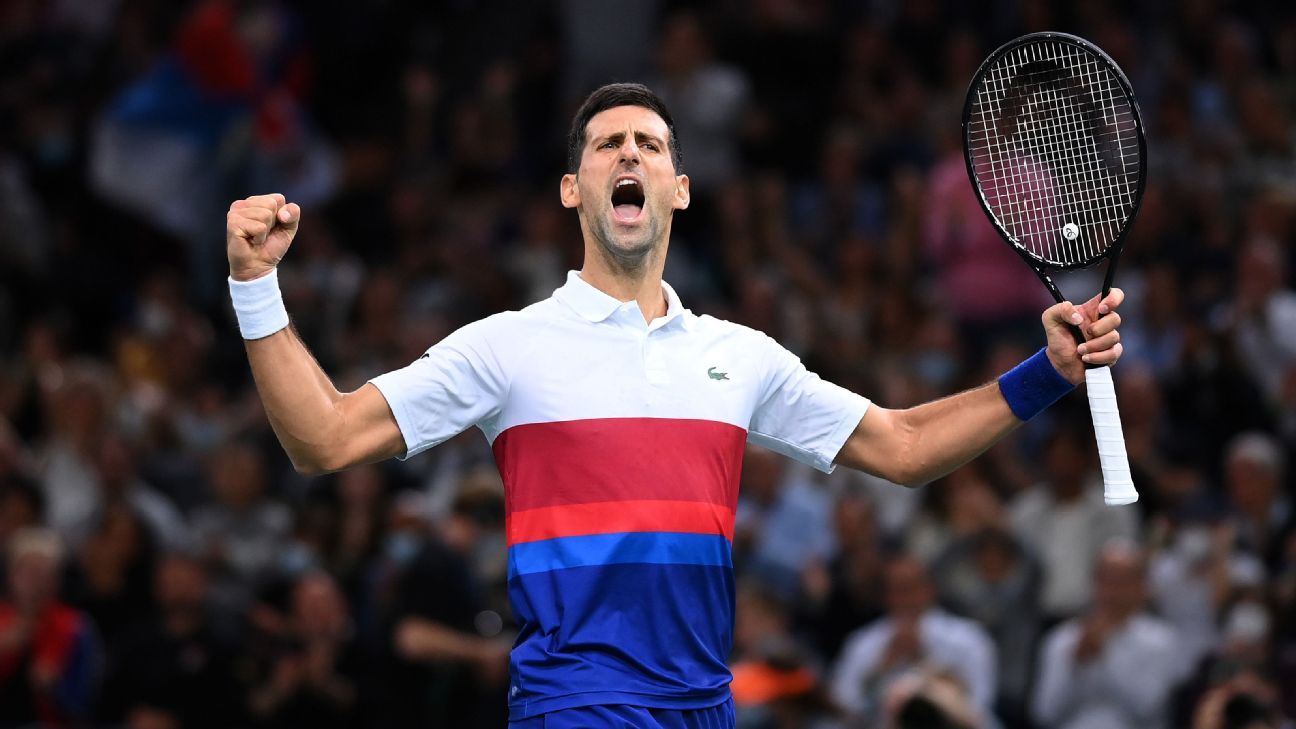 MELBOURNE, Australia — Tennis star Novak Djokovic on Monday won a court battle to stay in Australia to contest the Australian Open despite being unvaccinated against COVID-19, but the government threatened to cancel his visa a second time.

Federal Circuit Court Judge Anthony Kelly reinstated Djokovic’s visa, which was canceled after his arrival last week because officials decided he didn’t meet the criteria for an exemption to an entry requirement that all non-citizens be fully vaccinated.

The judge also ordered the government to release Djokovic within 30 minutes from a Melbourne quarantine hotel where he had spent the previous four nights.

Government lawyer Christopher Tran told the judge after the ruling that the minister for Immigration, Citizenship, Migrant Services and Multicultural Affairs, Alex Hawke, “will consider whether to exercise a personal power of cancellation.”

That would mean Djokovic could again face deportation and could miss the Australian Open, which starts Jan. 17.

Kelly said the threat of a further visa cancellation meant the “stakes have now risen rather than receded.”

“If this man is to be summarily removed upon a personal exercise of cancellation power, he cannot return to this country for three years, am I right about that?” Kelly asked lawyers for Home Affairs Minister Karen Andrews, under whose authority Djokovic’s visa was earlier canceled.

Tran and colleague Naomi Wootten confirmed that Djokovic would be banned from Australia for three years.

The government canceled 34-year-old Djokovic’s visa shortly after he arrived in Melbourne late Wednesday to play in the Australian Open.

There was a public backlash at news that Djokovic, who has previously declined to reveal his vaccination status, would compete in Melbourne because Australians who aren’t vaccinated or are inoculated with vaccines that aren’t recognized by Australian medical authorities face tough travel and quarantine restrictions. Court documents state he is unvaccinated.

Prime Minister Scott Morrison has sought to place the blame for the controversy on Tennis Australia, which is organizing the Australian Open.

Djokovic has been under guard in hotel quarantine since Thursday, when his visa was canceled.

He appealed the cancellation at the virtual court hearing on Monday amid a growing public debate over the positive coronavirus test that his lawyers used as grounds in applying for a medical exemption to Australia’s strict vaccination rules.

Djokovic argued he did not need proof of vaccination because he had evidence that he had been infected with the coronavirus last month.

Australian medical authorities have ruled that a temporary exemption for the vaccination rule can be provided to people who have been infected with COVID-19 within six months.

Kelly noted that Djokovic had provided officials at Melbourne’s airport with a medical exemption given him by Tennis Australia and two medical panels.

“The point I’m somewhat agitated about is what more could this man have done?” Kelly asked Djokovic’s lawyer, Nick Wood.

Wood agreed with the judge that Djokovic could not have done more.

Transcripts of Djokovic’s interview with Border Force officials and his own affidavit revealed a “repeated appeal to the officers with which he was dealing that to his understanding, uncontradicted, he had done absolutely everything that he understood was required in order for him to enter Australia,” Wood said.

Djokovic’s lawyers submitted 11 grounds for appeal against his visa cancellation. The lawyers described the cancellation as “seriously illogical,” irrational and legally unreasonable.

Lawyers for Home Affairs Minister Andrews said in their submission that the vaccination requirement could only be deferred for arriving travelers who have had a COVID-19 infection if their illness was acute.

“There is no suggestion that the applicant [Djokovic] had ‘acute major medical illness’ in December” when he tested positive, the written submission said.

Andrews’ lawyers eventually conceded that the authorities’ decision to proceed with interviewing Djokovic in the early hours of Thursday and cancel his visa before he could contact Tennis Australia or his lawyers was unreasonable in the circumstances.

Djokovic was told at 5:20 a.m. on Thursday that he had until 8:30 a.m. to respond to a notice of intention to cancel his visa. His comments were sought instead at 6:14 a.m.

The decision to cancel his visa was made just over an hour later.

Kelly said if Djokovic had been given until 8:30 a.m., he could have consulted others about the decision.

Neither ministers Andrews nor Hawke immediately responded to requests for comment.

The virtual hearing crashed several times because of an overwhelming number of people from around the world trying to watch the proceedings.

Djokovic is a nine-time Australian Open champion. He is the defending champion and has won the past three titles at Melbourne Park.

The Associated Press contributed to this report.