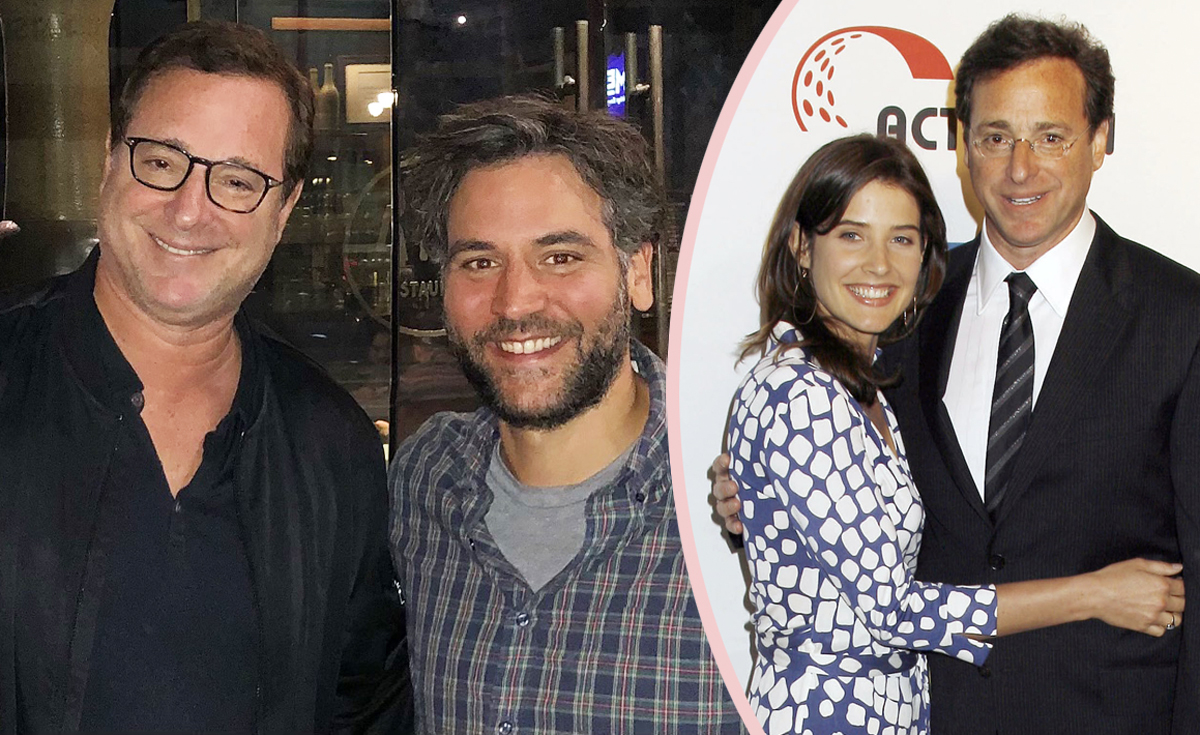 Bob Saget will be remembered forever for his role as Danny Tanner, one of the best TV dads of all time, on Full House. But he was a dad on another long-running sitcom, too.

Some may not even realize the voice they were hearing narrate the entirety of How I Met Your Mother, the voice of Ted Mosby from the future, after he’d gotten married and had kids, was Bob. But for the cast and crew, he was part of the family.

After his unexpected passing on Sunday, the show’s stars and creators expressed their loss — and for some the relationship was closer than we ever expected.

“Absolutely stunned to hear about Bob Saget. He was always so kind and generous and hilarious. Gone too soon. #RIP”

The memory that stood out for Alyson Hannigan was actually one from way, way before the show, when she was just a teen babysitter! She wrote:

“One of my favorite memories of Bob was when I was babysitting his daughter Aubrey. I was 15, she wasn’t feeling well, and I couldn’t get her to sleep or stop crying. Bob came home and took her in his arms, played a Tracy Chapman song on the stereo and danced with her until she fell asleep on his shoulder. It was such a beautiful and significant moment for me and I’m sure just one of a million moments like that for them. He was a wonderful Dad and human. I love you Bob. RIP”

Wow. So sweet you can just picture it, right?

“There was simply no better guy. He was the best. Sending love to the many, many, many people who are heartbroken right now. I can’t think of anyone whose memory will be more of a blessing.”

“I don’t even know what to say about Bob Saget. I loved him and was so lucky to work with someone so funny, soulful and kind. His role on himym was a voice in the future, looking back on all of life’s complexity with a smile, and that’s how I’ll always remember him #RIPBobSaget…”

He then went on to explain something deeply personal they shared. Craig’s son suffers from scleroderma — the same chronic autoimmune disease Bob’s late sister had. The Full House star raised millions for research into the disease; he hosted the Scleroderma Research Foundation’s annual dinners for 25 years and was even on the the board of directors. As Craig put it:

“To say what I’m sure many others are also saying: Bob went out of his way to support a charity that raises money for research into my son’s health condition and was always there for me year after year, he was all heart and a philanthropist by nature.”

“Rest In Peace Bob. As well as being an incredibly kind and talented man he worked tirelessly to help others effected by scleroderma. To continue his legacy follow @srfcure to learn more.”

“We cast Bob because there is something so gentle and knowing and comforting in his voice, and that combined with the quickness of his wit is just a rare form of beauty.”

That TV dad voice was definitely a gift. And it’s one he shared not just with his onscreen kids, but his younger self, too.

Josh Radnor, who played the present-day Ted Mosby, wrote an epic remembrance of the man who began as his future self and became his good friend. He began:

“Bob Saget was the older wiser ‘me’ for nine years on How I Met Your Mother. He was the kindest, loveliest, funniest, most supportive man. The easiest person to be around. A mensch among mensches.”

Early on that meant being as supportive as a father to a fledgling TV star:

“I had so much imposter syndrome when HIMYM started, thought I’d be found out, kicked off set & sent home. When I’d run into Bob on the Fox lot in those early days he’d gush over my performance & tell me how he was studying me to make sure his vocal performance felt right. This man that I’d delighted in seeing on TV for years cheering me on, letting me know I had a right to be there and playing that character… I can’t overstate how meaningful his words were. (He also, true to form, told me jokes that I cannot tell here or in polite company.)”

“We had a very special bond from Day 1, were never out of touch for long. We found a way to grab dinner once a year, even after HIMYM wrapped. We went to see each other in our Broadway plays. We talked a lot about how to live a meaningful life amidst all the chaos. Bob loved his daughters so much. He loved making people laugh. He never missed a birthday text. He raised millions of dollars for scleroderma research. He proved you could be funny and successful and kind.”

The 47-year-old ended by explaining where he found solace in all this:

“There are people who leave the earth and you’re haunted by all the things you didn’t tell them, all the love that was unexpressed. Luckily that wasn’t the case with Bob. We adored each other and we told each other. I’m endlessly grateful that HIMYM brought Bob Saget into my life. I’ll hear his voice in my head for the rest of my days.

I’m endlessly grateful that HIMYM brought Bob Saget into my life. I’ll hear his voice in my head for the rest of my days. /end pic.twitter.com/ZmRyYiuaul