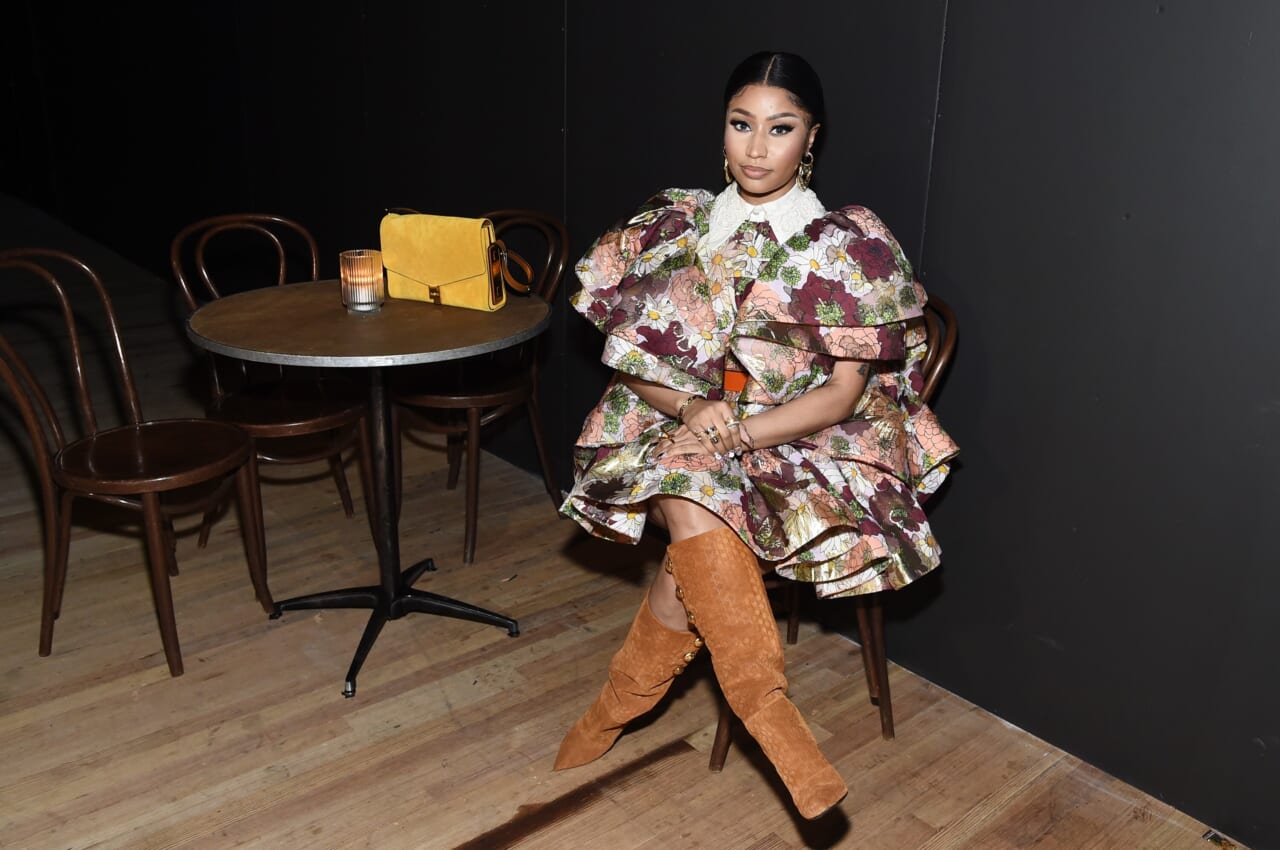 It looks like Bravo is getting the “Barb” treatment. At Wednesday’s reunion taping, Nicki Minaj joined the ladies of The Real Housewives of Potomac as they rehashed the events from the current season.

Minaj considers herself one of the biggest fans of Bravo’s breakout franchise. Earlier this year, the rapper took to social media with her hot takes on the latest drama in Potomac, commenting about the Grand Dame (Karen Huger), the word on the street (Gizelle Bryant) and the rest of the ladies.

In July, Minaj shared a promotional clip featuring all the ladies rapping to a remixed version of her song, “Moment 4 Life.” She wrote in the caption, “I’ll be hosting the reunion. lmk what y’all want me to ask Chile.” Well, if Andy Cohen’s Instagram is any indication, she is making good on her promise.

As the Season 6 reunion wrapped filming on Thursday night, Cohen shared a photo of himself and Minaj on the official set. He wrote in his caption, “It’s the Reunion I could never get away with! At the end of ours, tonight @nickiminaj surprised the #RHOP and did her own thing! #AndyConda.” Previewing what is sure to come at the reunion, Bryant commented that it was (fire emojis).

Minaj also shared the photo, writing, “GUESS WHO BTCHS?!!!!! #Andiconda #RHOP REUNION COMING SOON ON @BRAVOTV@bravoandy 😌🙏😍✨ #Moment4Life yall better binge watch this season Chile 😫.” On her post, Bryant, and other housewives, including Dr. Wendy Osefo and Robyn Dixon all commented and thanked the rapper for attending.

Cohen himself opened up to Entertainment Tonight about the possibility of Minaj hosting the reunion this summer, sharing that he was open to it. “I would love to figure out a way to work her into the reunion and I would love to be able to bring her out and see what she has to say and wants to ask the women,” he said.

While many fans are excited about the appearance, some are puzzled and disappointed due to controversies currently surrounding the rapper, including her comments surrounding the COVID-19 vaccine, as well as her involvement in allegedly harassing her husband Kenneth Petty‘s accuser. Jennifer Hough appeared on The Real last month to tell her story of Petty raping her at knifepoint when she was 16 on air for the first time.

Some believe Minaj’s appearance is a “distraction” from the issues regarding Petty and Hough, and have taken to Bravo’s official Twitter account to voice their opinion. One user wrote, “Nicki throwing out that vaccine red herring distraction from her being sued worked! Everybody is asking if she is vaxxed for this but not enough questioning of why Bravo bringing someone on who has been harassing a rape victim on behalf of her husband. But… cAnCeL cUlTuRe.”

The Real Housewives of Potomac airs Sunday nights on Bravo.