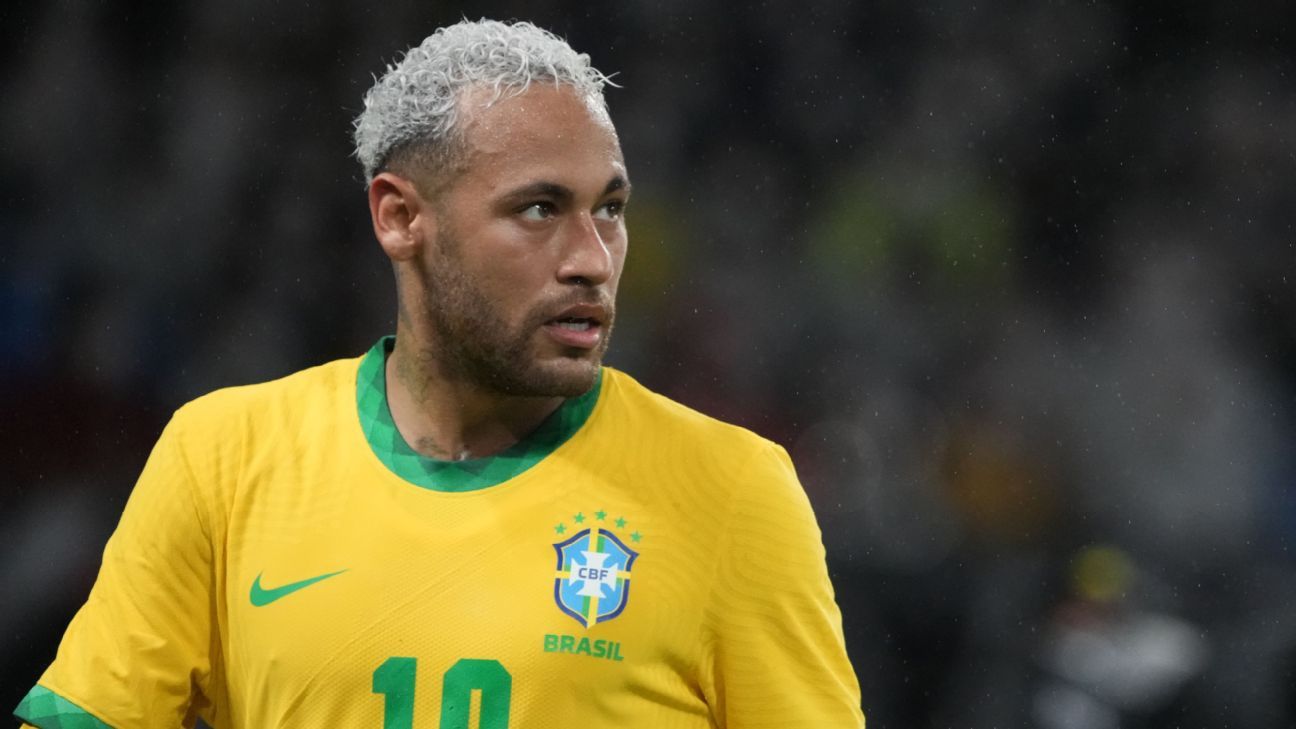 The summer transfer window is here, and there’s plenty of gossip swirling about who’s moving where. Transfer Talk brings you all the latest buzz on rumours, comings and goings and, of course, done deals!

Juventus boss Massimiliano Allegri wants his club to consider making a move for Neymar, according to Sport.

The Serie A side are looking to evolve this summer, with signings planned to help bring the team back into title contention, and it is understood that the Bianconeri believe Neymar could make the difference if he is willing to accept a lower salary.

Uncertainty over the 30-year-old forward’s future at Paris Saint-Germain has grown in recent weeks, though reports of his recent automatic contract extension until 2027 might see the Ligue 1 club demanding a notable fee to part ways with him.

The report says Juventus have also been offered the chance to reunite with Cristiano Ronaldo, with agent Jorge Mendes looking to find the 37-year-old striker an exit route out of Manchester United amid concerns over how he fits into Erik ten Hag’s high-pressing style.

Edwards, who joined Liverpool from Tottenham to become head of performance and analysis at Anfield in November 2011, played a key role in the hiring of Jurgen Klopp as manager in 2015 during his time as technical director before overseeing the low-budget recruitment of Mohamed Salah, Sadio Mane, Andy Robertson and others following his promotion to the sporting director position in 2016.

But after announcing his intention to quit his role at Anfield last November, Edwards is due to leave Liverpool when his contract expires this summer, with Julian Ward having already been installed as his replacement.

And having built a reputation as one of the most well-connected transfer negotiators in the game, sources have told ESPN that the new Chelsea regime, led by co-owner, and LA Dodgers co-owner, Todd Boehly, want Edwards to head up the club’s plans to restructure the technical department following the completion of the takeover from former owner Roman Abramovich earlier this month.

08.00 BST: Let’s start with a recap of the biggest transfer story from yesterday:

Sadio Mane completed his move to Bayern Munich, ending a six-year spell with Liverpool in which he helped end their 30-year wait for a league title, as well as winning the Champions League.

Sources told ESPN on Friday that Mane reached an agreement with Bayern, who won their 10th consecutive Bundesliga title in May, in a total package worth €41 million.

Mane has signed a contract until 2025 with Bayern.

In a statement, Liverpool said: “We thank Sadio for everything he has done and wish him the very best of luck in the rest of his career.”

In a Q&A on Liverpool’s website, Mane said: “Obviously it is strange — really, really strange — to no longer be a Liverpool player after six years spent at Anfield. But of course I had a great time, an unbelievable time, and since my first day I really, really enjoyed training, playing, at Anfield especially and in front of these amazing supporters. Now it’s come to the end, so what can you say?

“From the first day I came to the club, I spoke to the boss when I was in Southampton, and I think at that time we were not even in the Champions League. He called me and I said, ‘For sure.’ I just decided in my heart that I am coming to Liverpool because that is where I see myself, and for me it was the right time and the right club to achieve everything.

“So, I can say of course we won a lot and I spent a great, great time there. An unbelievable time at Liverpool, we won a lot. Like I always say, my life is always [about a] challenge and when it came I said to the club that I want to leave, I want to go somewhere else to see a new challenge. It is not anything else, it is just a challenge because for me I want to always be challenging myself to get better and better.”

– Stats show how much Liverpool will miss Mane

– Real Madrid are open to allowing Takefusa Kubo leave, but they would like to include a buy-back clause as part of any deal, writes Mundo Deportivo. The Japan international spent last season on loan at Mallorca, where he made 28 LaLiga appearances, and it is reported that Real Sociedad are keen on signing him on a permanent basis. Carlo Ancelotti’s side are looking for a fee of €7.5 million in order to part ways with the 21-year-old.

– Antony is determined to reunite with Ten Hag and join Manchester United this summer, according to Goal. It is understood that talks have already taken place between the Red Devils and the 22-year-old winger, though an official offer is yet to be submitted to Ajax Amsterdam. Antony was a key player for the Dutch giants last season, contributing to 12 goals in 21 Eredivisie starts.

– Marseille have no interest in acquiring Miralem Pjanic despite reports that he was a target for the Ligue 1 side, writes Fabrizio Romano. The 32-year-old midfielder found himself out of Barcelona‘s plans last season, sent out on loan at Besiktas, and it is expected that the Blaugrana will look to find ways to move him off the books permanently. He is contracted at the Camp Nou until the summer of 2024.

– Paul Pogba‘s representatives will meet with Juventus on Thursday as they look to complete a deal that will see the France international return to Turin, according to Gianluca Di Marzio. The 29-year-old midfielder has been heavily linked with the Serie A club in recent months, with Allegri’s side looking to add a number of reinforcements this summer after failing to challenge for the league title last season. It is reported that he is close to signing a three-year contract with an optional additional year.

– Montpellier are interested in signing former Tottenham Hotspur and Villarreal right-back, Serge Aurier, reveals Foot Mercato. The 29-year-old has been out-of-contract since Unai Emery’s side chose not to extend his deal, though it is reported that Aurier is expecting to receive offers from more reputable clubs in the coming weeks. Aurier made 19 LaLiga appearances last season.