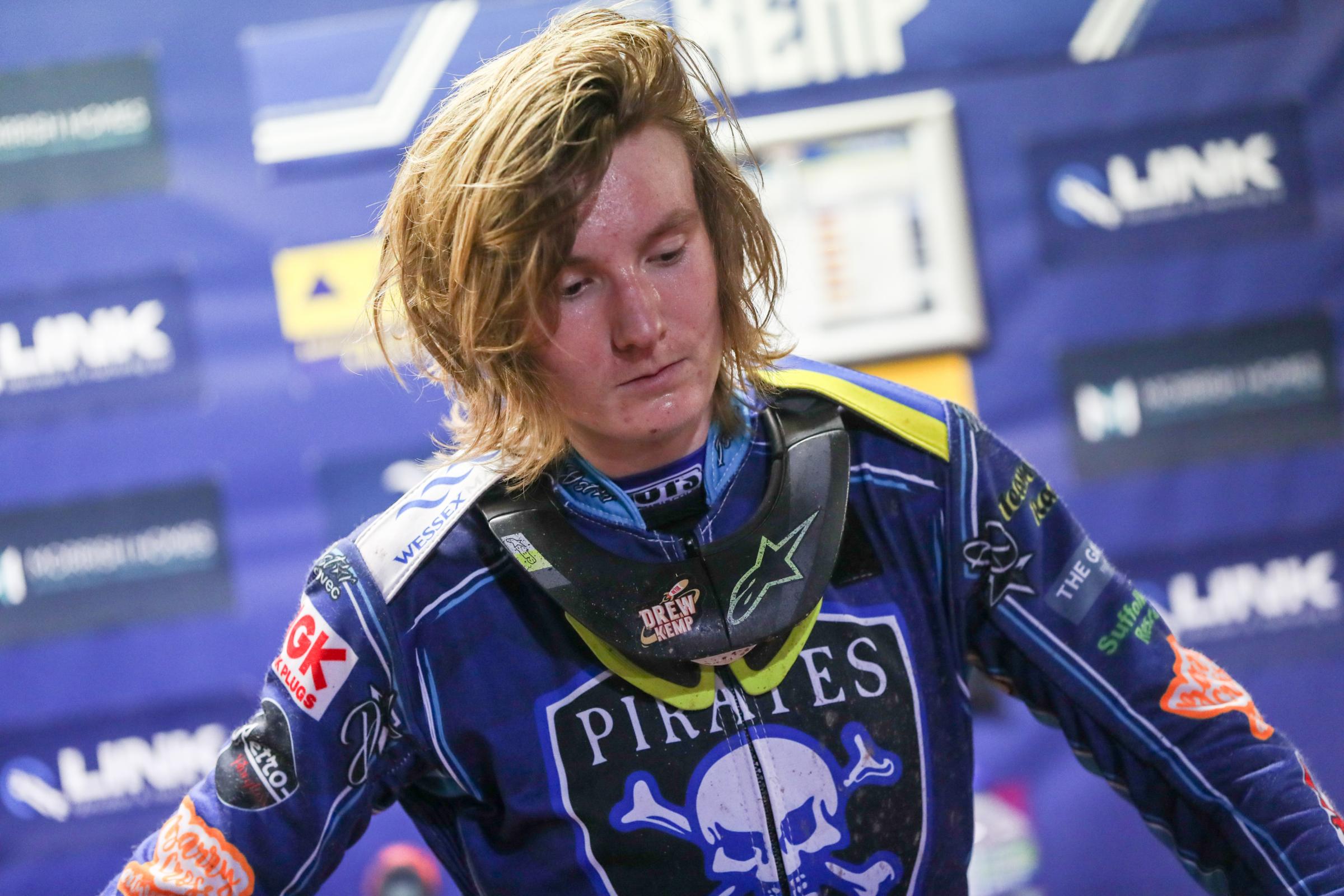 Kemp made a flying start to life in the skull and crossbones, with 19 points across the two legs of Pirates’ Knockout Cup win over Plymouth Gladiators.

The 19-year-old then eclipsed that tally in the opening two Championship meetings of the season, with a superb 23+3 at home to Oxford Cheetahs and then away at Leicester Lions.

Kemp has found things a bit tougher since. He fell twice during Pirates’ victory at Oxford, scoring five points, then added just 6+1 combined in the subsequent two meetings.

“He started off like a house on fire,” Ford told the Daily Echo when asked about Kemp’s form.

“He was absolutely fantastic.

“He had a bit of knock at Oxford and that probably knocked him a little bit. And I think he had one in the Premiership as well, riding for Wolves.

“When you’ve fallen off the bike, it can’t do your confidence the world of good.

“But he rode well (on Tuesday night) for Wolverhampton, scored some good points there (6+2) and I think this meeting against Newcastle (tonight) is the perfect opportunity for him to get back into form and show what he is capable of.

“Because he’s got all the talent in the world, we just need to focus in on that.”