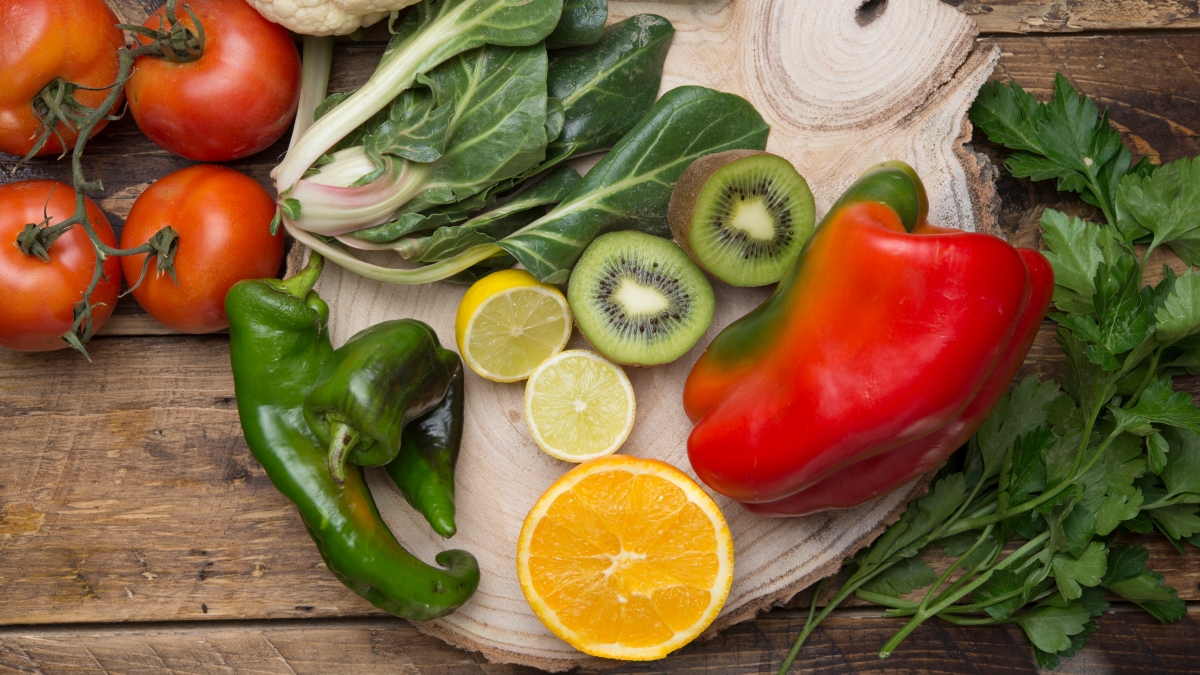 Most of us seem to worry more about taking vitamin C when we’re sick. We sip on orange juice, mix vitamin powder into our water, and suck on enriched throat lozenges. But though it may be less on our minds when we’re feeling in tip-top shape, new research suggests that we need to boost our daily vitamin C intake no matter how we feel.

In a 2021 study from the American Journal of Clinical Nutrition, researchers from the University of Washington pointed out that the World Health Organization (WHO) currently recommends just 45 milligrams of vitamin C per day. The WHO bases its recommendation in part on a 1944 study conducted at the Sorby Research Institute in Sheffield. Present-day researchers believe the study was highly unethical because the participants were conscientious objectors.

“They depleted people’s vitamin C levels long-term and created life-threatening emergencies. It would never fly now,” said the lead author of the 2021 study, Philippe Hujoel, a practicing dentist and professor of oral health sciences in the UW School of Dentistry. But that wasn’t the only reason the study was problematic.

According to the researchers, the 1944 study did not determine recommended vitamin C intakes for optimal health. Instead, it determined the minimum amount of vitamin C needed to prevent scurvy. This is because the study took place during World War II, when food shortages limited the amount of vitamin C available.

The 1944 study concluded that 10 milligrams daily prevented scurvy. (Typical symptoms of scurvy include weakness, irritability, severe joint or leg pain, swollen and bleeding gums, and skin that bruises easily.) Based on these findings and other research, the WHO then set its recommended vitamin C allowance at 45 milligrams per day.

The authors of the 2021 study believed that this research was outdated and not entirely accurate. As a result, they reevaluated the data from 1944 and determined that it led to misleading recommendations for vitamin C intake.

The researchers also found that the WHO’s recommended allotments are not enough to ward off collagen-related conditions. Vitamin C helps the body synthesize collagen, so a lack of it makes it hard for the body to produce enough high-quality collagen. The body then struggles to repair wounds and suffers from weakened blood vessels, bones, and connective tissues. TK Plus, collagen is a major component of healthy, youthful skin — a lack of it may lead to dryness and more wrinkles.

Not even a slightly higher intake of 65 milligrams is enough to prevent these issues, the investigators said. In their analysis of past research, the team found that participants who consumed 65 milligrams daily had body tissues that were 49 percent weaker than tissues in participants with healthy vitamin C levels.

How much vitamin C should you take?

The study authors concluded that the recommended range for vitamin C intake for adults is 75 to 110 milligrams per day. This falls in line with the current recommendations of the National Academy of Medicine and the European Food Safety Authority.

However, the team also said that the optimal daily amount is 95 milligrams. They believe that about 97.5 percent of the population would benefit from this intake. That’s more than double the 45 milligrams the WHO still recommends.

Looking for some ways to reach your vitamin C goals? You can always opt for a simple supplement. If you want to get your vitamins from food, the National Institutes of Health says that vitamin C doesn’t have to come from oranges. Other great sources of this powerful nutrient include kiwis, red and green peppers, cabbage, cauliflower, broccoli, Brussels sprouts, and potatoes. Just half a cup of fresh red peppers is enough to reach your goal. The same is true for half a cup of broccoli and half a cup of strawberries. No matter the combination, there are plenty of ways to boost your levels and keep your collagen production where it needs to be.