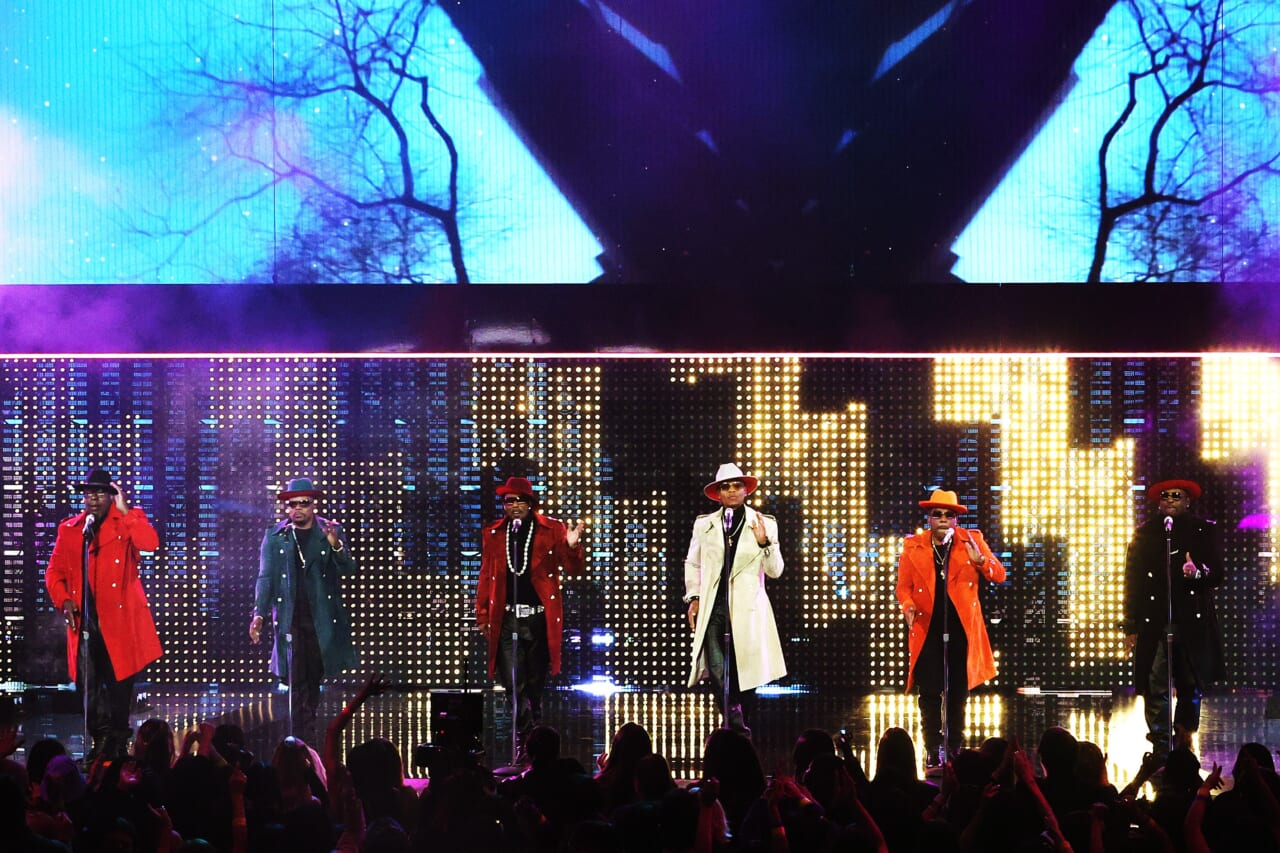 It was a boy band renaissance at the 2021 AMAs. During the awards show, Boston-based boy bands New Edition and New Kids on the Block faced off in front of millions.

As TheGrio previously reported, New Edition has had quite the exciting year, cementing their iconic legacy with a tour announcement for 2022. The group, who won their first American Music Award in 1987, performed live for the first time in four years.

For the epic performance, Bobby Brown, Ricky Bell, Ralph Tresvant, Ronnie DeVoe, Michael Bivins, and Johnny Gill reunited and got everyone in the Microsoft Theater on their feet.

As previously mentioned, the performance was titled “Battle of Boston” with New Edition joining New Kids on the Block in an epic boy-band medley.

In a heartwarming rehearsal clip airing right before the performance, the boys of New Kids on the Black give New Edition their flowers, saying, “If there was no New Edition, there would be no New Kids on the Block, no Boyz II Men, no Backstreet Boys, no *NSYNC, no O-Town, no One Direction, no LFO…no nothing!”

The actual performance saw both bands performing their biggest hits, with New Edition kicking things off with one of their signature songs, “Candy Girl.” The performance played similar to the popular Verzuz format, with each band doing back-to-back hits from their respective catalogues.

New Edition also performed hits like “Mr. Telephone Man,” “Is This The End,” and more.

Brown and Gill sat down with theGrio ahead of their epic performance, speaking about reuniting with NKTOB, hailing from Boston and more.

Brown shared, “Well, you have to be proud of where you’re from. And we take it really personal with our sports teams, with everything being from Boston. You know, you have to be Boston proud…Boston has had our back throughout the whole thing. So, you know, we’re really excited to be able to represent Boston in its fullest form.”

Gill spoke to their long break and getting back into music, which from the looks of the performance, was no problem at all.

“We’ve been doing this for so many years that, you know, you kind of know the routine, you kind of know what you’re going to do and when and how to pace yourself and and and getting back to in action,” Gill shared.

“We’ve been doing this almost over 40 years almost, you know. Nothing is new to us that we haven’t seen before. We understand what our challenges are as we get older too, as well. But it’s like a fighter that gets older. You pick and choose your shots where you go put the pedal to the metal.”

Have you subscribed to theGrio’s podcast Acting Up”? Download our newest episodes now!
TheGrio is now on Apple TV, Amazon Fire, and Roku. Download theGrio today!