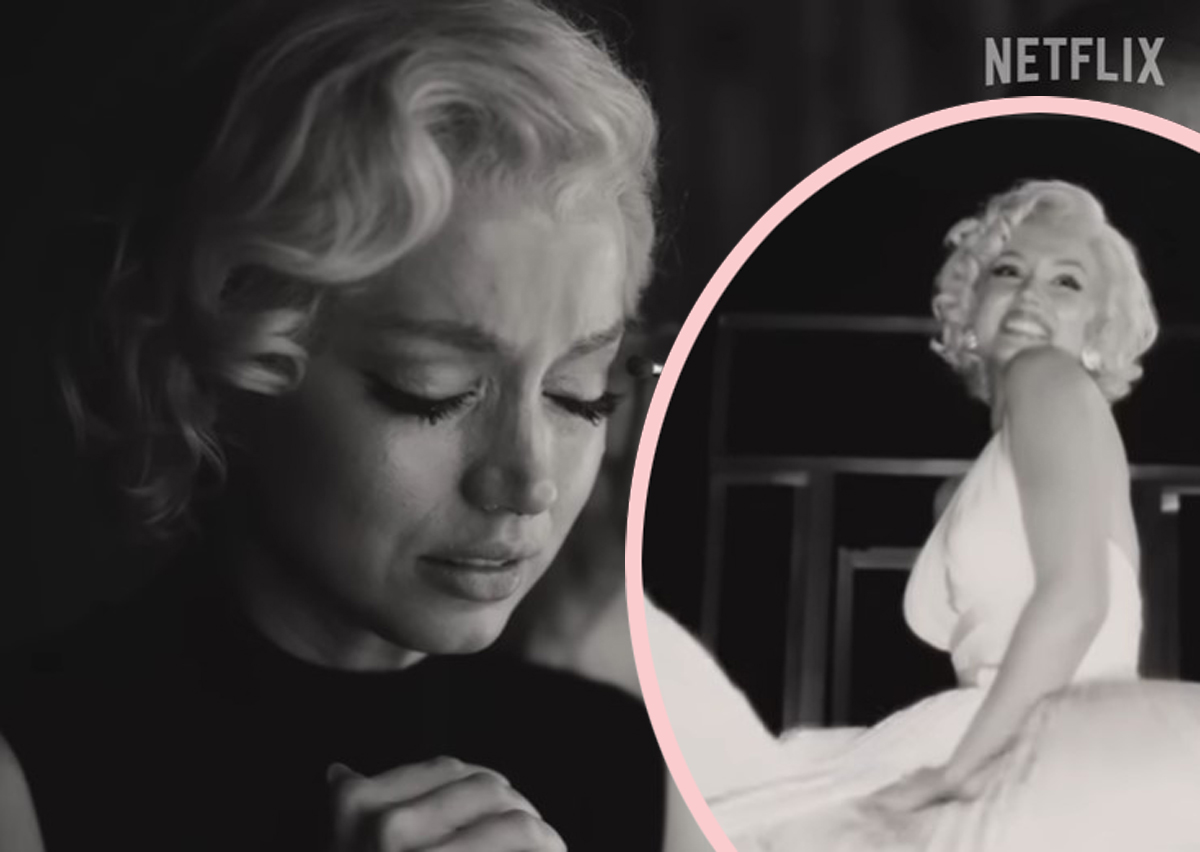 Blonde is based on the bestselling novel of the same name by Joyce Carol Oates, and even months before its September premiere, it’s already managed to ruffled quite a few feathers! First off, it was given a rare rating of NC-17 — often seen as the kiss of death for wide-release Hollywood movies! In fact, Netflix themselves pushed back the release date last year when they were shocked by the graphic nature of the film! Director Andrew Dominik has already said the piece has “something in it to offend everyone” — definitely not one to watch with the kids, folks!

In the first teaser for the biopic we get a first really good look at Ana De Armas as the iconic blonde bombshell — and no matter what else comes of the film, you have to admit she looks absolutely stunning!

The synopsis of the movie claims it “boldly reimagines” Marilyn’s life — something plenty of fans and historians aren’t too happy about:

“Blonde boldly reimagines the life of one of Hollywood’s most enduring icons, Marilyn Monroe. From her volatile childhood as Norma Jeane, through her rise to stardom and romantic entanglements, Blonde blurs the lines of fact and fiction to explore the widening split between her public and private selves.”

Dominik is not holding ANYTHING back in this retelling! And Joyce Carol Oates has already given her stamp of approval, calling it “very disturbing” and “brilliant” in a tweet last year.

In an exclusive interview with Netflix Queue, Ana gave an inside scoop about the making of Blonde, saying:

“We worked on this film for hours, every single day for almost a year. I read Joyce’s novel, studied hundreds of photographs, videos, audio recordings, films — anything I could get my hands on. Every scene is inspired by an existing photograph. We’d pore over every detail in the photo and debate what was happening in it. The first question was always, ‘What was Norma Jeane feeling here?’ We wanted to tell the human side of her story. Fame is what made Marilyn the most visible person in the world, but it also made Norma the most invisible.”

She also said she “found it to be the most daring, unapologetic, and feminist take on Marilyn’s story” she had ever seen. Huh.

Sounds like the whole team worked really hard to really capture the true essence of the late legend — and weren’t scared to cause some controversy along the way! In a February interview with ScreenDaily, Dominik reiterated the offensive nature of the biopic, throwing down the gauntlet:

“Blonde is a demanding movie. If the audience doesn’t like it, that’s the f**king audience’s problem. It’s not running for public office.”

Wow! That’s certainly got us anxious for the release!

Mark your calendars because Blonde hits Netflix on September 23. Ch-ch-check out the full teaser (below):