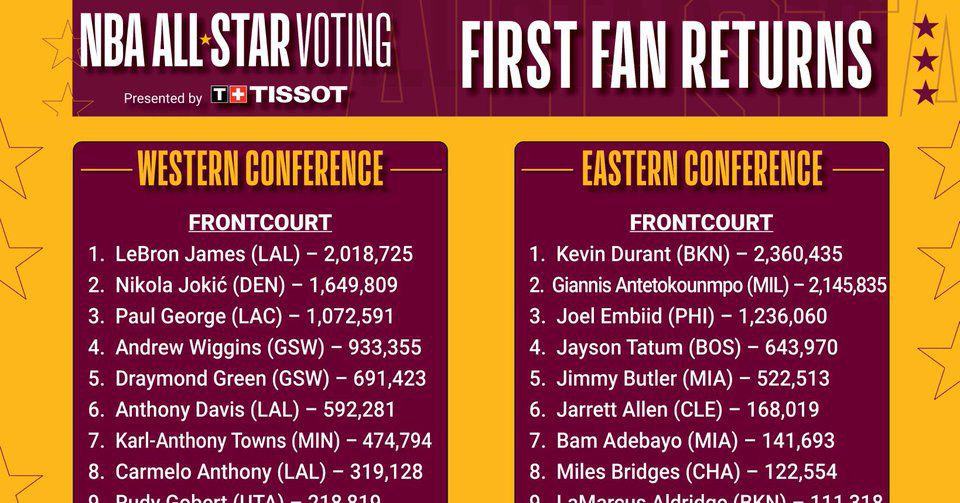 The NBA moved away from fan voting being the only factor in determining the All-Star starters after the 2016 game when veteran role player Zaza Pachulia nearly became a starter thanks to a push from a Vine star (bet you didn’t think you’d read that sentence today). NBA commish Adam Silver changed the parameters for picking All-Star starters the next year, and now the vote is split between the fans (50 percent), media (25 percent), and players (25 percent). Each conference will have three frontcourt players and two guards selected as starters.

The All-Star fan voting results still generates plenty of attention in the NBA even if it’s no longer the sole determining factor. On Thursday, the league announced its first round of returns on the fan vote. As always, the fans got some things right and some things wrong. Let’s dive into it.

Let’s start with what the fans got right

What the fans got wrong with 2022 NBA All-Star voting

Got any other gripes? Let’s hear them in the comments.