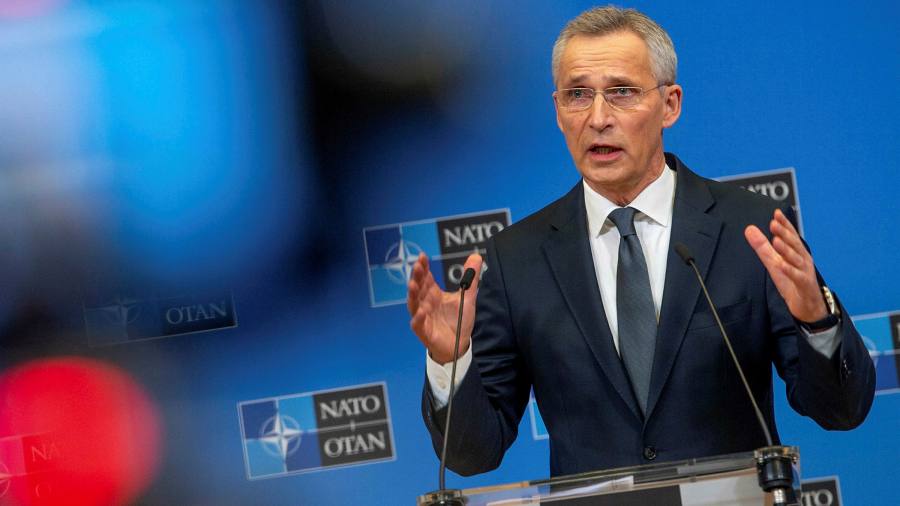 Nato has warned Moscow to abandon its belligerent foreign policy and co-operate with the west or face a military alliance steeled for conflict, on the eve of a week of intense diplomacy aimed at averting a Russian assault on Ukraine.

Jens Stoltenberg, Nato secretary-general, said the US-led defence pact was prepared for “a new armed conflict in Europe” should negotiations fail, as western officials readied for potential discussions with Moscow on reducing the size of military exercises, arms control and a pledge not to deploy US missiles in Ukraine.

“I am aware of Russia’s history. For centuries they have experienced conflict with neighbours,” he told the Financial Times. “[But] Russia has an alternative: to co-operate, to work with Nato.”

Russia has deployed about 100,000 troops at locations close to its border with Ukraine in recent months, sparking fears that it plans a fresh attack on a country it invaded in 2014 with the annexation of Crimea.

President Vladimir Putin has denied any plan to invade. But he has warned of possible military action if the US and Nato ignore Moscow’s demands for new defence agreements that would severely reduce US and Nato capabilities in Europe. Russia claims those capabilities are a threat to its borders.

“It is possible to find together a path, a political way forward, and also to address Russia’s concerns . . . But there continues to be a risk of conflict,” Stoltenberg said in an interview. “Nato’s deterrence is credible and strong . . . We have to hope and work hard for the best, but be prepared for the worst.”

His warning comes ahead of formal talks between Russian and US officials in Geneva on Monday, followed by a meeting of the 30-member Nato alliance and a Russian delegation on Wednesday. A third meeting hosted by the broader Organization for Security and Co-operation in Europe is set for Thursday.

Russia’s demands include a ban on Ukraine and other countries joining Nato and a Kremlin veto on alliance activities in member states that joined after the collapse of the Soviet Union. Stoltenberg said both of those were unacceptable because they breached Nato’s “core principles” of offering membership to all and defending allies equally.

Instead, Stoltenberg said the US and Nato were prepared to speak with Russia about possible risk-reduction measures “like arms control, on efforts to try to have more transparency on military activity, exercises, and also on lines of communications”.

Ruling out US missile deployments in Ukraine and discussing broader rules on missile systems in Europe were two areas where Washington saw possible scope for agreement, a senior Biden administration official said ahead of the talks, adding that it would be dependent on whether “Russia is willing to make a reciprocal commitment”.

The US was also “willing to explore the possibility of reciprocal restrictions on the size and scope of [military] exercises, including both strategic bombers close to each other’s territory, and ground-based exercises as well”, the official said, adding that “no firm commitments” would be made in Geneva.

Washington has firmly denied media reports that it could offer to pull back some troops stationed in eastern Europe in exchange for Russia scaling down its deployment on the Ukrainian border. Instead, officials said the US and other Nato allies were ready to increase that presence if Putin took any military action.

The US, EU and other western partners have also warned that they will impose financial and economic sanctions on Russia in the event of military escalation, which western officials said would entail “massive consequences and severe costs” for Moscow.

While the Kremlin has voiced hope for quick solutions from the talks, Stoltenberg said he expected it would take “a series of meetings” to find any mutually acceptable outcomes.

“We are ready to strive for a better relationship,” said the former Norwegian prime minister. “We have proven before that we are able to make compromises and find solutions with Russia.”