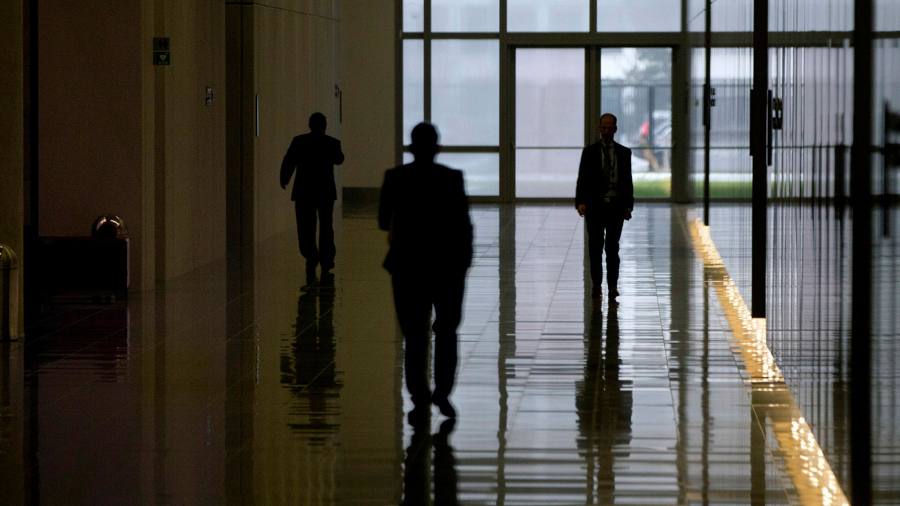 Nato has expelled eight “undeclared intelligence officers” from the Russian delegation to the military alliance, and halved the total size of Moscow’s representation, in a move that will further deteriorate relations between western militaries and the Kremlin.

The decision will reduce the maximum size of the Russian delegation to Nato headquarters in Brussels to just 10 diplomats, further eroding a communication channel designed to promote dialogue and confidence-building between Russia’s armed forces and the western alliance.

“We have withdrawn the accreditation of eight members of the Russian mission to Nato, who were undeclared Russian intelligence officers,” a Nato official said in a statement. Two other accreditations, currently vacant, will be withdrawn. The decision will come into effect at the end of the month.

“We have strengthened our deterrence and defence in response to Russia’s aggressive actions, while at the same time we remain open for a meaningful dialogue,” the official added.

But Russian deputy foreign minister Alexander Grushko said the move implied recent Nato member states’ comments in favour of de-escalation of tension with Russia and re-establishing a bilateral dialogue were a bluff. “If anyone believed those statements were sincere, then today nobody does. Everyone understands their real goal,” Grushko told Russian newspaper Kommersant.

Relations between the Kremlin and western capitals are at a post-Cold War nadir following Moscow’s invasion and annexation of Crimea in 2014, allegations of Russian meddling in western elections, and the attempted assassination and subsequent jailing of opposition activist Alexei Navalny.

Tensions with Nato have also risen this year due to a decision by Moscow to rapidly deploy a large military force on the border of Ukraine in April, and after large-scale war games and defence exercises conducted this summer in eastern Europe by both Russian and Nato troops.

Nato’s decision to remove the accreditations follows a spate of diplomatic expulsions involving Russia and western powers this spring, where more than 150 envoys from both sides were sent home in the space of a fortnight.

Some of those diplomats were expelled by Moscow or foreign capitals as alleged spies, while others were kicked out in tit-for-tat responses.

Nato first reduced the maximum size of the Russian delegation from 30 to 20 diplomats in response to the attempted assassination of double agent Sergei Skripal in the UK in 2018.

The Russian delegation to Nato was set up in 1998 and mirrors a Nato military liaison office in Moscow. The respective envoys were designed to facilitate information-sharing between Brussels and Moscow prior to 2014, when formal co-operation was suspended following the invasion of Crimea.

Moscow says Nato is increasing its deployment of troops and weaponry close to the borders of Russia, in breach of an agreement between the two sides.

Both sides claim the other is developing weapons that are in breach of international treaties.