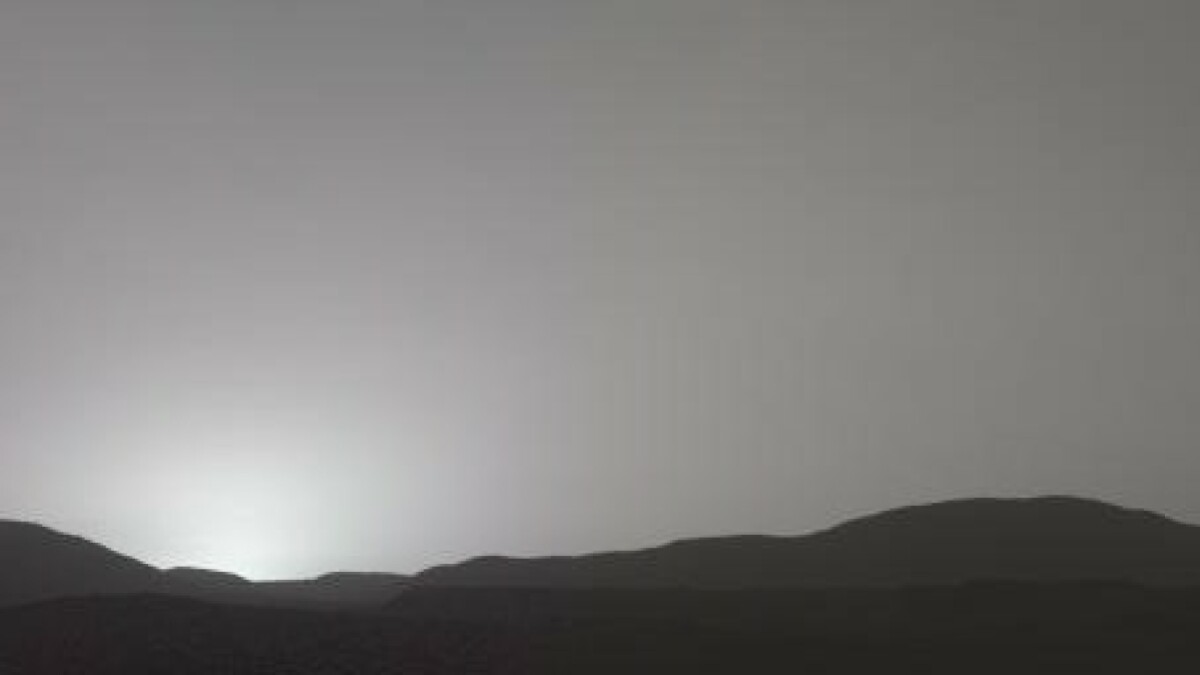 Martian sunsets are often blueish. But not this one.

NASA’s car-sized Perseverance rover captured its first view of a Martian sunset this week. In dim ghostly light, the sun sets behind the hills in Mars’ Jezero Crater, a place planetary scientists suspect was once flooded with water.

The rover has been quite busy as it rumbles around the rocky Martian terrain, so it hadn’t yet peered at the sunset. Perseverance’s primary mission is to seek out signs of past, ancient microbial life — something no rover has found. This means intensively sleuthing out interesting rocks that might harbor past hints of life, like organic materials that microbes may have once munched on.

Perseverance has started collecting rocks, too, for a future mission to collect and ferry back to Earth. So far, NASA has directed the rover to store three rock samples in titanium tubes. One day, these extraterrestrial rocks may give planetary scientists a good idea of whether any life once dwelled in pools of Martian water, glimmering beneath eerie Martian sunsets.