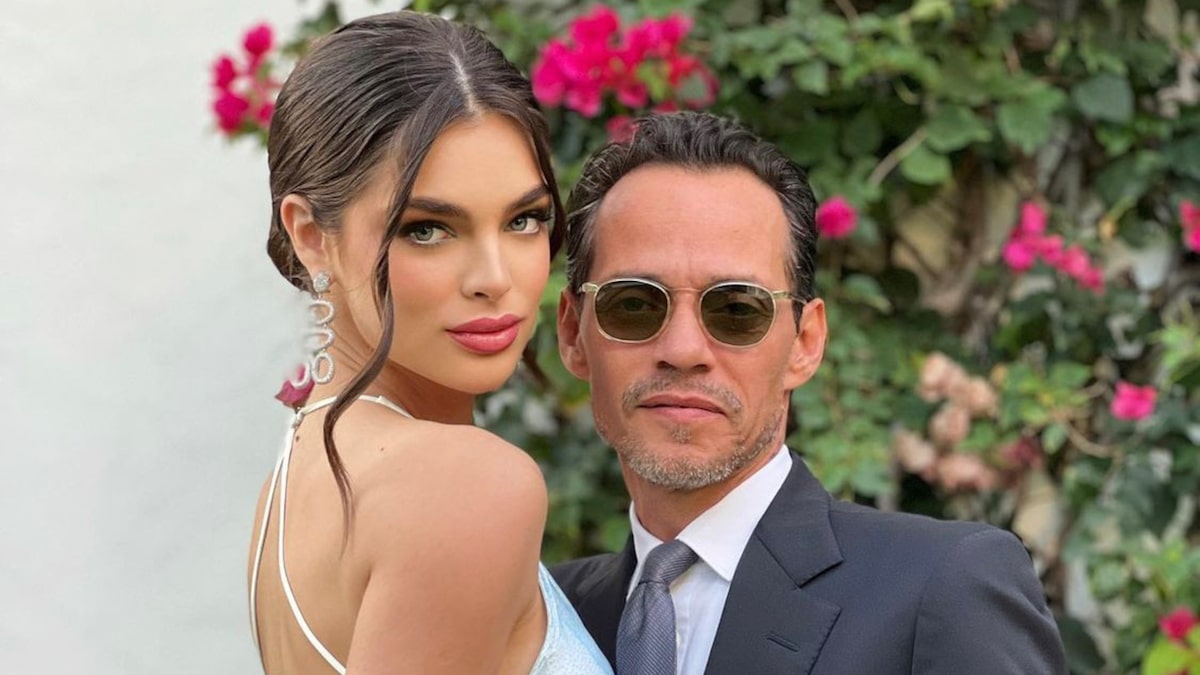 Nadia Ferreira is showing off the sparkler of an engagement ring Marc Anthony gave her — but the photo also underscores how Marc moved on from ex-wife Jennifer Lopez.

Ferreira, a 23-year-old former Miss Universe contestant from Paraguay, excitedly shared an image of her ring this week as her way of announcing that she was officially engaged to the iconic singer, who is exactly 30 years her senior.

“Engagement Partyyyyy!!!” she captioned the close-up image of Marc’s hand on top of hers.

But while outlets at first though the black tattoo on Marc’s ring finger signified a wedding band, it is now clear that it is what’s left of the “JLM” J.Lo tattoo he sported during his marriage to the superstar, which lasted from 2004-2014.

In spite of the blackout, there’s no bad blood — Marc and Jennifer have remained friendly exes and co-parents of their twins Max and Emme.

As for Nadia’s ring, People reveals she and Marc spent a day in Miami with friends ahead of a lavish boat party, toasting with champagne, all in honor of Ferreira’s birthday.

The outlet goes on to report the couple’s engagement news was the surprise dessert, and was announced on Instagram by the birthday girl at party’s end.

The Diamond Pro CEO Mike Fried told People the ring “looks to be an emerald cut flanked on either side by tapered baguette diamonds.” He estimates it to be 10 carats in size — a real whopper!

The marriage will be Nadia’s first and Marc’s fourth. Marc was wed to Miss Universe Dayanara Torres from 2000-2004, fathering sons Cristian and Ryan with her. He was then married to J.Lo, and wed model Shannon De Lima the same year his protracted divorce from Lopez was made final, in November 2014. They split at the end of 2016 and were officially divorced by February 2017.