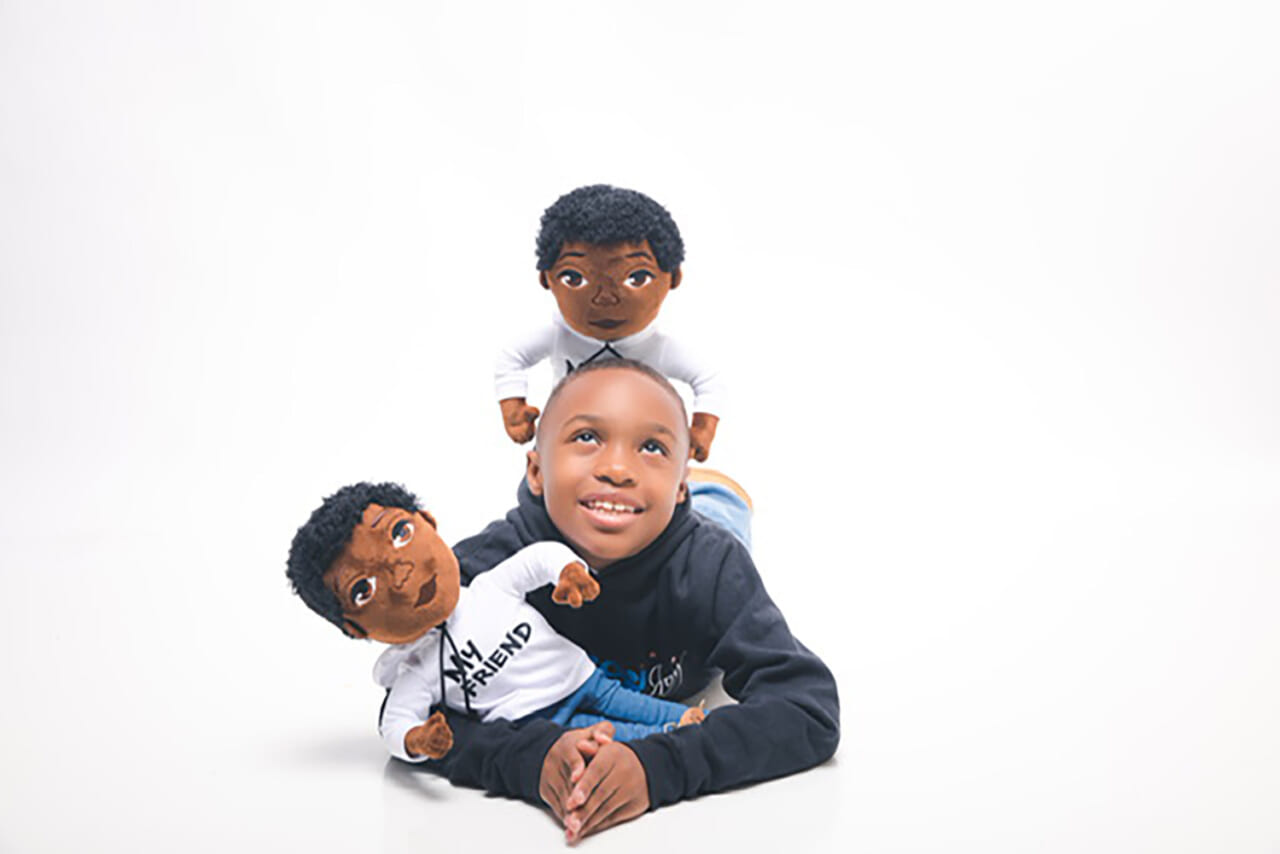 A 9-year-old Ohio boy wanted to do something to engage young Black boys after being inspired by his mother’s girls empowerment program.

Now Demetrius Maurice Davis Jr is the CEO of Our Brown Boy Joy — a plush doll line for Black boys that he started with his mother Luciana Gilmore.

“My mother had a mentoring business for girls, and I felt like there wasn’t anything for me,” said Davis, who is affectionately called Lil D. “I begged my mother to focus on boys.” The company released its first dolls for purchase in February 2021 and is on a mission to change the narrative about Black boys in the media.

Gilmore is the founder of Gilmore Girls Greetings Foundation, a program she started in 2016 to “inspire and empower girls and women,” through community service and “girl coach” workshops.

“I was the only boy at these conferences,” said Demetrius to PEOPLE. Although he attended all her programs, he said he couldn’t help but feel alone.

“My mom was also doing these Zoom meetings with them, and I felt left out,” he said to Cleveland.com.

Gilmore said her son then became obsessed with how to develop a project focused on boys his age.

“I started shopping around for dolls of color and discovered there was nothing that looked like my son,” said the former Cleveland Metropolitan School District principal, adding that Demetrius always liked dolls.

Determined to gift the company to her son by his 8th birthday, the mother kept the venture under wraps and worked on the paperwork and production herself.

In June 2020, he was given a folder stating that he was the founder of the company.

“It is important to me because I want the world to think good things about Brown boys,” said Demetrius.

After finalizing the first prototype of the doll, he dressed the figure in a white hoodie and Timberland boots to honor Trayvon Martin — the Black teen that was fatally shot in 2012 by George Zimmerman while he was walking home from the convenience store.

“We aren’t bad, or mean, or trouble; we are smart, fun, and creative,” the CEO added. He said he also wants to pay homage to Tamir Rice who was killed by Cleveland police at 12-years old.

“Our boys are often depicted negatively in the media,” said Gilmore, who spoke to her son about the tragedies after the murder of George Floyd sparked conversations about representations of Black men in the media. “On store shelves, the representation is minimal. And within the toys category, there is almost none for our boys. We must have opportunities for our boys to see themselves positively everywhere. Representation matters.”

The company offers both subscription boxes or individual purchases of dolls.