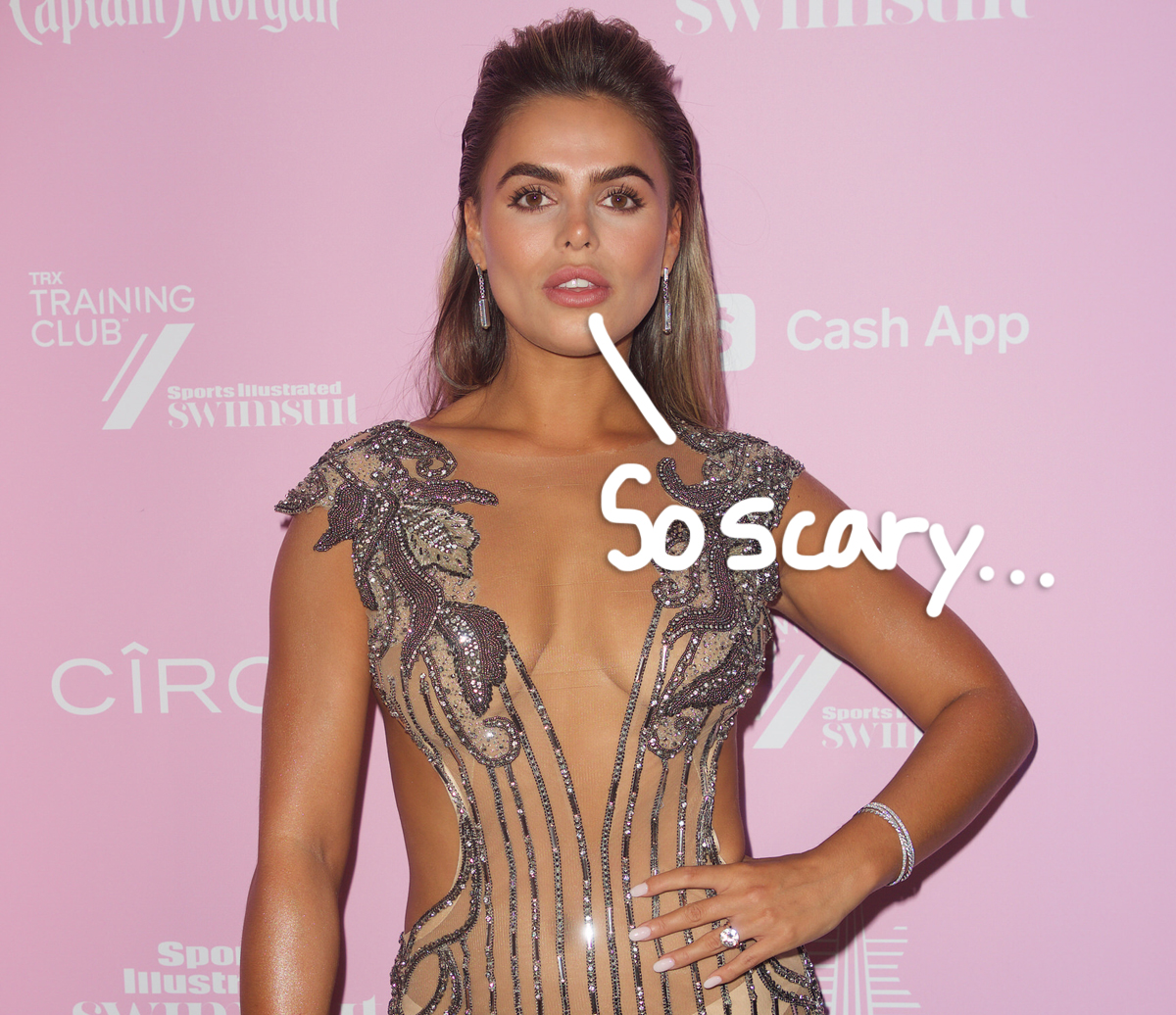 One woman wants to warn others to remain more vigilant while out and about after experiencing the “scariest moment” of her life, all thanks to an Apple AirTag.

In a video posted to her Instagram Stories on Thursday, model Brooks Nader claimed a random stranger slipped the device inside her bag while out in New York City one night to track her location. In case you didn’t know, AirTags are basically button-sized, wireless tracking devices meant to help users find lost items like keys through the “find my phone” feature on their Apple products. And apparently, in the hands of the wrong person, it can also be used in some alarming ways…

After her night in the city, the Sports Illustrated Swimsuit model said she received a suspicious notification on her phone that told her someone had been following her movements for some time. She recalled:

“I was at a bar in Tribeca. I was at the bar and waiting on someone alone and had my coat on the chair behind me. It was crowded. Lots of people. Then I went to meet some girlfriends at a bar nearby. I didn’t get any notifications. Then I went to the next spot, no notifications. Then, stupidly, I was walking home alone because I live in the neighborhood. Around 11:30 p.m., I was already on my walk home when I got the notifications that said someone is tracking you and has been for a while. So I freaked out. And then, of course, my phone died.”

According to Good Morning America, the 25-year-old received these notifications at the time: “unknown accessory detected,” “this item has been moving with you for a while,” and “the owner can see its location.” The 25-year-old continued in the video:

“My man was freaking out, it was like midnight and it turns out that it was an air tag which is a tiny white circular thing that Apple makes and it’s used for horrible horrible things after I researched it.”

Nader shared that she “had no idea” of the device’s existence before the terrifying experience. Now, she is hoping “to raise awareness, tell all my ladies out there to watch your belongings, look out for the notification,” adding:

“The only silver lining is that I got notified that someone was tracking me. It was the scariest, scariest moment ever. I just want everyone to be aware that this exists.”

According to Apple’s website, the company put in place several features “designed to discourage unwanted tracking,” including a Tracker Detect app for Android users and a notification system for iOS products. After Nadar’s story made headlines, a spokesperson for Apple issued a statement to E! News, saying:

“We take customer safety very seriously and are committed to AirTag’s privacy and security. AirTag is designed with a set of proactive features to discourage unwanted tracking – a first in the industry – that both inform users if an unknown AirTag might be with them, and deter bad actors from using an AirTag for nefarious purposes. If users ever feel their safety is at risk, they are encouraged to contact local law enforcement who can work with Apple to provide any available information about the unknown AirTag.”

Thankfully, Brooks phone died before she made it home because who knows what would have happened if it hadn’t…

You can ch-ch-check out her entire message (below):

Stay safe out there, Perezcious readers!!!