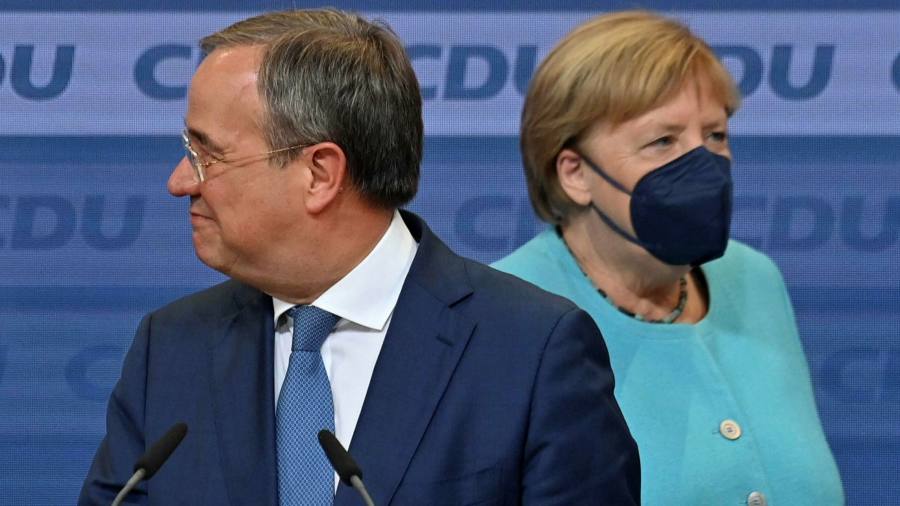 Angela Merkel will go down in history as one of Germany’s most successful chancellors. But for conservatives, her party’s defeat in last month’s national election has become an indelible part of her record.

Merkel failed at one of the most basic jobs for a senior politician: keeping her party in power. The September 26 election was supposed to return her Christian Democratic Union to office, this time under Armin Laschet. Instead, Laschet and the party performed disastrously. Many are now faulting Merkel, the CDU’s long-serving figurehead, for neglecting to groom an electable successor and for alienating its core conservative voters.

“The CDU is at a low point in its history, and of course people will ask to what extent Merkel, among other reasons, contributed to this,” said Christoph Ploss, a CDU MP and head of the party’s Hamburg branch. “She was, after all, our party’s leader for 18 years.”

Others are more damning. “She really neglected the party for years,” said one conservative backbencher. “Look at the state she’s left it in. That’s part of her legacy.”

Merkel’s CDU, together with its Bavarian sister party the Christian Social Union, took just 24.1 per cent of the vote — nearly 9 percentage points down on 2017. It was a disaster for an alliance that has run Germany for 52 of the past 72 years and sees itself as the natural party of government.

The election was won narrowly by the Social Democrats and their candidate, finance minister Olaf Scholz. The SPD has begun talks with the Greens and liberal Free Democrats on forming Germany’s first three-party coalition government since the 1950s.

On the day those negotiations began, Laschet, the CDU/CSU candidate for chancellor, yielded to pressure from within his party and signalled he was prepared to step down. If he does, the CDU will face its third leadership election in less than three years.

Many blame the CDU/CSU’s poor electoral showing on Laschet, whose approval ratings always lagged far behind those of Scholz, and say the parties should have run instead with the popular Markus Söder, leader of the CSU. “The cardinal error was to have chosen a candidate who didn’t connect with large parts of the electorate, and to do so against the will of the party’s rank-and-file,” said Ploss.

It was a decision that Merkel, who has tended to stay out of internal party politics since standing down as leader in 2018, had no hand in.

But some senior Christian Democrats have said that Merkel is at least partly responsible for the CDU’s predicament.

First, she stepped down as party leader in 2018 but decided to remain as chancellor. It meant that both of her successors as party leader — first Annegret Kramp-Karrenbauer, then Laschet — struggled to emerge from her shadow.

Kramp-Karrenbauer, who was widely seen as Merkel’s favoured heir, lasted little more than a year as leader. Resigning in February 2020, she said she had concluded the two jobs of chancellor and party leader “belong in one hand”. The remark was seen at the time as a criticism of Merkel’s refusal to make way for her in the chancellery.

Wolfgang Schäuble, Merkel’s finance minister for eight years and now Bundestag president, echoed that point last month, saying in an interview with Tagesspiegel newspaper that he was “firmly convinced that the two functions [of party leader and chancellor] must be carried out by the same person”.

Laschet found himself trying to run in the shadow of “a successful, veteran chancellor”, suggested Schäuble. “He can’t say, ‘we’re going to do everything differently’, but also can’t say ‘we’ll continue as normal’. After 16 years of Angela Merkel as chancellor, that is now a problem for my party.”

Merkel’s decision to quit as CDU chair also unleashed a power struggle in the party between its liberal and conservative factions, with both Kramp-Karrenbauer and Laschet — seen as moderates aligned with the chancellor — facing constant sniping from the more rightwing camp. It is a conflict that remains unresolved.

Some in the CDU also accuse Merkel of eroding the party’s identity. The Christian Democrats came to dominate the centre of German politics: her governments pursued a modernising agenda, bringing in a minimum wage, abolishing compulsory military service, closing down Germany’s nuclear power stations and introducing gay marriage.

In the process, she opened the CDU up to swaths of middle-of-the-road voters. But she alienated conservatives in the party. The anger intensified after her decision to let in hundreds of thousands of Syrian war refugees in 2015, a move that enraged hardliners and led to mass defections of traditionalist voters to the far-right Alternative for Germany.

“For years we just enacted social-democratic policies,” said the CDU backbencher. “We lost our profile.”

Some even began to wonder whether Merkel had more sympathy with the Greens than with her own party. There was anger when she received the climate activists Greta Thunberg and Luisa Neubauer, head of Fridays for Future, the school strike campaign in Germany, in the chancellery last year.

“It’s fair to ask whether Merkel even wanted to be succeeded by someone from the CDU,” said Andreas Rödder, a historian at Mainz university. “Especially after the Greta incident, you can understand why people would have serious doubts about that.”

Conservative MPs say that after 16 years of Merkel’s centrist policies, voters did not know what the CDU stood for.

“Polls show that we lost on issues that should be our core competence — things like foreign and economic policy,” said Ploss. “The clear takeaway from this election is that the CDU needs to broaden its appeal.”

Some are drawing personal conclusions. Kramp-Karrenbauer and economy minister Peter Altmaier announced on Saturday they would not be taking up their Bundestag seats, in order to make way for younger colleagues.

“After such a defeat the CDU . . . must renew itself,” Altmaier said. “That was clear to me on election night. And that everyone must start with themselves.”