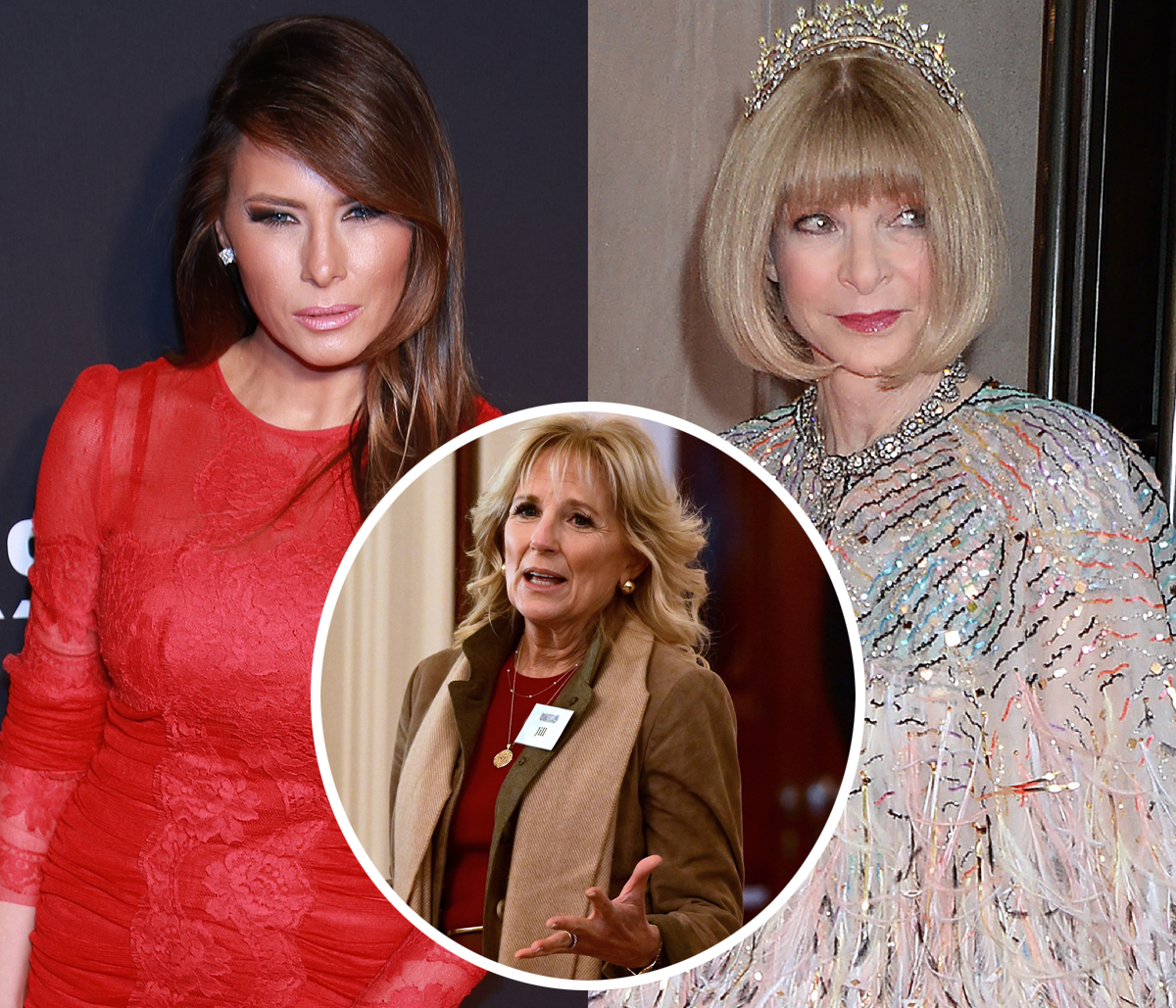 Apparently, Melania Trump cannot get over the fact that Vogue did not put her on the cover when she was the First Lady.

In her first sit-down interview since leaving the White House, the 52-year-old slammed the editor-in-chief, Anna Wintour, for being “biased” when it comes to choosing the popular fashion magazine’s cover stars. The comment came during her first sit-down interview since leaving the White House when Fox & Friends Weekend co-host Pete Hegseth noted that both FLOTUS Dr. Jill Biden and Vice President Kamala Harris have been featured on the cover, but Melania was not during the four years her husband Donald Trump was in office. He also pointed out that Michelle Obama was on the cover three times, and Hillary Clinton also received the honor once.

Related: Melania Trump Doubles Down On Controversial Charity Event Following Reports That It’s All A Scam!

So when asked what she thought about the decision not to include her on the cover, the Be Best advocate went off on Anna. Melania responded:

“They’re biased and they have likes and dislikes, and it’s so obvious. And I think American people and everyone sees it. It was their decision, and I have much more important things to do – and I did in the White House – than being on the cover of Vogue.”

As you may know, Jill was featured on the cover of the mag’s August 2021 issue. You can ch-ch-check out the stunning snapshot (below):

Although Melania did not appear on the cover during Trump’s presidency, she was featured on it wearing her wedding dress back in 2005 shortly after marrying the businessman. And according to The Daily Beast, her former aide Stephanie Winston-Wolkoff claimed that she was offered a shoot in Vogue twice before and after Trump’s inauguration. However, Melania allegedly refused to do it since they would not guarantee her a cover.

But there’s more… Journalist Amy Odell claimed in the new book Anna: The Biography that there’s some bad blood between the two ladies. The former first lady supposedly ignored Anna during her visit to Trump Tower in 2016. The editor reportedly arranged a meeting with Ivanka Trump and did not inform Melania that she was coming. According to Winston-Wolkoff, she was “so offended” that she “didn’t even say hello” to Anna upon her arrival.

What do you think about her comments, Perezcious readers? Sound off in the comments (below)…