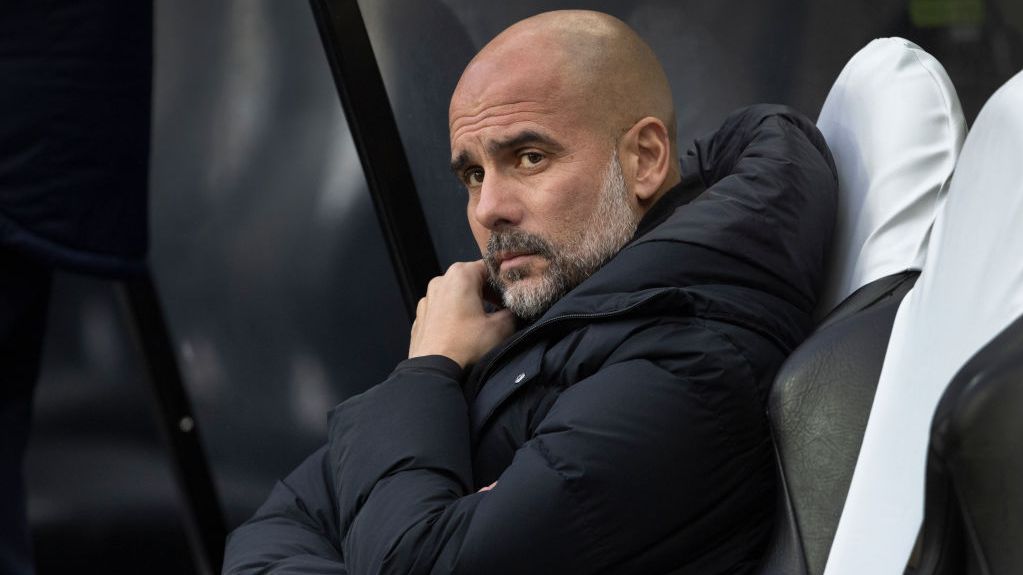 Manchester City boss Pep Guardiola has said he believes Premier League players may have to threaten a strike if they want football’s governing bodies to take their welfare seriously.

Liverpool midfielder Jordan Henderson has said he is concerned the health and safety of players is being compromised by a hectic fixture list, particularly during the coronavirus pandemic. The Professional Footballers’ Association (PFA) chief executive Maheta Molango said later on Thursday that the issue “cannot be kicked down the road.”

The Premier League has announced their intention to press ahead with games over Christmas and the new year despite rising COVID-19 cases. Although Guardiola backed Henderson’s comments, the City manager suggested it might not be enough to force changes, including increasing substitutions from three to five-per-game.

“It should be the players and the managers all together and make a strike; just through words it’s not going to be solved,” Guardiola told a news conference on Thursday.

“For FIFA, the Premier League, the broadcasters, the business is more important than their welfare. The simplest example is all around the world they have five substitutions; here it’s still three.

“Tell me one argument to take care of players’ welfare than this one.

“OK, we don’t play anymore until we solve that situation. Maybe then the people are going to pay attention.

“I don’t think [a strike would happen] because we want to play, we want to continue. Make the people happy going to the stadium on the 26th, 27th, 29th, 31st [of December] and 1st [of January] and play games because we love to do that. I’m not saying there’s a reason to make a strike. But when people say World Cups, European Cups, Carabao Cup semifinals over two legs, and FA Cups and the Premier League; more games and more games and less holidays.

“They need holidays. They need a rest for two or three weeks. And now we talk about welfare for players in that moment? No. It’s a problem.”

PFA chief executive Molango said in a statement he had spoken with many senior players and urged governing bodies to take notice of growing discontent among players.

“I can tell you that it isn’t going away. Players don’t choose to speak out on issues like this without having given it a lot of thought,” he said.

“As their union, the PFA enables players to stand together. That unity gives them enormous strength.

“Now it’s up to those who run the game at all levels to begin to take this seriously so it’s an issue that can be addressed constructively with players at the heart of the conversation. That has to happen now.”

Meanwhile, Guardiola said City will not sign a new striker in January even if Ferran Torres leaves for Barcelona.

The Spain international is close to moving to Camp Nou in a deal worth around £47 million plus add-ons, sources have told ESPN, and Guardiola said the club did not want to stand in the way once he had made it clear he wanted to go.

“No, we’re not going to bring a striker in January,” Guardiola said.

“I know they are negotiating [with Barcelona for Torres]. I think it is close. Txiki [Begiristain] didn’t call me to text me to say it is already done.

“I want the happiness of my players. I said many times, if you are not happy, you have to leave. We are not a club like other clubs, the guys who want to leave have to leave.

“The other thing is the agreement between the clubs, this is not my business. If the clubs don’t agree, you have to stay.

“You want to leave because you believe you will be happier somewhere else, you have to go. If he wants to leave, absolutely I am not disappointed. If the clubs reach an agreement, I am happy for him.”