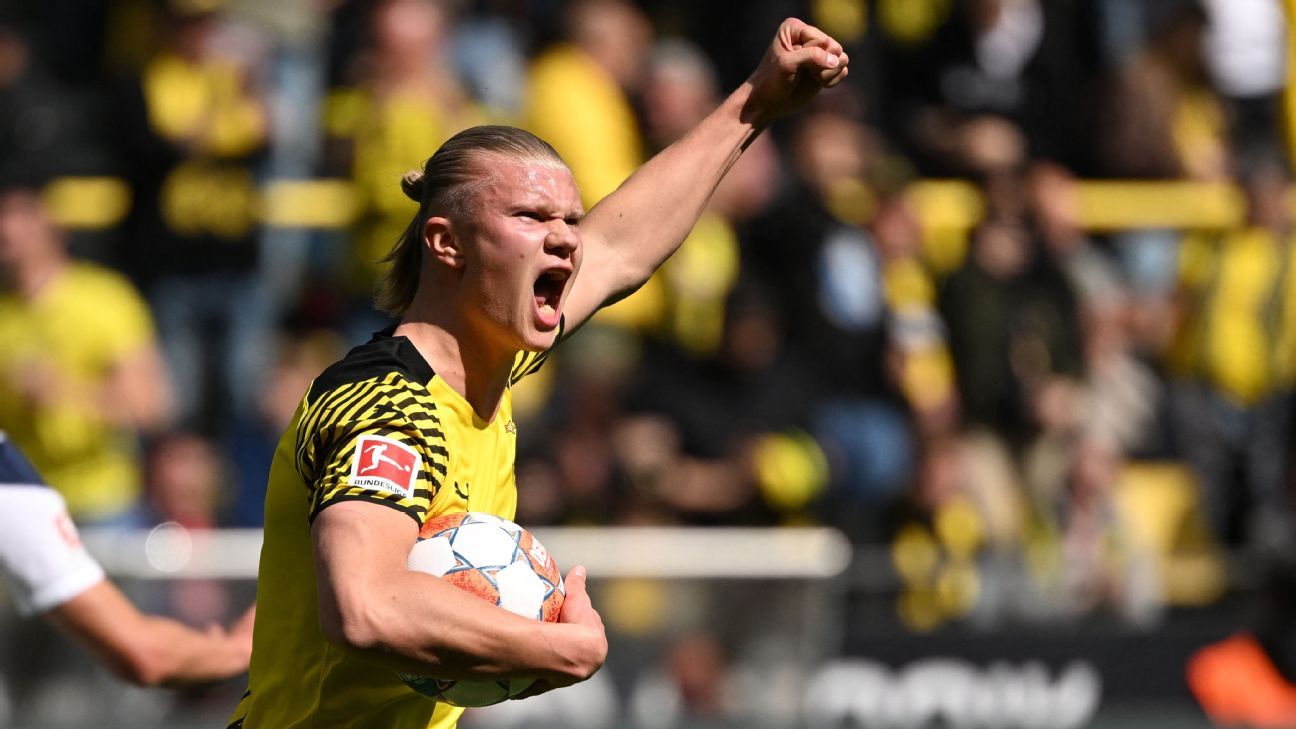 Manchester City have agreed a deal to sign striker Erling Haaland from Borussia Dortmund, the club announced on Tuesday.

Haaland, 21, will move to the Etihad Stadium this summer and is set to become one of the highest-paid players at the club. Sources told ESPN he will not top midfielder Kevin De Bruyne, on around £375,000-a-week, as their biggest earner.

The Norway international has been one of the most sought-after young players in the world, and City have fought off competition from Real Madrid and Bayern Munich to sign him.

Haaland joined Dortmund from Red Bull Salzburg in January 2020 and last season scored 41 goals in 41 games. At international level with Norway, he has already scored 15 goals in 17 games after making his debut in 2019. He has scored 36 goals in 34 appearances for club and country this season.

Dortmund have been resigned to losing Haaland for some time after agreeing to a release clause in his contract which became active ahead of this summer’s transfer window.

The deal means Haaland will play for the club his father, Alfie, represented between 2000 and 2003. Sources told ESPN that Alfie Haaland played a key role in negotiations with City while agent, Mino Raiola, was unwell. Raiola, who also represented Paul Pogba and Zlatan Ibrahimovic, died at age 54 last month.