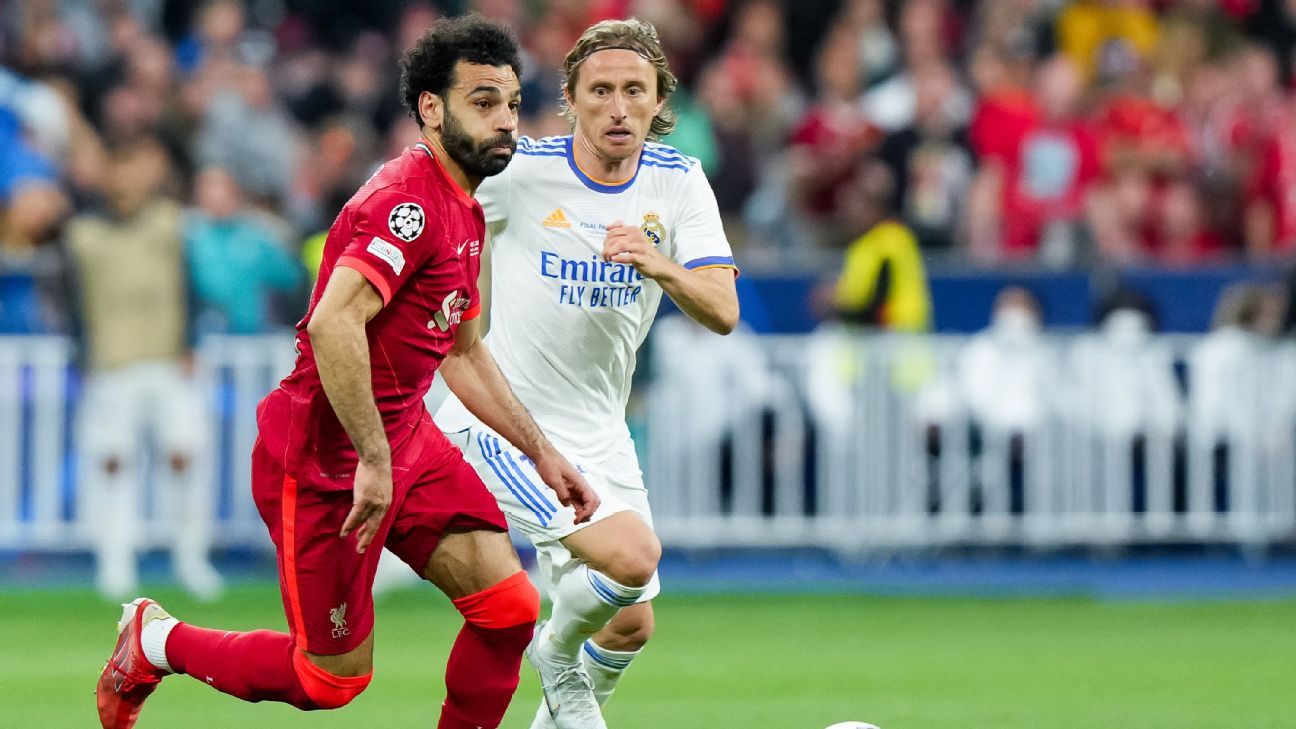 Madrid beat Liverpool 1-0 on May 28 to become European Champions for a record-extending 14th time.

Ahead of the game, Salah spoke about his wish to avenge Liverpool’s 3-1 loss to Madrid in the 2018 Champions League final.

Brazil international Rodrygo, who came on as a late substitute for Madrid in Paris, recalled a scene that happened after the game at the Stade de France.

“I have a funny anecdote,” Rodrygo told Cortes Podcast.

“Once the final was over, we [Madrid players] lined up and Liverpool [players] went by. A depleted Salah passed by.

“Modric was in front of me, he greeted him [Salah] and told him “Ok, ok, you try again next time.”

Unlike the 2018 final where Salah was forced to leave the pitch after 30 minutes due to injury, a moment he described as “the worst” of his career, the Egypt forward did play the entire game in Paris.

Salah, who lifted the Champions League in 2019, showed his competitive edge after losing a second European final.

“I cannot express in words how much we wanted to bring that trophy back to Liverpool but in the end we couldn’t,” he wrote.

“It has been a very long season but a part of me wishes the next one start again tomorrow.”