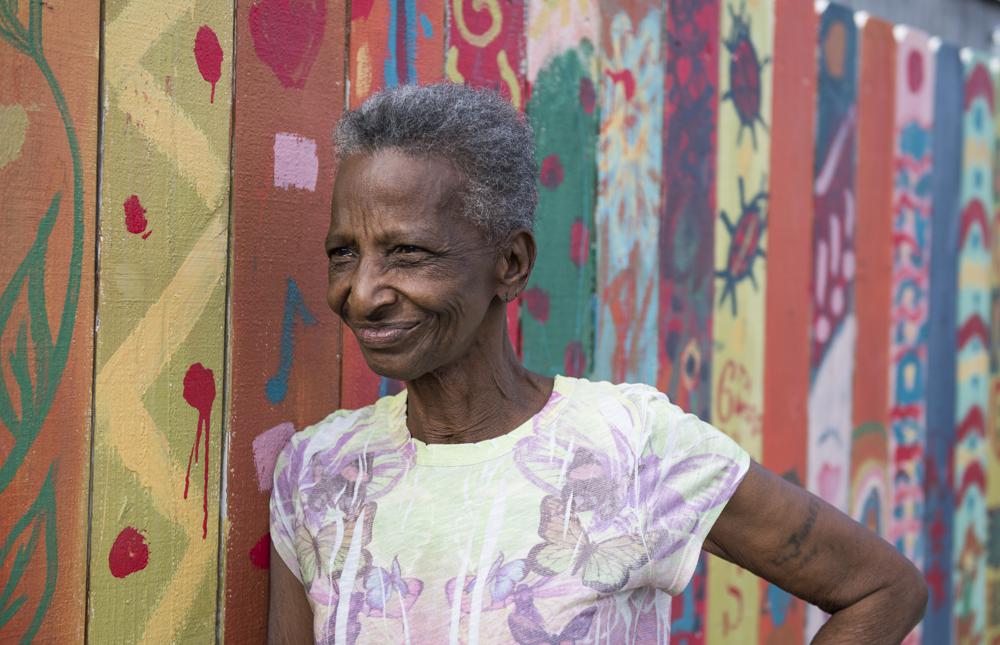 Lois Nelson Andrews, a New Orleans cultural icon who led countless processions as grand marshal of jazz funerals and second-line parades, has died. She was 69.

Andrews, known across the city as the “Mother of Music,” died of lung cancer on Nov. 10.

“C’mon, Merline, we’re going to bring back the baby dolls,” Andrews told her. In the 1990s, Andrews and Kimble launched the Gold Digger Baby Dolls.

The original Baby Dolls were groups of black women, and some men, in the early Jim Crow era who adopted New Orleans street masking tradition as a unique form of fun and self-expression, according to the Louisiana State Museum website.

Andrews also co-founded the Lady Money Wasters Social Aid and Pleasure Club in 1975 and the Dumaine Street Gang in the 1990s.

“She was always in the culture,” Kimble said. “She was a culture bearer, plain and simple.”

Funeral services were held Saturday at the Mahalia Jackson Theatre followed by a traditional jazz procession. On Friday, friends and family celebrated and remembered her with a musical tribute at Charbonnet Labat Funeral Home.

Andrews was passionate about all things New Orleans.

“She believed in this community, she was a die hard for everything she loved. Anything she loved, she was absolutely all into it,” said Judge Ranord Darensburg, a family friend, WGNO-TV reported.

“Her legacy is going to be a great contribution, not only to New Orleans, but to the world. She birthed some of the most famous and beautiful and talented musicians that this city has to offer,” he said.

Andrews grew up in a home filled with music. Her father was musician Jessie Hill, known for the 1960 hit song “Ooh Poo Pah Doo.” Her mother, Dorothy Mae Nelson Hill, is the daughter of guitarist Walter Nelson Sr., who played with jazz clarinetist Alphonse Picou. Her uncle, guitarist Walter “Papoose” Nelson Jr., played with Fats Domino. Another uncle, guitarist Lawrence “Prince La La” Nelson, is known for the song “She Put the Hurt on Me.”