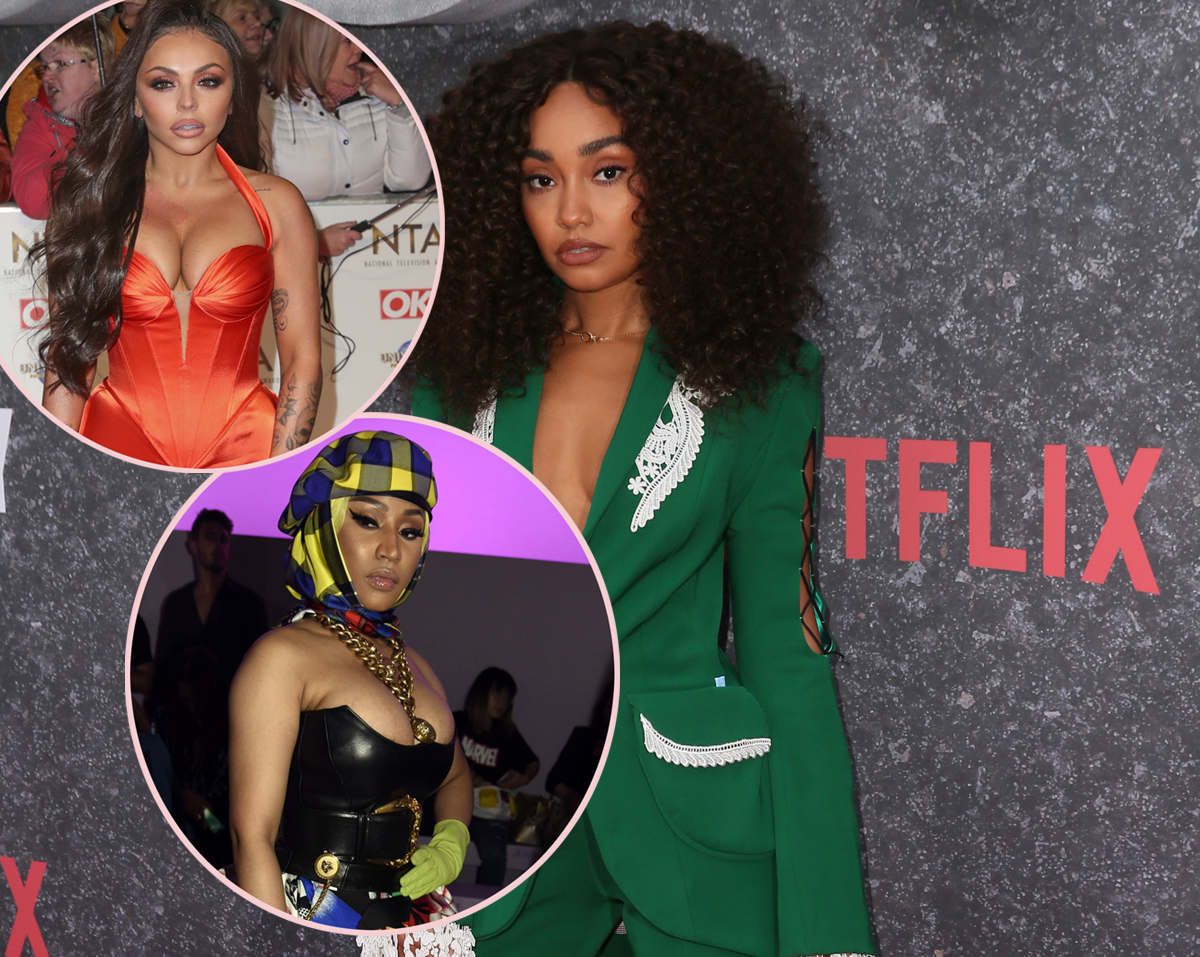 Leigh-Anne Pinnock is speaking her mind after all of the recent drama with her former Little Mix bandmate Jesy Nelson!

In case you miss it, Nelson released her first single as a solo artist called Boyz with Nicki Minaj last week and came under fire for blackfishing and harmful stereotypes in the accompanying music video. Pinnock seemingly called out the controversy at the time by re-sharing a poem that said:

“You can attempt to imitate, but soul, you cannot buy.”

However, Minaj apparently didn’t take that call out too kindly. On Instagram Live, the 38-year-old rapper clapped back at the new momma of twins for some unverified leaked text messages where she seemingly slammed Nelson for her problematic behavior:

“Take them text messages and shove it up your f**king ass. Let her enjoy this time. If you was in this group and haven’t talked about this s**t for 10 years… If you want a solo career baby girl just say that… If that’s how you felt, why were you kiki’ing with her and being in videos with her for 10 years. It screams insecurity. It screams that you’re jealous. And now you just look like a big, jealous Bozo.”

Soon after, Pinnock, Jade Thirlwall, and Perrie Edwards quietly unfollowed Nelson on Instagram over the weekend of the debut controversy. But that’s not all. During her birthday party on Saturday night, the Boxing Day actress gave an emotional speech where she addressed the current feud. TBH, based on the video obtained by The Mirror, it seems like she was really hurt by the disparaging comments being tossed around by Jesy and Nicki. She expressed:

“I’m 30 years old. I know my character, you know my character, anyone that meets me knows my f**king character – and that’s all I care about. I’m so proud of everything I’ve achieved. The most beautiful fiance, who I’m still obsessed with even after five years. I love you. And the two most beautiful, perfect babies…everything I stand for, everything I’m fighting for, it’s for them [the twins]. I will never stop. I have found my voice now and I will continue to use it. Tonight we celebrate life, best friends and amazing family. I love you all.”

There’s no denying part of that speech was aimed at the two ladies! Her footballer fiancé and baby daddy Andre Gray then took over the mic to share his piece, saying:

“You can put this on Instagram or whatever and if you’ve anything to say, come and find me. She’s my baby mother, my wife. If you’re going to try and disrespect my baby mother, my wife, my fiancée and my children, there’s gonna be a problem. That’s how it is. All I want to do is support you three. Everyone in here knows their names. When they grow up, I hope they’re just like you.”

Clearly, they do not care if The Barbz or Jesy see this! Do you think the collaborators will clap back at this speech, Perezcious readers?