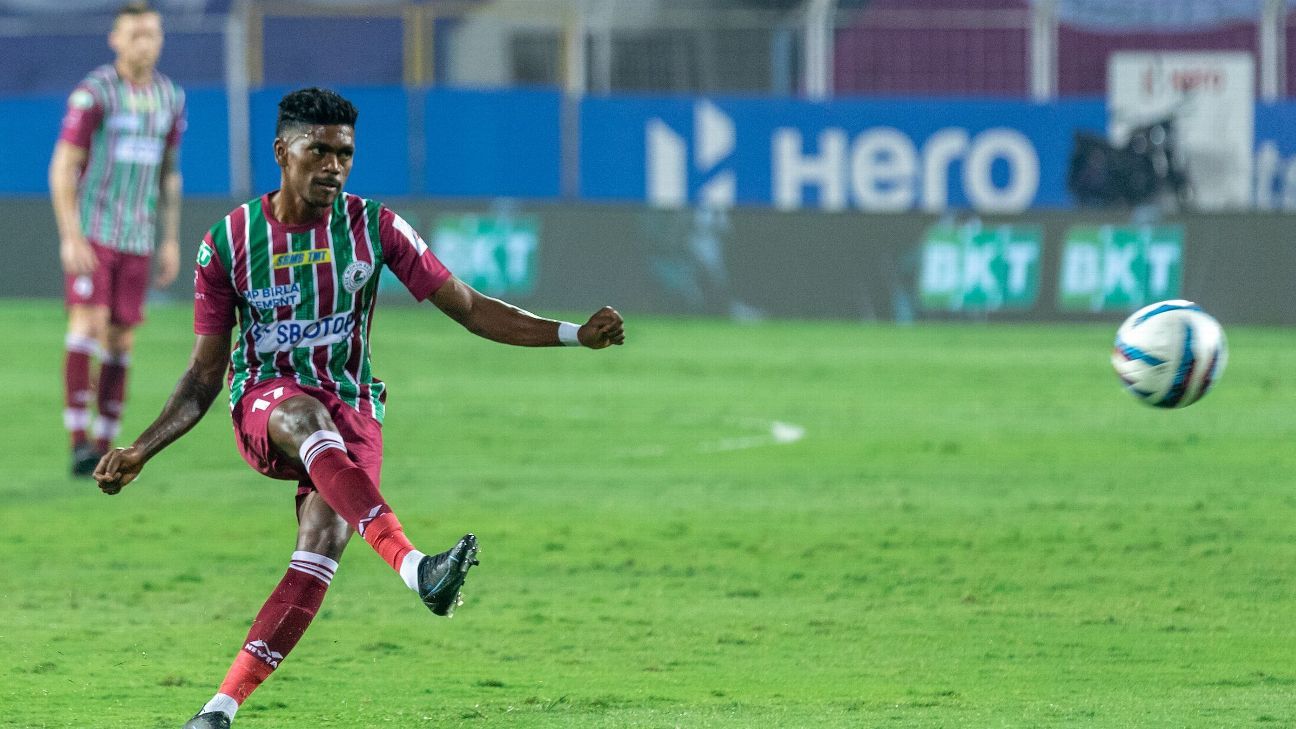 In a must-win game after their defeat to Gokulam Kerala in the Group D opener on Wednesday, ATK Mohun Bagan’s strong start was halted by strong winds and thunder showers that also damaged some parts of the Salt Lake Stadium.

The match was held up for close to one hour after 11 minutes into the first-half and ATK Mohun Bagan returned to blow away the Bangladeshi Premier League champions with Colaco’s double-strike in the space of nine minutes (25th and 34th).

Colaco completed his hat trick in the 53rd minute with a brilliant left-footed first touch, while David Williams came off the bench to seal the victory with his 77th minute strike.

ATK Mohun Bagan now have three points from two matches and face Maziya Sports and Recreation Club on May 24, hoping that other results go their way to grab the solitary berth available from group D for the AFC Cup Inter-Zone semifinals.

A fit-again India central defender Sandesh Jhingan was back in action after an injury layoff as the Juan Ferrando-coached side started off with a much positive intent after their opening round reversal.

In the absence of Tiri who has been ruled out for seven months because of an ACL tear, Jhingan helmed ATKMB defence with Subhasish Bose and Pritam Kotal, even as there was little challenge from their opponents.

Jhingan did not have a perfect outing and almost let in a goal in the 83rd minute with a missed clearance but Bashundhara failed to grab the opportunity.

The Bangladeshi Premier League champions were also unlucky not to have scored in the 19th minute when their captain Robson’s strike came off the post from a free-kick.

A defensive lapse from Bashundhara gave ATK Mohun Bagan the opening goal and the 23-year-old Colaco scored from a Carl McHugh’s assist to open his account.

There was no looking back from there on and Colaco fired in his second goal, this time from Joni Kauko’s clinical pass. Colaco scored his third with Khaled Shafiei failing to clear an easy ball and Manvir Singh set it up from the right.

Williams then showed superb ball control to make it 4-0 minutes after he came in place for Kauko.

ATKMB also gave a debut to Bengal’s Santosh Trophy top goal-scorer Fardin Ali Molla who came in place of Manvir to play the last seven minutes of the match.