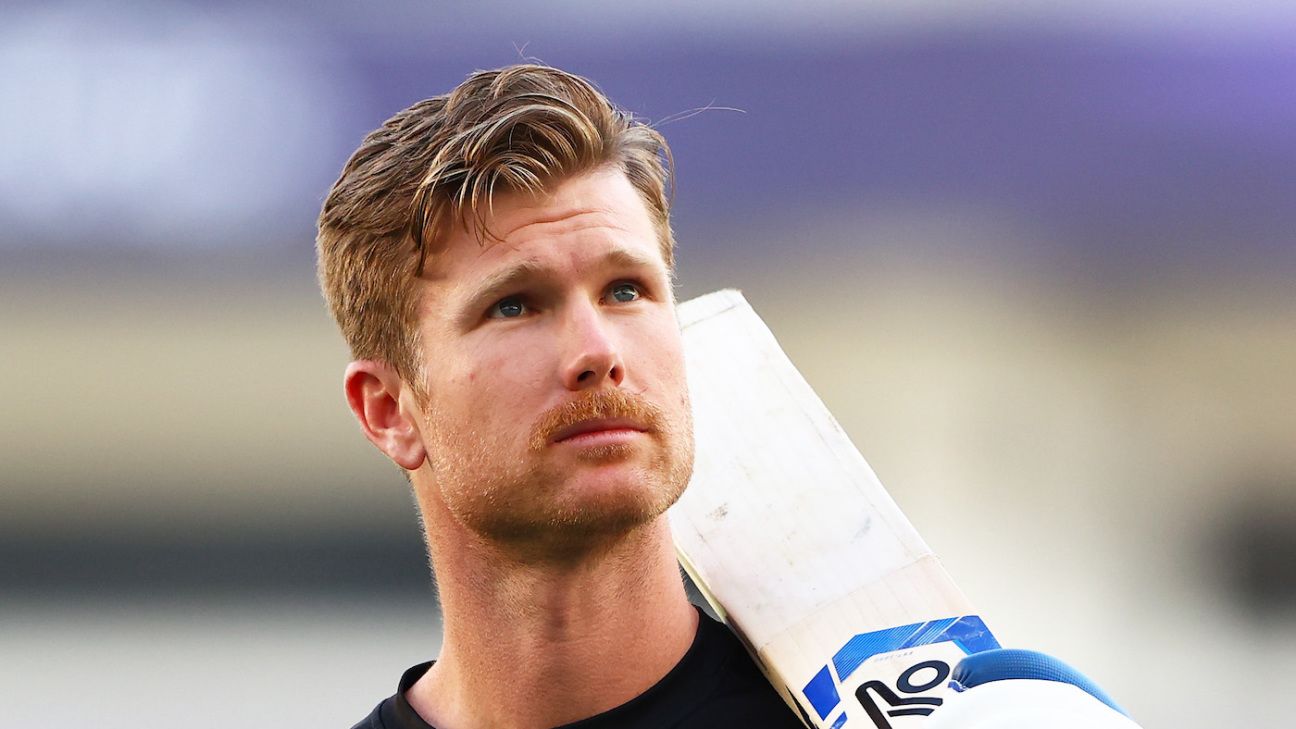 Cricket has never been short on cult heroes, fellows cut from a slightly different cloth. Maybe it’s the standing around all day in direct sunlight (or, conversely, having to come up with ways to occupy yourself while it rains). Maybe it’s the famed individual-contest-within-a-team-game dynamic. Whatever, quirky characters have a proud lineage within the sport, whether we’re talking Jack Russell, Rahkeem Cornwall or Colin “Funky” Miller.

Last week was a good one for a couple of these “rare units” – and not just because they get the socials buzzing (which is, of course, what usually catches the Light Roller’s attention after another hard night on the Super Stats). Only occasionally do cult heroes get to be actual heroes, but when Jimmy Neesham and Marcus Stoinis went to work in their respective T20 World Cup semi-finals, it was with bats rather than smartphones doing the talking.

Obviously, you can’t win the internet – and who in their right mind would want to, given the state of the place – but Neesham is the one cricketer you would want at the keyboard when the memelords are marshalling their dark forces. “Kids, don’t take up sport,” he tweeted after New Zealand’s brush with the barest of margins (aka boundary countback) against England in the 2019 World Cup final. “Take up baking or something. Die at 60 really fat and happy.”

Comfort eating was only briefly an option, and Neesham’s riposte was like a soufflé done to perfection in the oven of Abu Dhabi, whacking 27 from 11 and then walking off to let his team-mates finish the job. You might think you can’t win a match while parked in the dugout, but that is pretty much what he achieved. “The credit belongs to the man who is in the arena,” wrote Theodore Roosevelt. In this case, the credit belonged to the bloke sat with his arms and legs folded while Black Caps went flying all around him.

He was still sitting there, like Pablo Escobar pondering the infinite, after everyone else had gone back to the changing rooms. “Job finished?” he tweeted later, “I don’t think so.” There was disappointment again in the final, but safe to say the Neesh Appreciation Society is more than a niche interest.

Stoinis is an altogether different bird – more peacock than kiwi – but there were similar vibes sloshing around after he and Matt Wade (nice moustache but too yappy to be a cult hero) had flamed Pakistan in Dubai’s Ring of Fire. In and out of Australia’s white-ball sides over the course of a six-year international career, “Stoina” might be better known for some of his off-field endeavours – the coffee fetish, the painted nails, the bromance with Adam Zampa – but he is now a World Cup winner and, seemingly, a darned good egg, too.

Earlier in the tournament, having finished off a tight chase against South Africa, Stoinis gave a gloriously unfettered interview to the Grade Cricketer podcast, in which he revealed his inner monologue when heading out to bat as being: “Come on then, you f***ing rooster!” He ended up being the cock of the walk on that occasion, and had plenty to crow about after Australia’s victory final.

If that’s all a bit ornithological for you, let’s go back to the wisdom of Stoinis. “While I’m here, all I want to do is figure out how I can be the best cricketer I can be. How I can have as much fun as I can have and make people around me either have fun or become better cricketers.” That and also being an “absolute buffoon” when the time calls for it. Never mind games of cricket, it’s an approach that will serve you well in the game of life.

It’s that time again. The weeks of build-up, the excessive commercialisation, the silly hats and knitted jumpers – not to mention the inexorable sense of bloating. Going by recent history, England’s Ashes hopes could be as good as over by Christmas, but for now it’s all to play for. Joe Root has received an early present in the return of Ben Stokes, although Australia’s success in Dubai might knock the festive mood of the tourists – particularly those England players who have to share a charter flight from the UAE with the new champions. That said, Australia have won more T20 World Cups this year than they have Test matches, so who knows what to expect* at the Gabba next month?

Distressing news continues to come out of Yorkshire, with the county under sustained fire for its handling of the Azeem Rafiq racism report. Evidence of discrimination and neglect from those at the very top of the club has been stacking up, the painful testimony of Rafiq added to by those coming forward to voice similar experiences. And compounding the offence, someone decided to throw the b-word into the mix. Clearly straight talking isn’t what it was at the White Rose (awkward colour choice, on reflection), and the Light Roller can only hope that we live to see the day when dressing rooms up and down the country are cleansed of the scourge of “banter”.