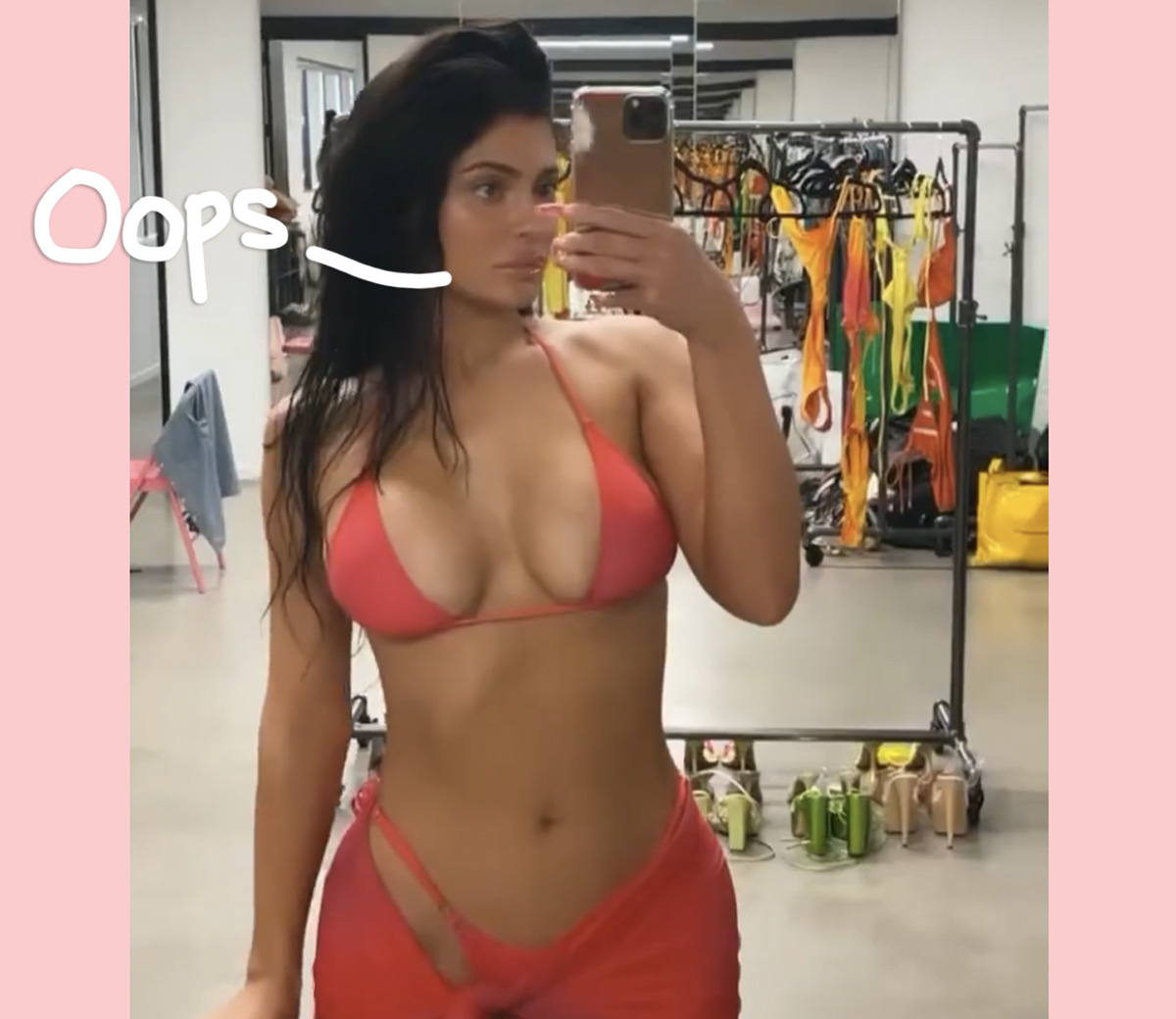 Kylie Jenner needs to do some damage control with her PR team, and FAST!

The Keeping Up With The Kardashians star launched her new Kylie Swim line on September 17, and while it was hyped AF in the days and weeks leading up to launch, customers are now starting to come forward to reveal that the whole thing has been a HUGE disappointment!

Expectations were pretty high to begin with, considering how the reality TV star and makeup biz mogul is offering up some pretty pricy suits: $80 for cutout one-piece offerings, $40 for classic triangle bikinis and $45 more for matching sarongs. So for that money,  TikTok and Twitter users finally receiving their shipments were pretty disappointed with the apparent lack of quality!

Some customers have taken to TikTok to share their displeasure over the alleged issues in the design and production of the suits.

You can see one very popular video (below) showing what appears to be low-quality seamstress work on multiple Kylie Swim pieces:

the way it keeps getting worse???? #kyliejenner #kylieswim

Another TikTok user called the Kylie Swim launch a “scam” and shared her major concerns — including how some of the suits were apparently made with such thin fabric so as to be see-through — in a two-minute video on the app:

Wow! Some of those look sloppy AF! What gives, Kylie?!

Related: Here’s Why Kylie Backed Out Of The Met Gala At The Last Minute!

Dozens of other social media users commented on Instagram and Twitter reaction to some of these viral exposé clips, too!

Some had a great sense of humor about the whole thing:

Tik Tok comments are honestly the funniest, one user tried Kylie Swim and showed how bad the stitching was and someone said “stormi made a few of them, looks like you got one of those special few” ????

But others were SERIOUSLY not feeling it! Here is just a small sample of some of those comments, complaints, and accusations from alleged customers:

“You need to be waxed, lasered … If you have any hair down there, it’s gonna show.”

“It’s all TRASH material. all the kylie swim reviews are terrible… how is she still releasing s**tty quality products after the cosmetics and skincare line flopped.”

“How is she still in business? Must be that family name…”

“them $80 for kylie swim was not worth it, material not even all that and this s**t dumb see thru. only cute on pics”

“Kylie Skin, Kylie Cosmetics, Kylie Swim, and Kylie Baby. What a life to have the capital to do whatever the hell you want”

“Kylie Jenner’s swim suit line doesn’t hold half the girls coochies that she’s posting… all their coochies are hanging out! Completely lips and all!!”

“For how much you are worth, your products should be so much better quality. suits and skincare alike, you’re [cheating] people out of their hard earned money it isn’t cool”

“Miss girl, it’s over once we all hop in the water don’t play.”

What’s the deal, Kylie?! Did Stormi Webster really make some of the suits or something?? Just asking…