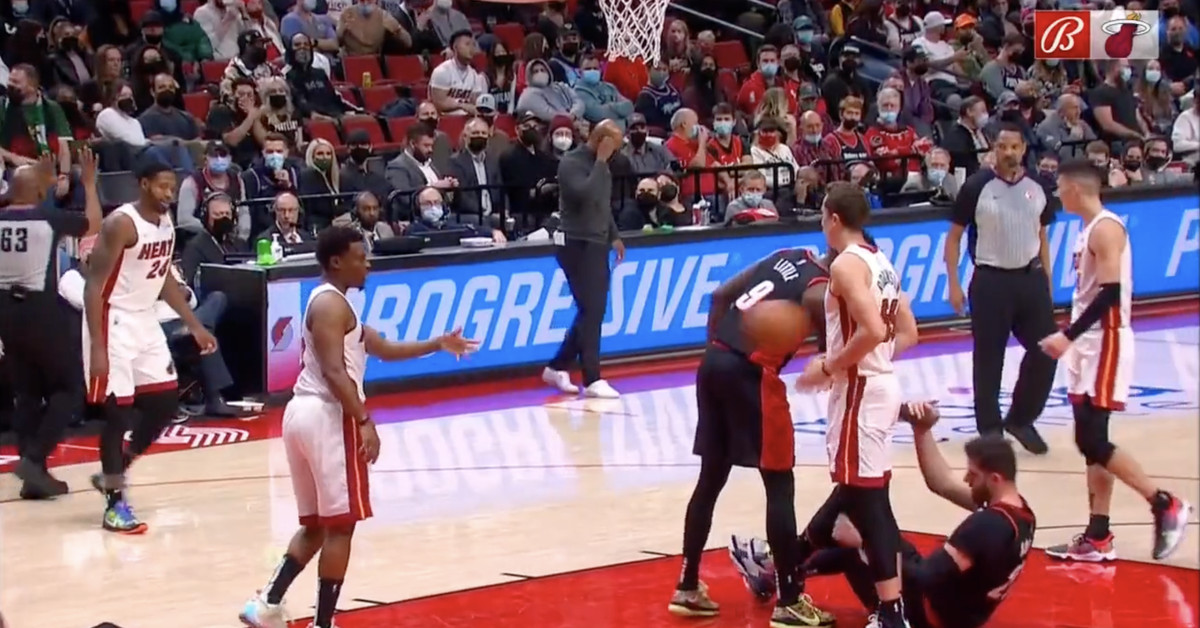 The Miami Heat were already shorthanded when they traveled to take on the Portland Trail Blazers on Wednesday night. The Heat are playing without injured stars Jimmy Butler and Bam Adebayo, and still don’t have reserve forward Markieff Morris back after his run-in with Nikola Jokic earlier this year. Despite a roster that has been badly compromised by injuries and Covid for most of the season, the Heat are still in the thick of the Eastern Conference playoff race.

Miami’s roster became even more shorthanded midway through the matchup with the Blazers. After receiving a technical foul earlier in the game, veteran point guard Kyle Lowry got called for his second technical foul and subsequent ejection during a bewildering moment just before halftime.

Lowry was apparently called for a technical foul for …. softly toss the ball back the referee? I think? Check it out here.

The good news for the Heat is that they won the game anyway, 115-109. Max Strus scored 25 points and hit seven three-pointers to help key the win for Miami. If the season ended today, the Heat would be the No. 4 seed in the Eastern Conference. That’s impressive given all compromised the roster has been all season.

A similar incident happened to Lowry last year when he was playing for the Toronto Raptors:

Lowry tossing the ball to the ref was certainly not worth of a technical foul. Maybe something he said was worthy of a second T, but it’s hard to blame him for being upset. These games with injured players count just the same as any other regular season game in the standings, and the Heat need all the wins they can to keep up with the Bulls, Bucks, and Nets.

The refs have to control the game without making themselves the stars of the show. In this instance, hitting Lowry with a technical foul that led to an ejection feels uncalled for.