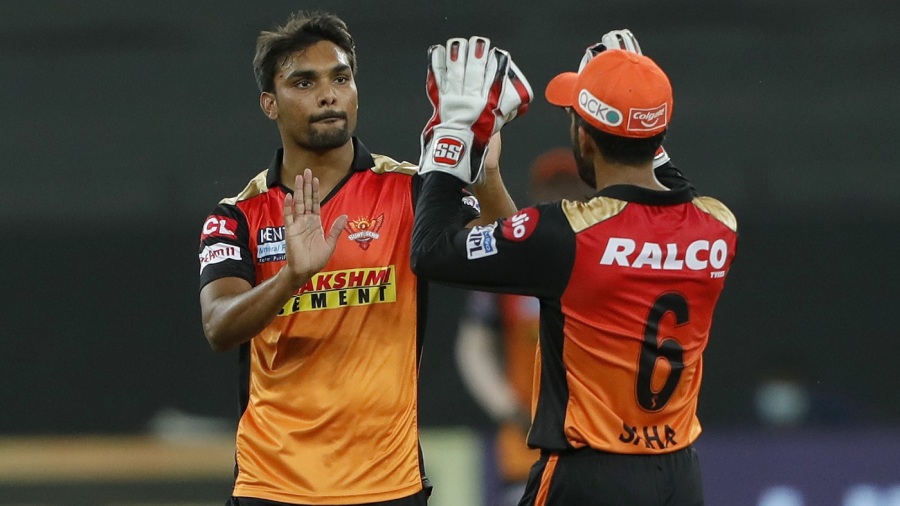 The XIs for you

Meanwhile, the Punjab Kings are choking again. Can they get over the line against RCB? Follow here.

5.20pm “With Russell and Ferguson struggling with fitness and not enough overseas players in the squad, the KKR XI is destined to be imbalanced if Morgan needs to keep his spot too,” chimes my co-commentator Sreshth Shah.

In the last game, KKR played Seifert instead of Ferguson, leaving the team with only four genuine bowlers and leaving part-timers Iyer and Rana to complete the fifth bowler duties. In 3.1 overs, the part timers conceded 37 against Kings and was a big reason behind their defeat.

Captaincy aside, the one man who has continued to take giant strides since the UAE leg began is Venkatesh Iyer. Our expert Carlos ‘Remember-the-name’ Brathwaite is mighty impressed.

Lots of chatter around the KKR camp around Eoin Morgan’s form. Wonder how the team management’s going to approach this. The flipside of appointing an overseas captain is that it can get awkward when it comes to picking their XI if he’s misfiring, like Morgan has so far this season. Do they stick with him? Do they hand the captaincy temporarily back to Dinesh Karthik? Should they play Shakib? Plenty of questions. And a few of these have popped up only because their team balance has also been hampered in the absence of Andre Russell.

For Williamson and his men, it’s just a matter of playing for pride and trying to finish a poor season on a high, like Chennai Super Kings did last year. They’ve moved on from David Warner, Manish Pandey and Kedar Jadhav. Their youngsters have finally been given a stretch of games. Can one of them impress?

If you’re in the USA, you can watch this game on ESPN+ in English, as well as in Hindi.

5.05pm Hello and welcome to the second our of Sunday double-headers. Kolkata Knight Riders are in a must-win against Sunrisers Hyderabad. And they have everything to lose as Sruthi Ravindranath notes in her match preview.

Mumbai Indians losing last night means KKR are firmly in control of their own fate. If they win their last two matches, their tally of 14 points and an excellent net run rate (currently 0.302) will almost certainly ensure qualification.

They can also qualify even if they lose tonight, but that will mean hoping that the three other teams who are currently on 10 – Mumbai, Punjab Kings and Rajasthan Royals – also lose at least one of their two remaining games and finish on no more than 12 points. Then Knight Riders could still qualify with a win in their last game against Royals.