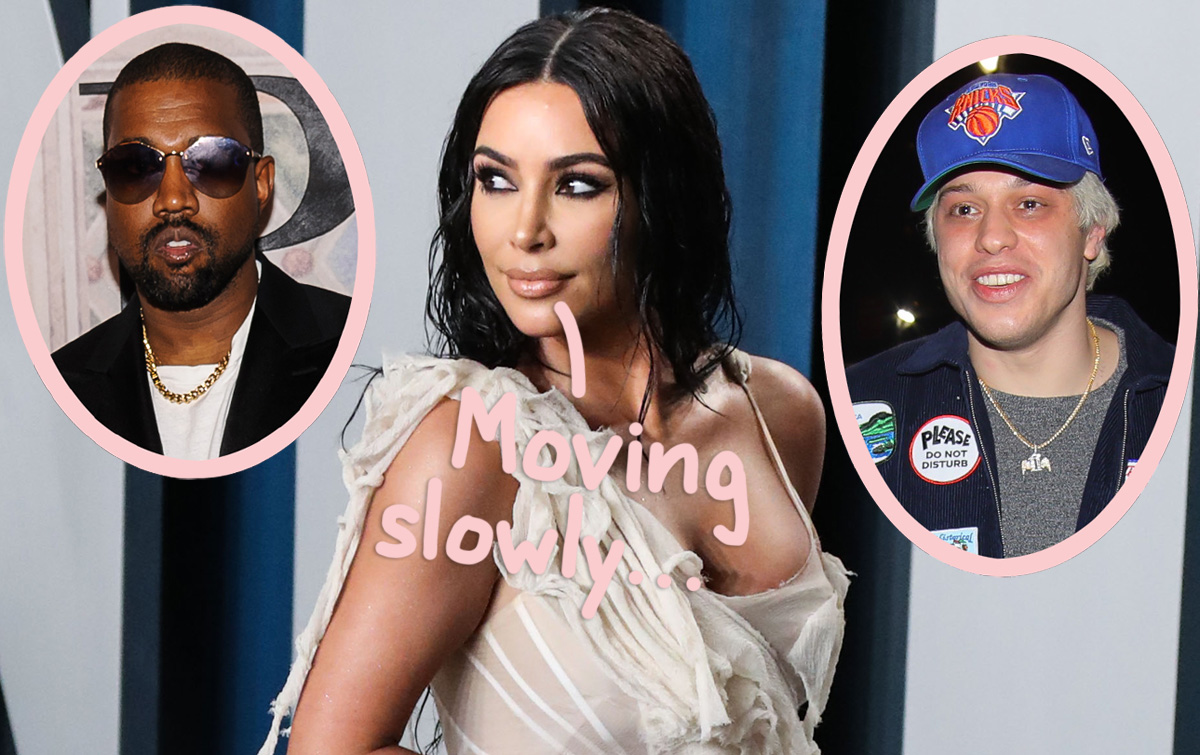 Sounds like Kim Kardashian is trying her best to be cognizant of estranged husband Kanye West‘s feelings!

As the Keeping Up with the Kardashians star continues to develop her romance with Saturday Night Live personality Pete Davidson, it’s clear that things are going very well between them. But that means trouble for Ye, who has been publicly pretty clear about his position regarding reconciliation with Kim amid their ongoing divorce.

According to an insider who spoke to Page Six about the situation between them, Kim has seemingly decided to keep things publicly low-key with Pete specifically because of that trouble.

In fact, for Kim, that means limiting her public outings with the SNL funnyman to group dates, “in hopes of keeping Kanye West from spiraling.” A source explained that dynamic to the outlet, saying how the momma of four wants to do things differently than sister Kourtney Kardashian does with her very public pronouncements of love with Travis Barker:

“The group outings are to spare Kanye’s feelings. Kim doesn’t want to do what her sister [Kourtney] does with Travis, the nonstop PDA photos.”

The source went on from there, explaining that Kim’s belief is that group outings lessen the pressure a bit:

“She thinks hanging out in a group makes it seem more casual. She wants to keep Kanye from being hurt and devastated.”

Of course, it makes some sense, as Kanye has been open about mental health struggles in the past. In some of those difficult situations, the rapper has spoken about how dealing with bipolar disorder makes him feel like “everything is a conspiracy,” so it seems to be wise on some level that Kim is trying to limit the issues there.

Still, it is pretty clear that Pim are doing really well together — and if that keeps going, one would imagine it will only be tougher over time to limit romantic outings for Kanye’s benefit.

It also doesn’t help that Yeezy just split with his own rebound relation, model Vinetria, earlier this week. Add that to his recent El Lay concert with Drake where the 44-year-old rapper openly pleaded with Kim to come back to him and the situation definitely feels uneasy, to say the least.

What do U think, Perezcious readers?? Is Kim doing something smart by trying to keep Kanye from spiraling along with the rise of Pim? Or is it not her responsibility to soften the blow on his end now, as she’s now able to date who she wants? Sound OFF with your thoughts on this touch-and-go situation down in the comments (below)…