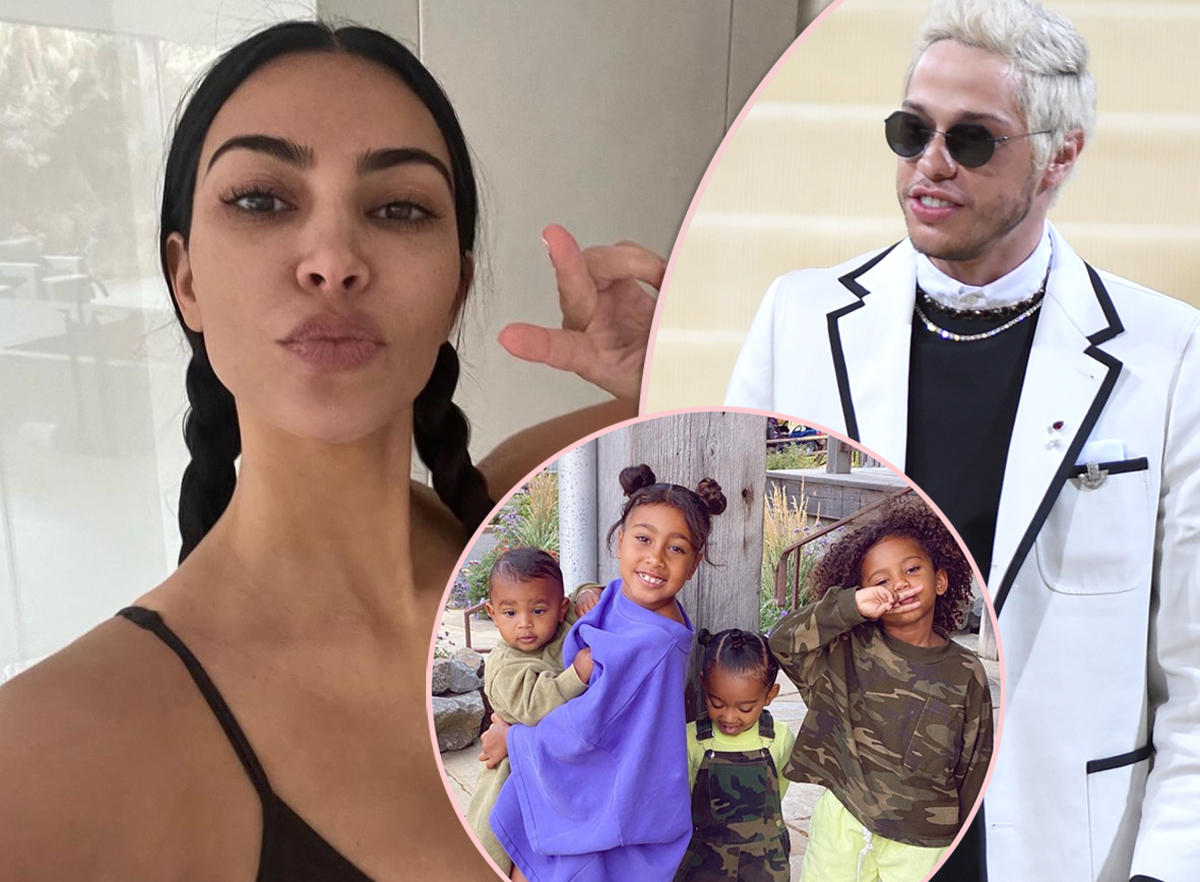 It looks like Kim Kardashian and Pete Davidson’s plans for celebrating the holidays are looking a tad different than originally expected!

Despite initial reports that the couple would spend Christmas together, an insider told People on Wednesday that the 41-year-old reality star actually will be spending the day with her four children — alone.

What?! Noting that the hot new couple just went out in Staten Island, the source explained:

“She had a good trip to New York. Pete took Kim to some of his favorite places. She had fun.”

“Kim is celebrating Christmas with the kids and won’t see Pete.”

Related: How Kim Kardashian Really Feels About Kanye West’s Pleas To Get Back Together!

It is unclear why the Saturday Night Live actor will miss the family shindig. We mean, the Kardashian-Jenner clan seemingly doesn’t have any qualms about his potential presence at the party. Even momager Kris Jenner is apparently “obsessed with him.” LOLz! When revealing Pim was all set to make an appearance at the annual Christmas party earlier this week, a source told E! News:

“[Kim] is really excited about having him around and Kris is already obsessed with him. The whole family is a fan of Pete’s and would love to spend a holiday with him.”

However, the insider noted that there was a possibility of ex-husband Kanye West also attending the get-together. Without a doubt, that would potentially make for an awkward run-in — especially after the rapper’s public pleas to rekindle his and Kimmy Kake’s relationship!

So what gives? Is this all just a last-minute change of plans? Is Kim trying to spare Ye’s feelings? Or was this the actual plan from the start? We’ll have to wait and see what happens later this week!

But fear not, fans of the power couple, there is definitely no trouble brewing between them! They’re definitely still spending some quality time together before the big day. Although they won’t see each other on Christmas day, a different insider for People claimed Pete is still in Los Angeles with the Keeping Up With the Kardashians alum and that the two will hang out together until the holiday. During which time, the comedian will most likely give Kim the gift he picked up earlier this week from the jewelry store XIV Karats! Still no word on what the present is at this time, but we definitely expect to see Kim wearing it out in January!

What do YOU think, Perezcious readers? Did Kim change her mind about having Pete over for the holidays? Did Ye showing up cause them to tweak things? Or do you think they never planned to get together for the day in the first place? Drop your thoughts in the comments (below).