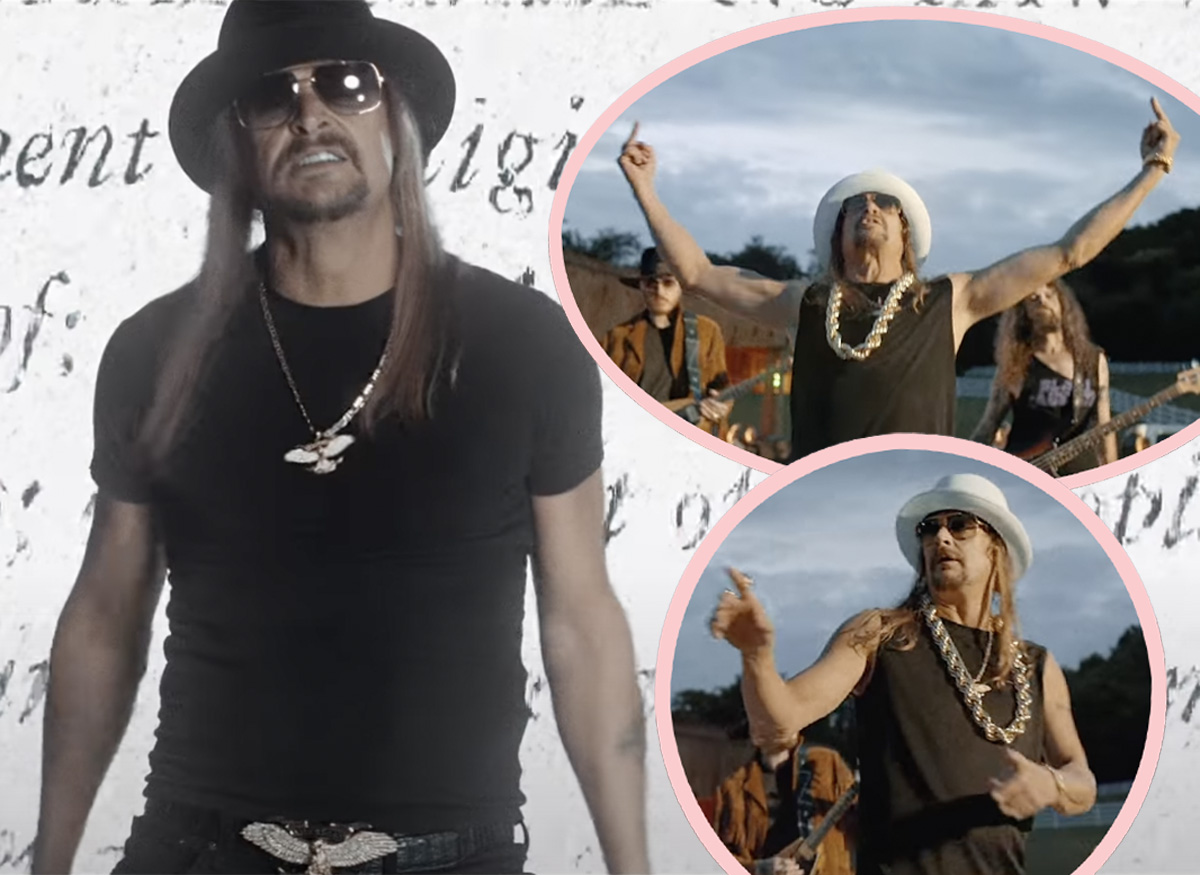 We’re ready to claw our own eyeballs out after this one.

Kid Rock is evidently extremely upset that young people have the gall to fight for a more just and equal society, and he’s responding in the only way he knows how: by releasing a truly terrible new song about political correctness and “woke” culture.

The song, called Don’t Tell Me How To Live (subtle…), was released late this week along with an accompanying music video.

Enraged at what he believes to be “minions” and “their agendas” in the world, the Detroit native calls millennials “snowflakes” and uses all the other tired insults that haven’t changed for years.

Yes, a hate-view is still a view, and we regret even writing about it for that reason, but f**k, man, this is trite on an entirely new, low level:

Who TF does this appeal to?! It’s the most boring boomer energy meant for aggrieved right-wing weirdos mad that they can’t tell racist jokes any more.

Come to think of it, Donald Trump Jr. is probably eating this s**t up with a spoon! (We wouldn’t know, though; Don Jr. blocked us on Twitter because he’s a snowflake!)

Anyways, back to Kid Rock: if he wants to make political songs, hey, whatever. It’s a free country!

But has this guy ever heard of metaphors? Who is writing these lyrics, a 15-year-old who just read Ayn Rand for the first time?!?! Not much artistic achievement in hammering “woke” and “PC” in 2021. Do something original!

Then again, we don’t really expect much from Kid Rock anyways, so maybe we shouldn’t be surprised.