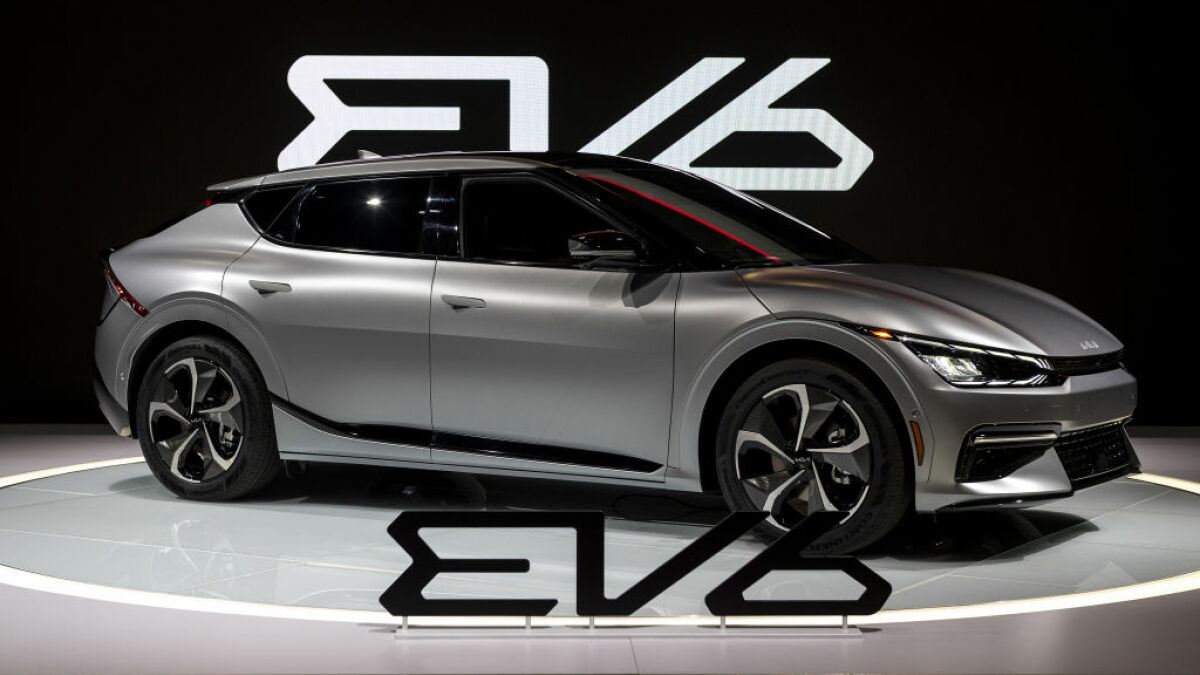 Kia’s newest electric car is a speed demon at the charging station.

The Korean carmaker announced Wednesday at the Los Angeles Auto Show that its new EV6 crossover can officially “refuel” more quickly than any other electric vehicle.

Plug it in.
Credit: Christopher Dilts/Bloomberg via Getty Images

Tesla previously held the record for shortest charging on the same route back in 2015 in a Model S at 12 hours, 48 minutes, and 19 seconds.

The charging achievement shows how EVs are picking up the pace. The average charging stop was under 20 minutes for the EV6. Its 800 volt system takes only 18 minutes to go from 10 percent charged to 80 percent.

The car’s long-range 77.4 kWh battery has a 315-mile range that’s built on Kia’s new Electric-Global Modular Platform (E-GMP). The newest Tesla Model S has a 100 kWh battery and over 400 miles of range.

The EV6 is scheduled to arrive in the U.S. early next year.

At the LA Auto Show, Kia also revealed a new hybrid version of its Sportage compact SUV. With a full tank of gas and fully charged battery, it can travel 500 miles.