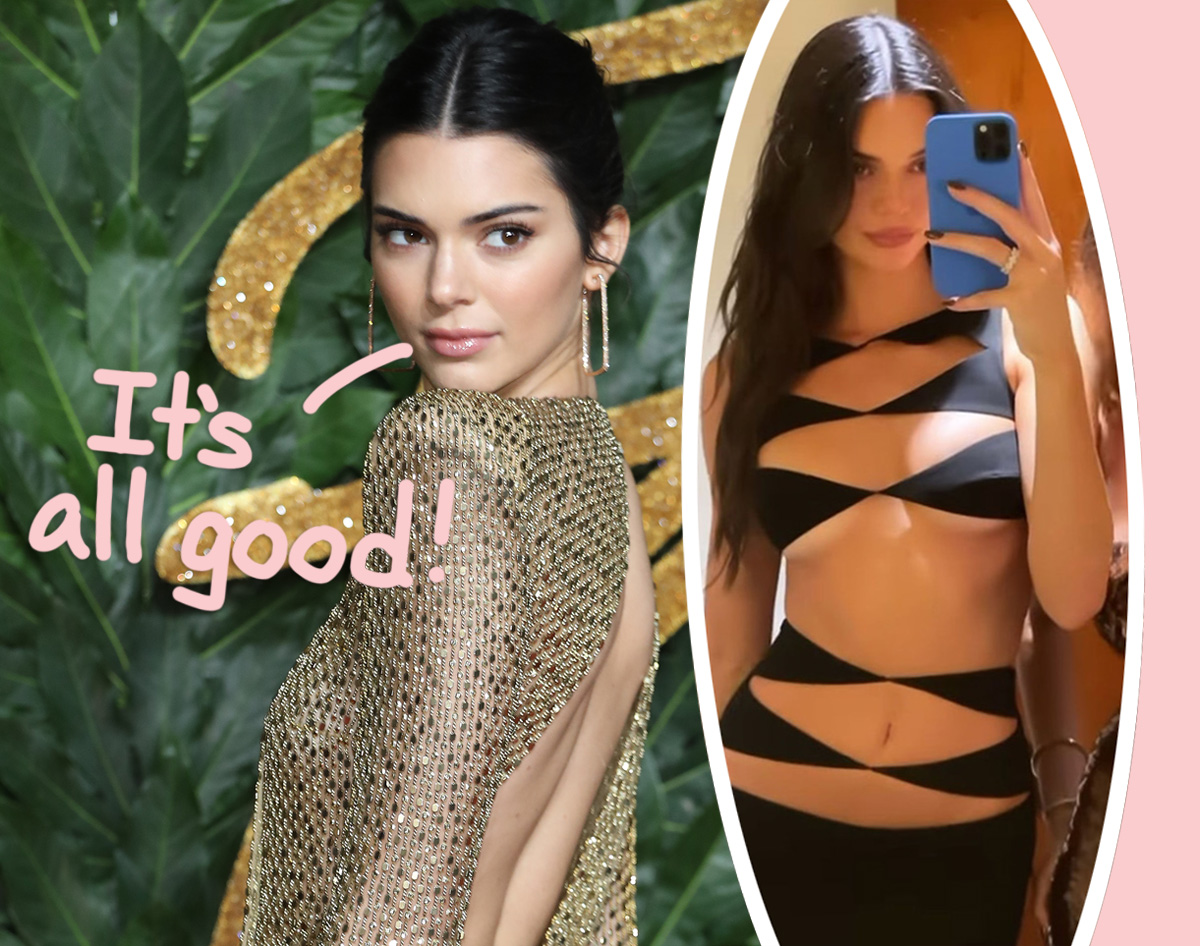 Don’t come for Kendall Jenner, thank you very much!

The Keeping Up With The Kardashians star turned heads for some of the wrong reasons back in November when she rocked a racy dress at pal Lauren Perez‘s high-end wedding down in Miami. And even though fans clearly felt some type of way about Kendall’s non-conventional look for the November nuptials, she never responded to any criticism… until now!

Related: Kendall Opens Up About How She Learned Her Little Sister Was Pregnant Again!

As you may recall, Kenny was one several high-profile attendees at Perez’s pairing. Joined for the night by pal Hailey Bieber and other stars, the 26-year-old model lit up the venue in a risqué all-black Mônot cut-out dress that BARELY had her covered!

Kendall shared some sexy and impromptu Instagram snaps from the mid-winter evening, as you may remember (below):

But beyond quick shots like that, Kylie Jenner‘s big sis gave no public comment on any other indication of the reaction to her very fashion-forward and show-stopping wedding attire! So naturally, with the internet being what it is, fans furiously furrowed their brows and claimed Kenny was diverting attention away from the bride at her big day!

Well now we know that claim is not valid. At least not in the eyes of the bride! Last week, Perez herself took to Instagram to post a series of professional snaps from her wonderful wedding (you can see them HERE) and the conversation in the comments quickly turned to Kendall!

One commenter felt some type of way about the barely-there cut-out look, writing (below):

“Inappropriate outfit at a wedding @kendalljenner, I’m embarrassed for you. #cringe”

But quickly, others stepped up! Another fan reacted to the initial commenter and questioned whether the bride was even that put off by Kendall’s amazing attire:

“If the bride herself doesn’t gaf, why do you care, relax?”

Good comeback! And a valid response! At that point, Lauren herself jumped into the mix, replying to that second comment with her confirmation that everything was copacetic with Kenny:

“tell ‘em! SHE LOOKED STUNNING AND I LOVED IT!”

So all should be settled then, right?! Well, not before Miz Jenner gets a say!

Kendall entered the chat after Lauren’s reply, sharing her own double-confirmation that the duo apparently talked about it before the wedding and wisely worked things out regarding the reality TV star’s show-stopping outfit:

“Obvi, asked for your approval in advance, too. We love a beach wedding.”

So there you have it! No drama, no cringe, just an appropriate adult interaction about asking for approval in advance. Seems like it’s all good to us!

And we love a beach wedding, too. Even better that the bride had enough self-confidence to allow her friends to shine by her side through it all, as well! Everybody wins!!!

What do U make of this wedding weekend reaction, Perezcious readers?! Sound OFF with your take on Kendall’s kouture down in the komments (below)!