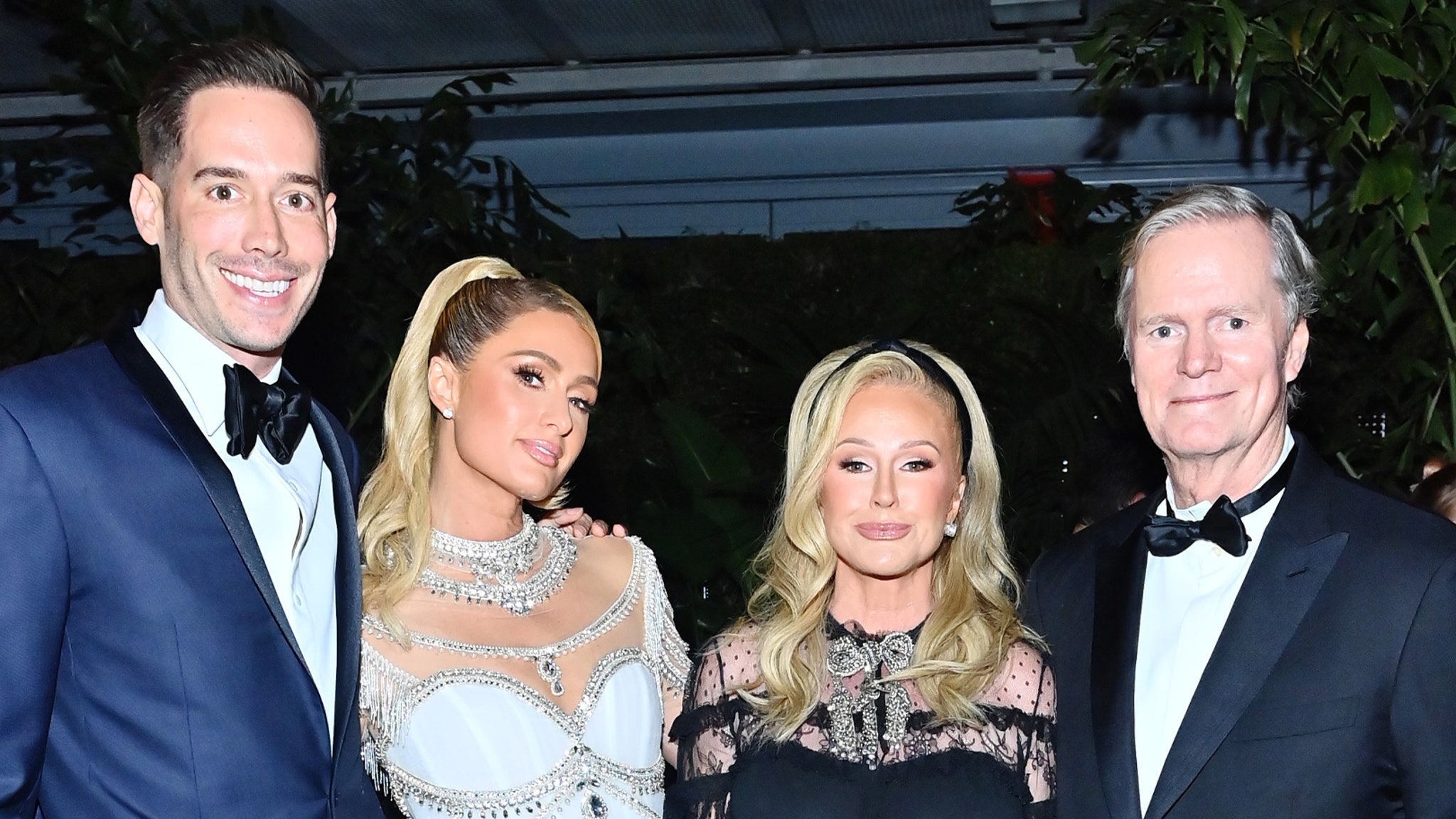 “He’s got his mitts into everything,” the “RHOBH” star said of her son-in-law, whom she calls “the octopus” and “groomzilla.”

Kathy Hilton is sharing why her son-in-law, Carter Reum, rubbed her the wrong way back when they were planning his and Paris Hilton’s wedding.

While appearing on Monday’s episode of “The Tonight Show Starring Jimmy Fallon,” Kathy, 62, and Paris, 40, played a game of “Life Coach,” in which they gave advice to seemingly anonymous viewers.

At one point, Jimmy Fallon read a question from a viewer who asked: “I really want to quit my job and travel, but I’m afraid of finding work when I get back. Should I just do it anyway?”

Kathy immediately — and possibly jokingly — pointed out who she believed wrote the question. “I think it’s ‘the octopus,’ Carter.”

“What?” Jimmy asked, to which Paris explained, “She calls Carter ‘groomzilla’ and ‘the octopus.'”

Kathy then explained why she refers to her son-in-law by those nicknames: “Because he’s got his mitts into everything.”

After Paris said it had “nothing to do with him,” Kathy said he just traveled with Paris “on a long holiday” on their honeymoon. Paris stressed that her husband was “working non-stop,” noting that you can “work from anywhere” because of Zoom.

Kathy said she understood, before then detailing the issues she had with Carter, 40, while they were planning his and Paris’ nuptials.

“He’s got his mitts into everything,” Kathy repeated, adding, “And Paris is right. She goes, ‘Mommy, he means well.'”

The wedding fell on the same day as the premiere of the couple’s Peacock docuseries, “Paris In Love,” which follows Paris and Carter’s journey to the altar.

The tension between Carter and Kathy about wedding planning was documented in the series. During the November 18 episode, per PEOPLE, Kathy took issue with Carter taking over wedding planning, such as calling their then-possible wedding venue, the Beverly Hills Hotel.

“I’m the final call — whoever writes the check. I mean, do you know what I’m saying?” Kathy explained. “This is like, my wedding too. How do you think it makes me look and feel when the son-in-law-to-be has already called over there?”

Kathy told Paris’ that her then-fiancé should “stay in his lane” when it came to planning the nuptials.

“Well, the thing is, I’m happy to stay in my lane,” Carter admitted to Paris after she had relayed what her mom said. “We just need you and your mom to get into a vehicle and start moving in your lane. And that lane seems like there’s a car accident and no cars are getting through. I’ll tap her in, tell her Carter will stay in his lane. I just need someone else to go in the lane to start doing stuff.”