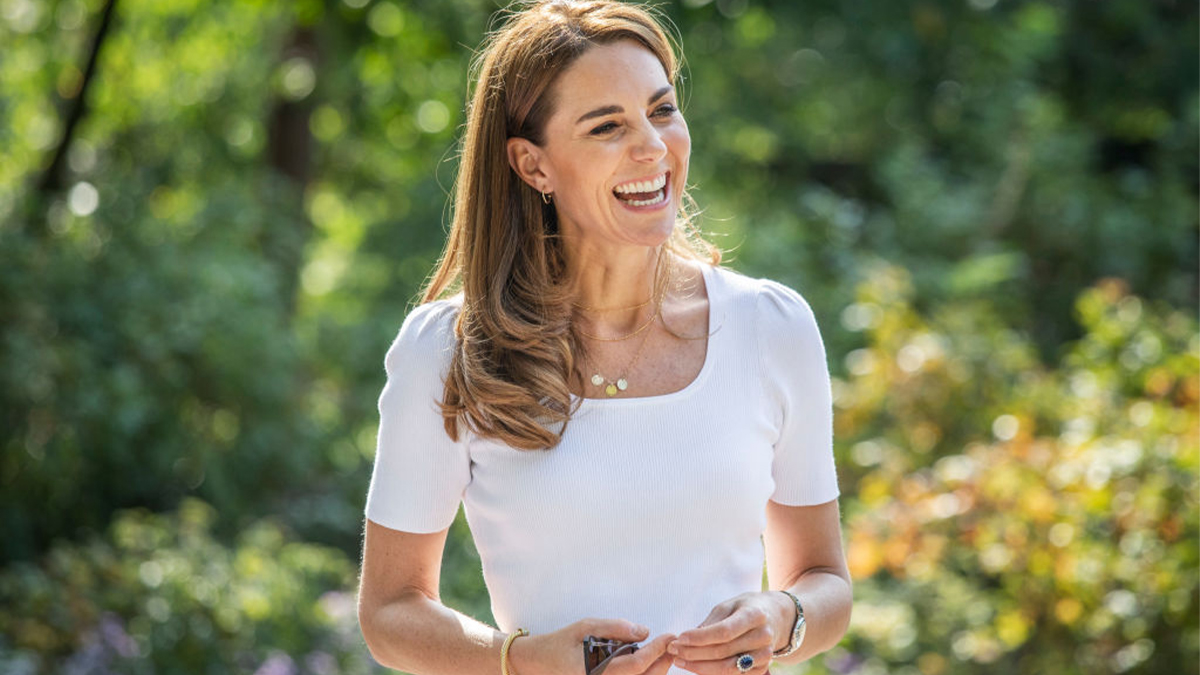 Kate Middleton has channelled the late Princess Diana in a stunning all-white ensemble at her latest royal engagement. Diana was known for her chic fashion sense and was often spotted in pristine white blazers, which she would pair with everything from tailored skirts to flowing dresses.

There was the double-breasted white blazer she wore with a Catherine Walker dress to the Cannes Film Festival in 1987.

In 1986, she accessorized with a thick black belt worn over a white blazer and then in 1995 she arrived in Buenos Aires in a classic white skirt suit. In fact, Diana was so fond of a tailored white blazer that she was even spotted recycling the same styles years apart.

Now Kate has taken a leaf from her late mother-in-law’s style book and donned her own white blazer with a chic modern twist. Meeting with partners who helped bring her Hold Still photo project to life, she looked elegant for one of her first in-person engagements in weeks.

Kate wore a blazer dress with a chiffon midi skirt by Self Portrait, a brand loved by her and other royals including Princess Beatrice and Meghan Markle. The skirt’s delicate fabric and midi length kept the look young and fresh, and the royal styled it with minimalist jewelry and her hair in a sleek ponytail.

It’s not the first time Kate has taken inspiration from Diana’s wardrobe and likely won’t be the last. She chose the outfit for a special gathering with the people who made her Hold Still photography project possible. The project, which she began during the UK’s first coronavirus lockdown in 2020, encouraged British citizens to document their experiences through photos.It inspired a massive outpouring of support and later spawned a photography book which debuted this May titled Hold Still: A Portrait of Our Nation in 2020.

On Wednesday, in the UK, Kate shared photos from her meeting with all the people who were involved remotely during the lockdowns.

“Thank you to the brilliant partners who made Hold Still a reality!” she wrote. “It took a long time to bring everyone behind this incredible project together in person but tonight we finally managed it.”

Kate went on to thank all the people across the UK who contributed to the lockdown project: “The most special thanks must go to the thousands of people across the country who took time to share their experiences of lockdown. Without them, the project really would not have been possible.”

This article originally appeared on our sister site, Now to Love.