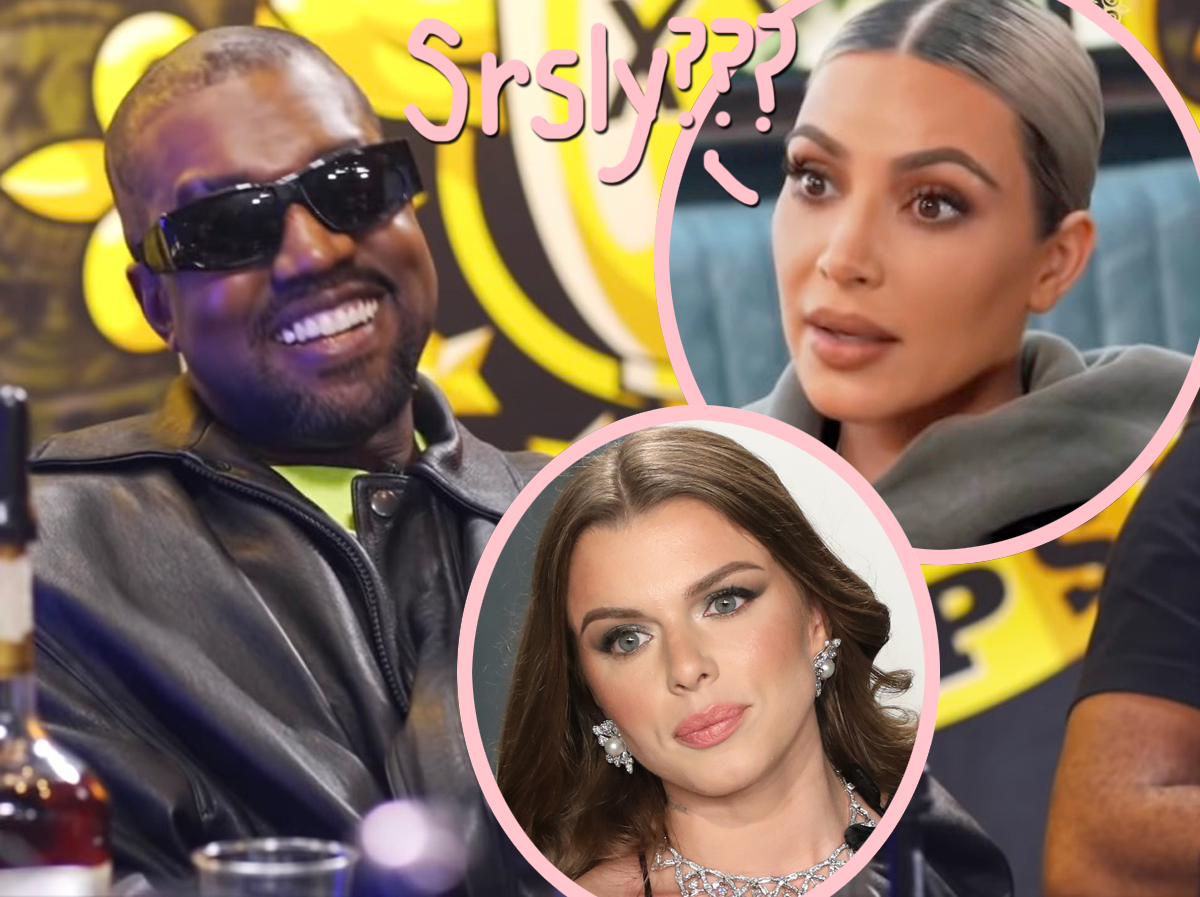 Well, we should have seen this one coming!

VERY shortly after Kim Kardashian and Pete Davidson made headlines for their adorable PDA, Kanye West appears to be stealing the spotlight with his new love interest, Julia Fox.

TMZ reported that the new couple dined at Delilah in West Hollywood with a star-studded entourage (including Madonna, Floyd Mayweather, Antonio Brown, The Game, and Evan Ross).

Related: The Opposite Of Kanye? Kim Loves How She Gets To Be ‘Herself’ With Pete!

But it wasn’t the dinner date that sparked interest; it was the very deliberate lip lock outside the restaurant. Yep, it seems that the rapper decided to one-up his ex-wife by mackin’ on his new girl in front of the cameras. (You can see the pics for yourself HERE.) The kiss doesn’t seem passionate at all, but it DOES seem very pointed. We mean, they’re basically posing for the paparazzi!

Despite the weird “anything you can do, I can do better” vibe of the situation, there’s remarkably little drama (at least, for everyone but Ye, who clearly thrives on the drama based on this and his many other stunts). Julia is on the record as a huge Kardashian fan, Kim is happy that her ex is happy, and Pete is reportedly unbothered by the Grammy winner’s stated desire to win his wife back.

If the Heartless vocalist wants to play the “who has the better rebound” game, well, we’re glad he’s found someone as down for the theatrics as Julia. We have to admit we’re enjoying the show!