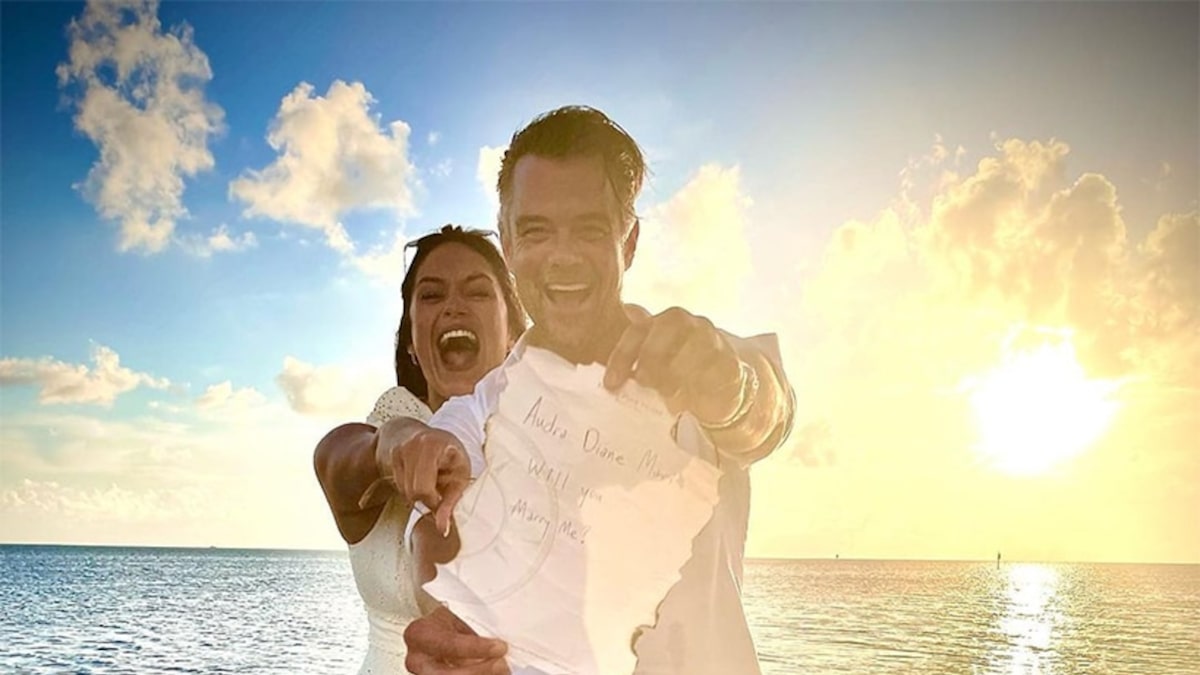 Duhamel posted the news — and an ecstatic photo of the pair — to his Instagram Saturday, writing, “It’s on!! She found a message in a bottle that washed ashore and said YES!!”

In the pic, he holds a crumpled piece of paper with the message, “Audra Diane Mari, will you marry me?”

One of the first to comment on the image was Duhamel’s ex, Fergie. The mother of his 8-year-old son Axl Jack Duhamel wrote, “Congrats!!!” with six green heart emojis.

The two have been together since 2019, just before he and Fergie finalized their divorce after eight years of marriage.